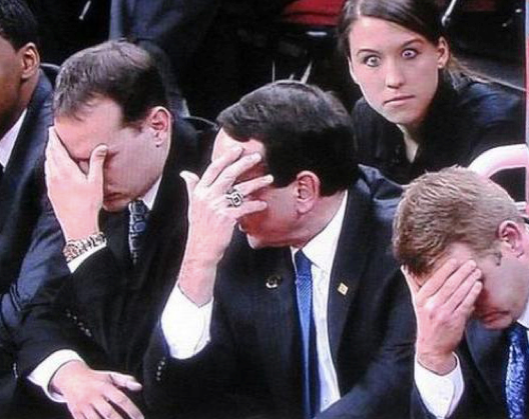 The late Col. Jeff Cooper once called double action semiautomatic handguns “an ingenious solution to a non-existent problem.” So too are “smart guns.”  It’s an issue I’ve addressed at PJ Media: Why no childproof guns” Technology the barrier, not NRA.  I’ve also repeatedly addressed it at SMM:

Smith & Wesson still feels the wound it suffered two decades ago when it decided to invent smart guns.

The idea was to invest heavily in the development of personalized weapons that could be firedonly by a single person: the gun’s owner. This was considered a nearly science-fictional proposition in the late 1990s, years before the world was filled with smartphones and finger sensors. But consumer backlash against the project drove the gunmaker to the verge of ruin, and Smith & Wesson recently told shareholders that the corporate bleeding touched off by this long-ago episode has never fully stopped. ‘Sales still suffer from this misstep,’ the company said in a February filing with the U.S. Securities and Exchange Commission.

The ordeal also didn’t lead to technical breakthroughs, and Smith & Wesson never brought a smart gun to market. Nor has Sturm, Ruger & Co., Remington, Colt, Winchester, Mossberg, or Glock. It’s not clear that any other major gunmaker has seriously tried.

The authors fail to mention that S&W also aligned themselves with Bill Clinton in his general gun banning fervor, apparently under the assumption the alligator would eat them last.  The issue then, and now, was not smart guns. They have never existed in any commercially viable form.  Americans were concerned, and remain concerned, that Leftist’s supposed concern for “gun safety” is merely gun control repackaged, just another attempt to destroy the Second Amendment.  Part of Smith’s problem–besides consciously angering its customer base–has also been, until recent years, being slow on the research and development draw; they weren’t designing and marketing guns people wanted to buy.  They weren’t innovative and keeping up with the competition as led by companies like Glock. 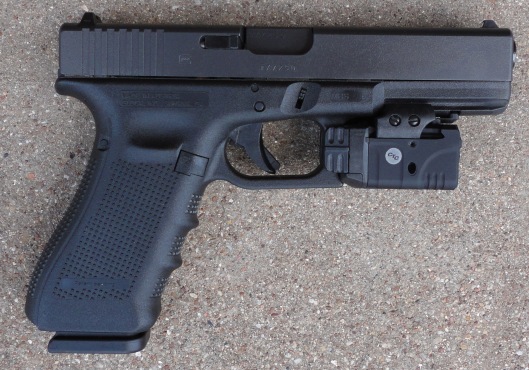 The authors engage in the usual deception:

No one involved can quite agree on who’s to blame for the standstill. Gun manufacturers fault difficult-to-navigate technology. Investorsand entrepreneurs are sure that restrictive legislation has created a dead end. Politicians blameeach other.

Nobody blames the free market. Nearly half of gun owners in the U.S. would consider buying a smart gun, according to a Johns Hopkins University study. (Michael R. Bloomberg, founder of Bloomberg News parent Bloomberg LP, is a donor to groups that support gun control.) The promise of guns that can be used only by one person is that there will be fewer fired by accidentor by someone who shouldn’t have access to a gun, and fewer sold on the black market.

It’s one thing to answer a hypothetical question in a survey, it’s another thing to see how that answer would play out in the marketplace if an when a viable design is ever produced.  And the promise they mention is akin to Barack Obama’s “if you like your doctor, you can keep your doctor.

I can point to who and what to blame, as I’ve been doing for years and will do yet again in this article.  The authors reasonably point to a venture capitalist anxious to fund the technology, but just can’t find any, not only because there is no viable technology, but because the designs are themselves unsafe:

Gunmakers have pointed to these same potholes. In a reportfiled with the SEC in February, Sturm Ruger described flailing RFID technology and ineffective biometric readers as ‘difficult design issues’ that prevent the development of a smart gun. ‘Despite blanket assertions to the contrary,’ the company wrote, ‘no proven user-authentication technology exists.’

Of course, the NRA is at fault:

The NRA vilified the partnership with Clinton, in the meantime, and Smith & Wesson customers revolted, eliminating at least 40 percent of the company’s business. The corporate meltdownconvinced major gunmakers to all but abandon the concept. By the time Virginia Chandler, Smith & Wesson’s former vice president of new product development, arrived at the company in the mid-2000s, smart guns were nowhere to be found on its product road map, not even on a skunk works wish list. ‘Smart guns were never even brought up,’ says Chandler, who worked there through 2013 and now works with a smart-gun startup. ‘I remember seeing the prototypes in the archives and asking, ‘Did these ever work?’ [My colleagues] were like, ‘Oh no, we could never get them working.’ 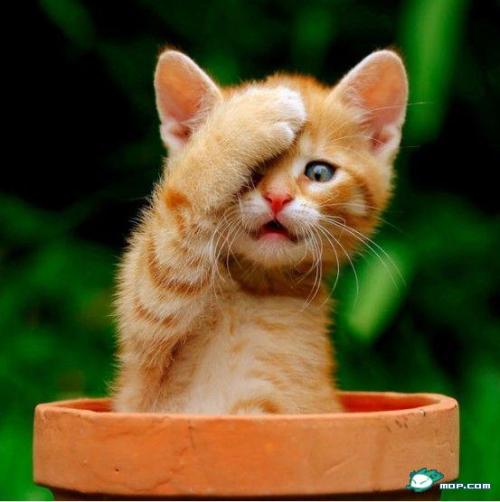 Hmmm. Can’t make the technology work, and can’t make a profit?  I can’t see why any company wouldn’t find smart guns a great concept and pour billions into it.  Besides no profit potential and no functional technology, here’s the other primary reason smart gun owners, and supporters of the Constitution, oppose not smart guns, but attempts to mandate them:

A decade-plus of disinterest from the gun industry has been aided by a well-meaning liberal lawmaker. Loretta Weinberg sponsored the New Jersey Childproof Handgun Law, which passed with bipartisan support in 2002. ‘Childproof’ was a euphemism; the bill was part of a state initiative that funneled millions of taxpayer dollars into jump-starting research into smart guns. It also included a provision that enraged gun-rights activists, accidentally doing more to deter than encourage research.

The bill stipulated that once smart guns went on sale anywherein the U.S., New Jersey’s gun dealers would have three years to take all other weapons off their shelves. If anyone sold a smart gun, in other words, all guns sold in New Jersey would have to be smart.

The NRA feared the New Jersey legislation could spread to other statesand quickly urged its millions of members to protest. The group said in a statement that it doesn’t oppose research but ‘opposes any law prohibiting Americans from acquiring or possessing firearms that don’t possess ‘smart’ gun technology.

The article, despite the premise/slant that smart guns are necessary and virtuous, is perhaps the most balanced I’ve seen. To fully understand why, if they’re such a great idea, they have never caught on, the links to my articles will provide pertinent facts.  Let us, however, summarize the primary issues: 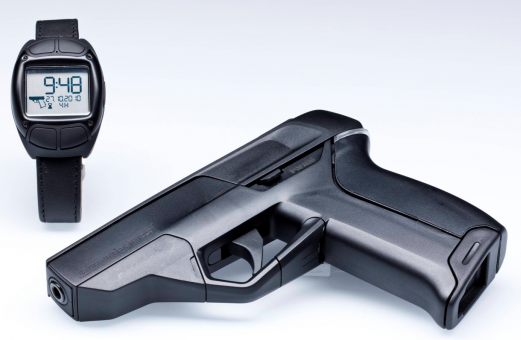 Profit Potential: the most recent example of the epic failure of cost effective smart guns was the Armatix iP1.  It was a .22LR handgun/receiver with a corresponding watch/transmitter.  The German company that made it filed for bankruptcy in 2015.  It failed because the .22LR cartridge, while useful, inexpensive and ubiquitous, is a poor choice for personal defense.  It was quickly discovered its electronics could be easily spoofed, something the company knew, but  tried to downplay.  But the worst problem was the cost: $1400 dollars for the handgun and $400 for the watch. Compare this with the $300 dollar range for reliable, conventional guns of the same general category, and it’s not hard to see why companies aren’t interested.

Technological Viability: the theory of smart guns is they will work reliably under all possible conditions, granting immediate access to a single user, and denying it to all others. This works in the movies, but not at all in reality.  A hacker with no firearm experience was able to make a device for only $20.00 that would allow anyone to use an Armatix iP1.  While it is now possible to sufficiently miniaturize components to fit in a handgun, there is no technology sufficiently reliable for a gun whose failure to immediately fire when needed could result in the user’s death.  Another major issue is it is often necessary for multiple people to be able to use a firearm.  Failing this could also kill the innocent.

Constitutional Questions: the primary reason for the Second Amendment is to enable Americans to deter, and if necessary, depose, a tyrannical government.  Contemporary Leftists feign outrage at the mere recitation of this undeniable historical fact.  Some even suggest that the mere idea is somehow unpatriotic, or even treasonous.  As the Heller decision confirmed, the right to keep and bear arms is an unalienable, individual right.  This is an express, not an implied right. Smart gun legislation like that of New Jersey is a thinly veiled attempt to ban all guns with the exception of very expensive alternatives, which would also serve as a stealth ban for those unable to afford them.

The NRA and others that support the Constitution do not seek to deny any manufacturer the ability to market a smart gun.  They merely seek to prevent infringement on the constitutional right that secures all others.  They know those that would take this right are not concerned about saving lives; they’re concerned with seizing ultimate power.  Marketing smart guns isn’t an issue for such people.  Trying to force everyone to buy one, or go unarmed, is.

There is nothing untoward about manufacturers refusing to design and market a product that will lose money.  There is nothing evil in Americans refusing to allow the infringement of their fundamental rights.  There is no virtue in trying to force others to buy products that they don’t want, that don’t work reliably and whose failure could result in their deaths. Above all, there is no evidence smart guns, even if they were inexpensive and perfectly reliable, would save more lives than they could take when people who desperately need a gun can’t fire it.

Smart guns, and those pushing them, remain particularly dumb.

14 thoughts on “Smart Guns: Tripling Down On Stupid”