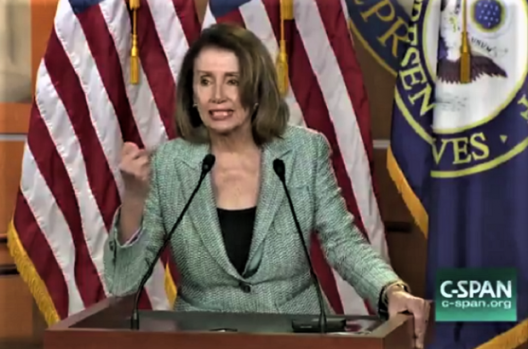 Did you know, gentle readers, Republicans are forcing helpless Democrats to impeach President Trump against their will?  It’s true.  Nancy Pelosi says so, as The Hill explains:

House Democratic leaders facing liberal calls for impeaching President Trump are confronting increasing pressure from an unlikely faction: Republicans who appear eager to goad them into it.

Speaker Nancy Pelosi (D-Calif.) and her leadership team have repeatedly sought to defuse the appeals for impeachment hearings, deeming them premature, and some Democrats sense the Republicans are setting a political trap to boost their ally in the White House.

But recent stonewalling actions by the administration have only fueled the liberal push to oust the president, complicating leadership efforts to keep a lid on the campaign.

Stonewalling? Oh, I see.  Refusing to violate the law is now stonewalling.  Of course…

They would love to drive this to an impeachment because they think it will be their political salvation,” Rep. Jamie Raskin (D-Md.), a Judiciary Committee member, said of Republicans.

Somehow I think the Dem’s policies–such as they are–will be Republican political salvation, not that Republicans won’t do everything they can to snatch defeat from the jaws of victory.  They are, after all, The Stupid Party.  And speaking of stupid: 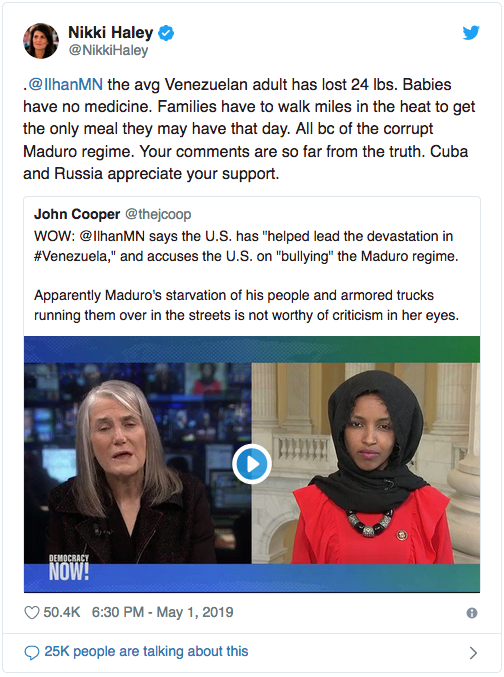 Riiiiight. It’s all America’s fault.  I’ll give Omar this: not only does she blame America first, she’s an Islamist, so she wants to destroy America first.  I seem to remember something about President Trump sending medicine and food to Venezuela, but Maduro refusing it… Even The Washington Post had to, sort of, take America’s side.

Perhaps not, but they are, thanks to Maduro, rat, dog, cat and zoo animals eaters.  And speaking of Joe Biden, Powerline assists:

A “Freudian slip”? He wants to resurrect Lady Thatcher?  He wants to sniff her?  That, gentle readers, is only a taste of the idiocy awaiting us if Biden gets the nomination.  Revisit this from 2012:

My mother believed and my father believed that if I wanted to be president of the United States, I could be, I could be Vice President!’ –Joe Biden, campaigning in Youngstown, Ohio, May 16, 2012

And the following is world class stupid, but considering it’s coming from Rep. Eric Swalwell, who has threatened to use nuclear weapons against Americans willing to fight to preserve the Second Amendment: 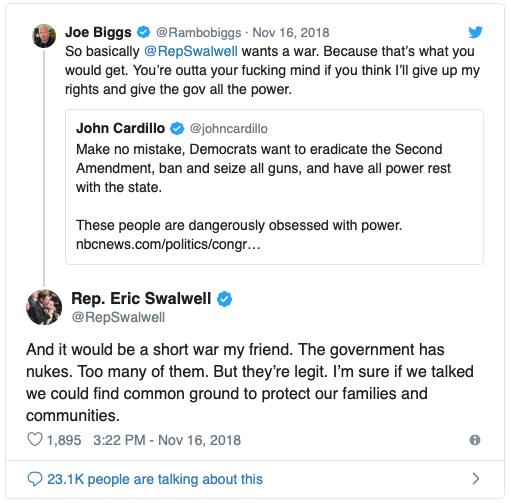 But that’s far from his latest:

Wow!  I didn’t know that!  And guess how many times the Constitution says “Man.”  Go on, guess! That would be zero.  The Constitution refers to “ourselves, “the people,” “citizens” and “person[s].”  The last time I checked, and because I’m an English teacher I do that pretty much every day, each of those includes women.  They really should exclude Sawallwell.  I’d argue he’s not smart enough to qualify as human.

It’s hard to tell who is more stupid here: anyone who thinks AOC a superhero, or CNN for thinking it news:

Yeah, me neither Natalie.  Me neither.  I also can’t understand why you can’t capitalize “I” when referring to yourself, but I’m picky that way.

So that’s why the economy was such a disaster under Obama!  Businesses voluntarily destroyed themselves, their shareholders and employees just because they didn’t like Obama.  Wow.  I never would have thought of that!

Uh, isn’t Gay Pete suggesting God is on Democrats–and his–side?  And isn’t he the guy who’s attacking Christians in general, and Vice President Pence in particular for imaginary thought crimes?

Wait a minute: isn’t it Democrats like Nancy Pelosi and Adam Schiif that are claiming Republicans aren’t honoring elections? 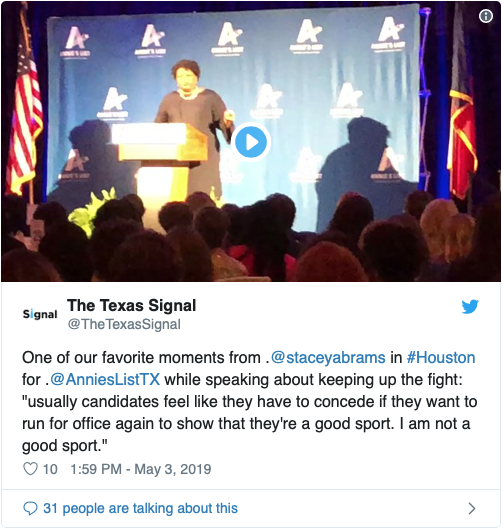 So we don’t have to concede elections anymore?  That will make things easier–and bloodier. 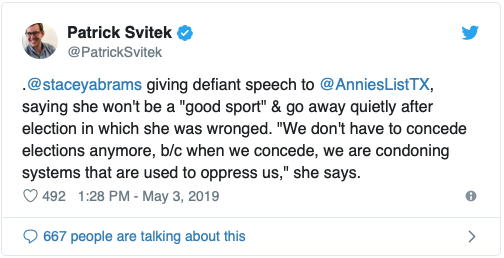 I’m sure, gentler readers, you’re aware of The Babylon Bee:

The fact-checking site Snopes has once again put its considerable talents behind debunking a satirical story mocking a freshman House Democrat, in this case Rep. Ilhan Omar (D., Minn.).

The Babylon Bee, a Christian conservative-leaning satire site, went after Omar’s repeated anti-Semitism controversies with a story on Monday headlined, “Ilhan Omar: ‘If Israel Is So Innocent, Then Why Do They Insist On Being Jews?’

That’s right, gentle readers, the “fact checking” site fact checked a satirical article.  I can’t think of a better reason to think all fact checking sites absolutely serious and accurate, can you?

Too stupid to survive…