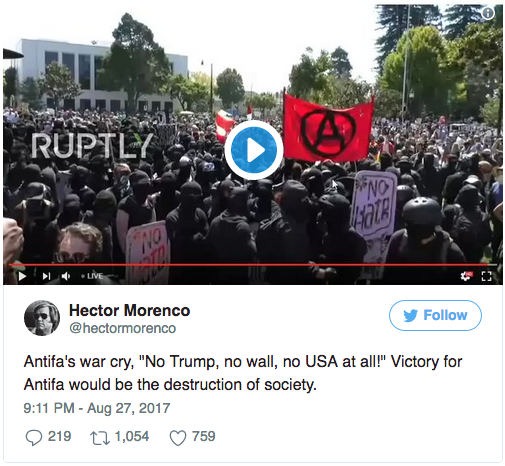 I recently chanced upon an article in The Daily Wire that attempted to explain our current divisions:

Over the weekend, we saw the best of America: Americans helping Americans in Houston. Race, creed, color — none of it mattered. Americans were in need, and other Americans moved to help them.

Meanwhile, in Berkeley, we saw the worst of America: Americans, garbed in black, helmeted, wearing bandannas over their faces, assaulting peaceful protesters merely there to exercise their free speech rights. We saw the police stand down. We saw assaults in the streets. 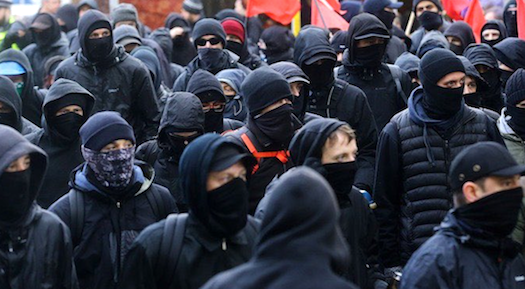 Human beings unify in the face of an existential threat. It’s why members of the military become brothers; it’s why the West unified in opposition to Communism; it’s why Americans unified after 9/11.

In Houston, the existential threat is nature. And Americans who wouldn’t share a meal are now sharing speedboats, attempting to help each other survive her wrath. Survival is the top priority; death is the ultimate enemy.

The article suggests those on the right have similar beliefs which are equally invalid. It’s right, as far as it goes, but “existential” is defined as “of, relating to or affirming existence.” It is accordingly often misused.  It’s misused to mean “serious” or “substantial” instead. The Palestinians and allied groups surrounding Israel pose an unquestionably existential threat to the Jews. Their very reason for existence, as recorded in their foundational documents, is the genocide of all Jews. They teach their children hatred and murder. The supposed threat and violence of conservatives invited to speak on college campuses is surely not existential. In fact, it doesn’t exist. Leftists need only ignore such speakers and their angst-ridden, fearful lives will be affected not in the least.

It is unlikely the Antifa, and allied socialist/communist/progressive thuggish movements, are truly existential threats, but they are an existential threat of a kind: they threaten the existence of the Constitution and the rule of law. With the fall of those foundations of the republic, so too falls America.

The author of the article suggests directly that so-called “white supremacists” are, in kind and degree, precisely like the Antifa scourge. To whatever degree they use violence and violate the law, there is some truth in that assertion, but it ignores ultimate reality.

In the Middle East, President Trump has dispatched Jared Kushner, who often looks like a high school debater in an unfamiliar suit, to finally broker peace between Israel and its enemies. This is a fool’s errand for one primary reason: If the Palestinians laid down their arms and stopped preaching hate and murder, there would be peace. If the Israelis laid down their arms, there would be genocide. 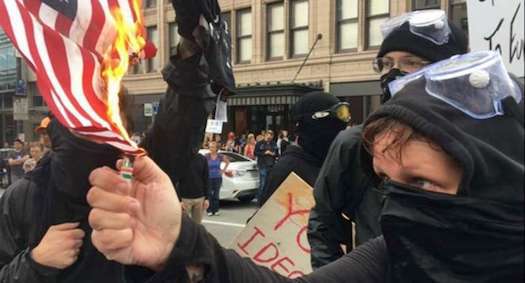 The same is true, to a lesser degree of violence, in America. If the Antifas removed their balaclavas and scarfs, abandoned their gas masks, baseball bats, clubs and other weapons, denounced violence and simply ignored the tiny number of white supremacists and actual Nazis as they march or speak in public venues, there would be peace. Actually, all they need do, if they have nothing better to do than attend rallies given by people they hate, is simply listen and go about their business. If they did only that, there would be no violence, no injuries, and no damage to the Constitution and the rule of law. No politicians would have the opportunity to use their power against those they hate, and the police would not be thrust into the middle of political controversies and forced to take sides, greatly eroding the trust of the public.

One could say the same of the Right, but there is no comparison. In recent events, there is every reason to believe those on the Right holding events would have done so entirely peacefully had they been allowed to speak unmolested. In at least one venue, a number of people openly carried rifles, but despite violent Leftist attacks, not a shot was fired.

A significant part of the problem is the Left, having lost political power as never before, is engaging in mass projection. Where they practice irrational hate, they accuse anyone opposing them of hate. Where they commit wanton and planned acts of violence, they accuse their intellectual, rhetorical opposition of violence. Actually, they categorize the exposure of their insupportable ideology as violence. Where they break the law, the media, leftist politicians, and vacuous celebrities cover for them and blame their crimes on normal citizens who, at most, merely want to exercise their right to free speech on legitimate political issues.

America remains, no thanks to the left, a free, tolerant and honorable nation. Racism is all but abolished and actual racists, pitifully small in number, are justly social pariahs. The Left labels those that disagree with them white supremacists, racist, sexist, and every other kind of “ist” one might imagine, but the actual numbers of white supremacists and other under-rock dwellers is vanishing small. The Civil Rights Movement was not only necessary–and fought tooth and nail by Democrats–it was victorious. Unfortunately, too many can’t accept victory for an answer, and find stirring up racial division to be profitable and supportive of a deranged sort of virtue. The Age of Obama gave them money, cover and a warped kind of legitimacy, and they thought it would continue forever.  Then came Trump, who reflected and gave voice to the disgust of Americans.  Hillary Clinton wasn’t cheated, she embodied everything the Left loves and Americans hate.  She lost the election.  So did the Left.

It is unlikely the Left will be able to become a truly existential threat. They always eventually eat their own. They have recently begun to reveal themselves more fully, apparently thinking themselves powerful, chanting “No Trump, no wall, no USA at all.”  Yeah, that’ll play in flyover country. 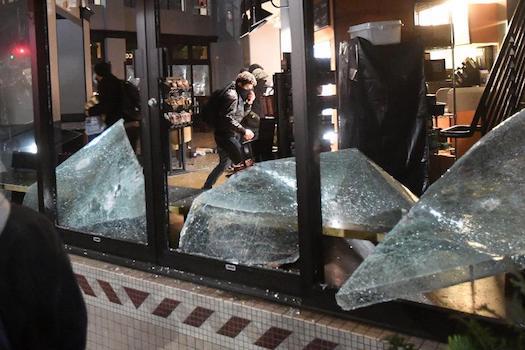 Should they ever be stupid enough to extend their violence to overt, murderous hostilities on a large scale, particularly outside liberal bastions, patriotic, law-abiding Americans, those the Left disdainfully call “normal,” will quickly eliminate those factions. Their patience is not infinite. This would be particularly true if the police take sides. Should they be sufficiently foolish to do that in opposition to the Constitution and the rule of law, God help them, because Americans will not. The media have already made themselves enemies of Americans. The Police would be wise not to follow in their footsteps.  They have a long way to go to recover from the lies and venom of the Left.

Should this become necessary, it will be normal, law-abiding Americans that are upholding our constitutional traditions in spirit and letter, for the Constitution was written to give us the power and the means to overthrown a despotic government, and its masked, black-clad shock troops.

Citizens seeking to do no more than exercise their rights under the First Amendment, even if one of the few members of an actual white supremacist group, threaten no one. They certainly pose no existential threat and are best dealt with by not dealing with them at all. Ignored, they wither and disappear.  There will always be such people, but they remain eternally on the fringes of society because they do not embrace the spirit, soul or common decency of America. It is this common decency on display in Texas, not only during the storm, but every day.

It is unlikely the Left will ever pose a true existential threat to America. Americans won’t allow that to happen. They had better hope—they don’t pray—that Americans continue to ignore the media, and do not see them or allied leftist pseudo-warriors as a threat. Should they provoke that day, they won’t last long.  They’ll come to know the actual meaning of “existential.”

11 thoughts on “Antifa: An Existential Threat?”