It has been a refreshing change to have so little to say about Barack Obama on this scruffy little blog. Unfortunately, he is relatively young, and like a sexually transmitted disease, is a gift that keeps on giving. None of us will be able to escape him for long. Michelle Obama once said Barack would never allow us to go back to our lives as usual, so he haunts us yet. As has usually been true, this article deals with something odd associated with him, as Townhall.com reports:

Unlike traditional presidential libraries, the Obama Presidential Center will not actually have library materials. That is—it will not house former President Obama’s manuscripts, documents, letters, and gifts from his tenure in office—items presidential centers around the country all have.

Instead, it will include space for outdoor functions and picnics, a basketball court, recording studio, sledding hill, children’s play garden, and more.

As for the actual library documents, the center will rely online archives for Obama’s presidential materials as a way to avoid meeting federal standards in construction, raising money for an endowment, and paying the National Archives and Records Administration to run the facility.

A basketball court. Riiiight. A recording studio. Riiiight. Somehow I doubt country hits will be born there, and classical releases are equally unlikely. No golf course? No putting green? No audio-animatronic crowds chanting “Barack! Barack!”?

This is going to be completely different,’ said Foundation CEO David Simas, reports The Chicago Tribune. ‘What the president and first lady said … is they simply did not want a museum that served as a mausoleum, as a way to look back.

I’m sure the American public too will agree they don’t want to look back at the Age of Obama. Our long, national nightmare is finally over, and best remains a bad memory. As was the case with the Obama years, his presidential library will apparently be based on wasteful spending, unicorn farts and fairy dust: 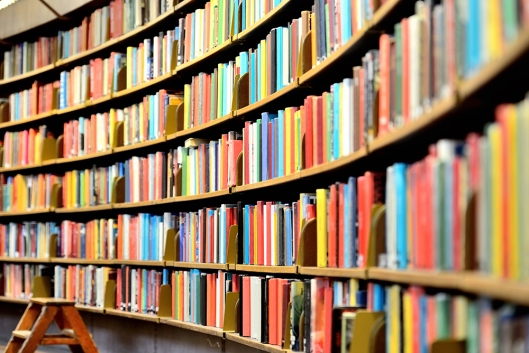 What you’re not going to see…
credit: all squared.com

Traditionally, Presidential Libraries are places where historians, academics and college students travel to dig through paperwork and hold the first drafts of speeches, letters and legislation in their hands. But without those papers on site, some have begun to ask whether the Obama Center can even attract researchers to the University of Chicago, Chicago State University or the University of Illinois. What will it mean to have those documents online rather than in a physical form for inspection? And with digital technology constantly changing, how will the National Archives and Records Administration ensure the documents will be placed online in a timely manner and accessible over time? […]

What a rare instance of Obamite recognition of reality! I suspect damned few will be interested in researching one of the most insubstantial, damaging presidential eras in American history. Here’s the waste:

Currently, Obama’s papers are stored in a private facility — a handsome and sprawling, bright white brick building on a commercial strip on West Golf Road in suburban Hoffman Estates. Officials initially thought the papers would be kept in Chicago. But after they spent $300,000 to ship Obama’s documents to the Chicago region and about $223,000 a month to store and provide security for tens of millions of textual records, artifacts and audio visual materials here, they decided to ship them back to Washington once a decision is made on where to keep them permanently, a spokeswoman with the National Archives and Records Administration said.

Here’s how it will be attractive: through the forums, workshops and programs they conduct,’ James Rutherford, the dean of the William J. Clinton School of Public Service, told the Chicago Tribune. ‘They can host conferences with administration officials, discussions on how Obama approached health care, how he developed the DACA executive order. That’s how the center will become a research institution.

Oh dear. Somehow, I doubt Trump Administration officials will be interested in conferences at the Obama Presidential Non-Library. Nor will they be terribly interested in “how Obama approached health care”—from behind in the dark, with a knife—or how he unconstitutionally usurped congressional power in mangling immigration policy. Undoing it all will be of interest, but nothing else.

Adrena Ifill, the managing partner of Washington, D.C.-based DoubleBack Global Group, a cultural heritage firm, said the move online ‘is in line with his legacy.

Indeed, his legacy of giving the Queen of England an iPod loaded with his speeches, or giving the British Prime minister, who was legally blind, a set of cheap DVD movies like one might find in a WalMart, which were not encoded for European DVD players. I’m sure one can find his content-free speeches, or audio and video of his promise to heal the planet and stop the rise of the oceans. That just never gets old. Browsing the Obama legacy online might, however, be a boon for insomniacs.

At least Mr. Obama is consistent. I seriously doubt he has darkened the doors of many libraries, as I’m sure we’d discover if his academic records, more closely guarded than nuclear secrets, ever see the light of day. It is therefore reasonable that his presidential library will feature not a single feature of libraries, but instead, the frivolous, feel good, and insanely self-referential, accompanied by a quick game of hoops, and perhaps, a hip-hop/rap recording session.