I find myself in the odd position of commenting on one of my own articles. Regular readers know that SMM is not a confessional blog dripping daily with my existential angst. I’ll be frank (who would you like to be?): I generally consider that sort of thing to be far too self-absorbed and doubt that readers are much interested in that sort of navel-gazing. After all, I’m not a big-busted starlet, and I assume, gentle readers, that you have lives that occupy you sufficiently that trying to live vicariously through me is not only unnecessary, but tiring.

This little bit of navel-gazing is occasioned by an article recently published by the good folks at The Truth About Guns, one of the most trafficked gun blogs: “Why It’s So Hard To Discuss Guns Rationally With Some People.”

In essence, the brief article was nothing more than a primer on Progressive/statist philosophy regarding the Second Amendment. I linked to that TTAG article at SMM with “Self-Defense and God.”

Actually, the article contained only a brief reference to God, a reference I naively thought would be non-controversial. Silly me. Here is the offending passage that caused a great many readers to ignore and/or misunderstand the rest of the article, indeed, the point:

The common man isn’t capable of knowing what’s best for them. In order for statism to exist and flourish, individualism and individual rights must be continually diminished. The rights of the individual can’t be allowed to hinder the inevitable growth and power of the state and the wise and benevolent diktats of the elite ruling class. It is this attitude, and the second factor, that allows the progressive/statist to deny that unalienable rights exist. The foremost of unalienable, natural rights is the right to self-defense. Without it, what other right truly matters?

The second factor: a refusal to acknowledge the existence of any power higher than themselves. In essence, they refuse to acknowledge the existence of God. For some, this lack of belief is nothing more than being made uncomfortable by the idea that there is One greater than themselves, than their current maximum, cult-of-personality leader, than the state itself. For others, progressivism/statism takes on all of the characteristics of a religion; it become a matter of unquestionable faith. For such people, believing in God is essentially apostasy.

As it relates to the Second Amendment, these two factors make it not only possible, indeed, mandatory for the progressive/statist to deny the unalienable right to self-defense. If there is no God, the individual human life has only the value recognized by the state at any given moment. The individual exists only in service to the state, and the value of their life is measured by the individual’s adherence to the state’s goals and their usefulness to the elite ruling class. That being the case, there’s nothing particularly unique or precious about any individual, therefore an unalienable right to self-defense is nothing but an annoying impediment to the larger, more important goals of the state.

Help me out here, gentle readers; I need your feedback. In making this point, I was making primary reference to the natural rights argument that inspired our Constitution. Notice that I did not demand anyone believe in God or suggest that if one does not so believe, their arguments are invalidated. Nor do I suggest anywhere in the article that if one is not a believer, they may not support the Second Amendment, or their support is somehow illegitimate or unwelcome.

In the very next paragraph I acknowledged that God need not be involved in this debate to understand progressive/statist thinking:

In response, “joleme,” whose comment is representative of many, wrote:

Am I wrong in believing “joleme” is reading much more into my argument than is actually there? In fact, I was partially inspired by no less a progressive/statist (/Marxist?) than President Obama himself, who in 2008, speaking to a group of progressive supporters and thinking no “non-believers” would hear him, explained what non-progressives believe, saying: 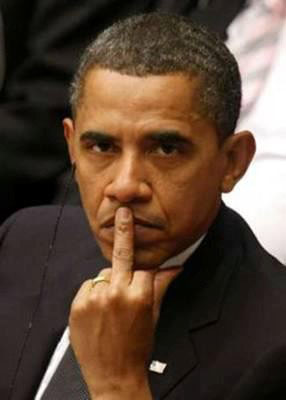 And it’s not surprising then they get bitter, they cling to guns or religion or antipathy toward people who aren’t like them or anti-immigrant sentiment or anti-trade sentiment as a way to explain their frustrations.

Mr. Obama was referring to small-town Pennsylvanians, and by implication, all Americans living in fly-over country. He was quickly obliged to engage in damage control:

I said something everybody knows is true, which is there are a whole bunch of folks in small towns in Pennsylvania, in towns right here in Indiana, in my home town in Illinois, who are bitter,’ he said on a visit to Muncie, Indiana. ‘So I said when you’re bitter, you turn to what you can count on. So people vote about guns, or they take comfort from their faith and their family and their community,’ he said. ‘Now, I didn’t say it as well as I should have. If I worded things in a way that made people offended, I deeply regret that.

So Mr. Obama regretted that people were offended by what everyone—at least all good progressives–knows is true, which is non-progressive, flyover-country Americans are bitter, hate immigrants and foolishly cling to God and guns. If no less an authority on progressive/statist thought than Barack Obama raises the issue of God and guns, linking them, am I constrained from addressing the same?

“Hannibal,” apparently thinking along the lines of Mr. Obama, said:

Did I suggest that one must believe in God in order to “believe in self-defense? I believe I specifically made the opposite point. And on that side, is “Another Robert,” who said:

As I noted in the original article, if God doesn’t exist, the individual life has only the value allowed by the state. But that allowance is not dependent, one way or another, on the existence of God. Man is more than capable of denying the humanity of others, of making some animals more equal than others and therefore more deserving of human rights, and of denying those rights—such as self-defense—and the means to best achieve it, to others without Divine involved of any kind.

Perhaps I needed to provide a variety of disclaimers, to wit:

(1) While I believe in God, I do not in anyway denigrate or look down upon those that do not.

(2) The God-given, natural rights view of unalienable rights is not the only way to understand those rights.

(3) My belief in a God-given right to self-defense is, far from an impediment in securing that right, but an additional and powerful moral argument, but surely one that must be rejected by most progressives/statists.

(4) Religious faith and support for the Constitution are not mutually exclusive, nor must they coincide.

(5) In drawing a parallel between faith in God and faith in government, I make no demand that anyone worship God.

(6) In writing this primer, I do not believe or suggest that this is the only way to understand the thinking of the progressive/statist, merely one way to do so, a way based in the study of the writings of former progressives/statists that have explained their conversions, and on my own observations.

Obviously, many of those commenting made the assumption that because I did not make these specific disclaimers, I must of necessity be arguing that every progressive/statist thinks precisely as I suggested, all supporters of the Second Amendment must be “Bible thumpers,” and if they are not, they are somehow illegitimate, and even the mention of God in this debate is somehow divisive and damaging to the Constitutional, pro-freedom side.

How one may successfully square this with the indisputable fact that totalitarian governments ruthless suppress faith in God as a direct competitor to their legitimacy is anyone’s guess.

It is a source of never-ending fascination that those claiming ownership of tolerance and diversity are so often neither tolerant nor diverse. The consideration of theology is surely a legitimate topic of debate, for it encompasses the very nature of Man and of his obligations and rights. There can be no doubt that many, probably most, progressives/statists are irreligious. They admit as much, many indignantly and proudly. That state of belief is not an accident, and it has consequences, not only for personal philosophy, but for public policy. One need not be a Christian to aspire to live a moral life, or to fully support the Constitution, but when one considers the alternatives, it is arguably helpful, for freedom of all kinds—not merely religion—flourishes in free societies and is ruthlessly eradicated in tyrannies.

What’s that you say? You’re not a Christian but you believe there is an unalienable right to self-defense and fully support the Second Amendment? Good for you. Welcome to the team and have a comfortable seat on the bandwagon. We’ll begin and sustain our relationship on that basis, and if, someday, you are moved to discuss faith, I’ll be willing. Until that time, I’ll not raise the issue or try to impose my belief on you—actually I’ll never do that; it’s not Christianity–trusting that the way I live my life will be testimony enough, and a better persuader.

So, gentle readers, what do you think? Did I provide a useful analysis of political thought, or am I an intolerant Bible thumper alienating potential allies?