Just a thought before we get into the main topic: the best, the only, way to deter and stop Putin is to open the Keystone XL pipeline and reinstate every Trump energy policy so we can once again become energy independent, and can supply oil and natural gas to Europe to nullify Putin’s threats to cut off their energy.  With a D/S/C in the White House, this will never happen because D/S/Cs hate America more than they love the environment, which is merely a cover for their hatred, and an opportunity to virtue signal.

Theme: the only sure way to avoid civil war or secession, is for every American to willingly, fully embrace American Constitutionalism, which means upholding individual liberty, keeping government within its constitutional limits, fully embracing equal justice under the law, and abandoning racial division in all its evil forms.

Let us begin, gentle readers, with Professor Jacobson’s commentary at Legal Insurrection on the death of democracy in Canada: 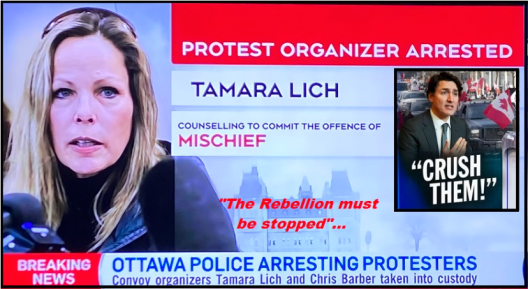 Trudeau is dangerous not just because he’s abusing Canadians, but because he is providing the wish list for crackdowns by Democrats in the U.S.

We see it already. Big tech corporations do the Democrats’ bidding in silencing critics through deplatforming, censoring content from publication or social media sharing, deplatforming websites from hosting companies and, as in the case of Parler, from the cloud and app stores. Funding platforms like GoFundMe are pressured to suspend fundraising and deprive the beneficiary of the donations, and payment processors and banks are pressured to cut off Deplorables. Removing the political opposition from the modern financial and technology systems is what Justin Trudeau is doing, and it’s the dream of the political progressives in the U.S.

It’s already happening here, though not with the brazenness of Trudeau. The Biden administration gives cover to and encourages every one of the actions listed in the preceding paragraph by declaring political opposition domestic terrorists (even parents at school boards), and by broadly blurring the distinction between political dissent and terrorism. Social media platforms openly are solicited by the Biden administration to crack down on dissent.

The situation here is not yet as dire as in Canada. And I still believe our courts and collective national will would not allow what is happening in Canada to happen here. But I also never thought the government would be empowered as it was, with scant judicial interference, in locking down the country for Covid, or that private citizens would become the government’s enforcers.

When fascism comes to America, it will look like Justin Trudeau’s Canada.

And so it does in Cuba with hockey: 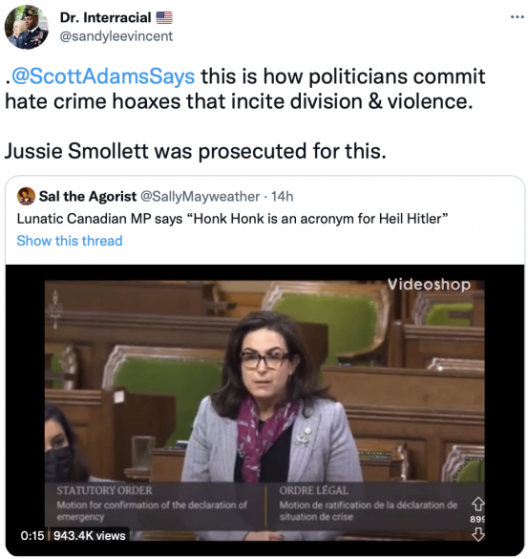 I’ve written about whether America’s police would take up arms against American citizens, violating the Constitution in the process, at the bidding of an oppressive government.  Of course they would—at least some of them.  We’re seeing it live in Canada as this is written.  Police officers behaving like storm troopers, beating innocent, non-resisting Canadians, and even trampling–on horseback–an elderly lady on a mobility scooter, sending her to the hospital, and then lying and bragging about their actions, claiming she threw her scooter at a horse.  Fortunately, there is video and photos showing her still astride her scooter after being trampled by a police horse.

What Canadian police have done must be a wake up call to Americans and freedom loving peoples around the world.  They have not only thrown away whatever respect was earned over decades by better men and women than they, they’ve crossed a line that cannot be uncrossed. 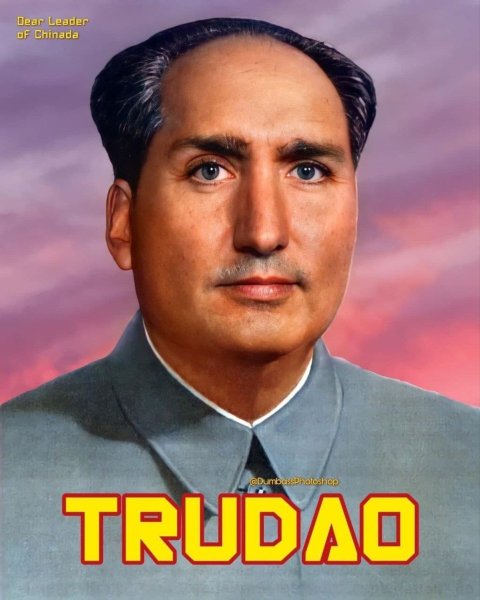 Should our government follow the lead of pajama boy Trudeau, here’s what we can expect of our police:

*Some will obey tyrants out of a misplaced sense of duty.

*Some will obey because they know in such a regime, as long as they do the regime’s bidding, their power will be near absolute.  They’ll be able to do whatever they want to people.  Such is human nature.

*Some will obey, though they’ll try to do the right thing as much as possible, because they have to feed their families and need a pension.  Even they will be forced to do evil, and once that line is crossed, it’s easier to become entirely evil.

*Many will resign or retire rather than turn traitor.  They’re officers in sheriff’s departments and police agencies throughout Flyover Country, people who live among the people they protect and serve. People who know they can’t do their jobs, or survive, without the willing trust and support of the public.

How many police officers will turn tyrant?  It’s hard to say, but history teaches there will always be enough to do the will of despots.  I suspect things will be somewhat different in America, unless, of course, Americans can be disarmed.  Potential tyrants know they can’t win—or survive—if Americans retain arms, which is why they never stop trying to disarm Americans.  By their fruits, you certainly can know them.  No one tries to abolish any part of the Constitution for noble or good reasons, or to protect the liberties of Americans.

KEY INSIGHT: Majority of Americans Disapprove of Canadian Prime Minister Justin Trudeau’s Handling of the Trucker Protest in His Country:

*55.3 percent of American voters disapprove of Canadian Prime Minister Justin Trudeau’s handling of the trucker protest in his country.

*35.1 percent of American voters approve of Canadian Prime Minister Justin Trudeau’s handling of the trucker protest in his country.

How could 9.6% of the population—that’s around 33 million people—possibly be unaware of what’s happening in Canada?  Only the conservative, and honest, media are reporting in any depth on what is happening.  If one gets their news only from legacy media sources, or CNN and MSNBC, it’s hardly surprising they know nothing of what’s happening and its implications.  Many people are simply ill informed about pretty much everything.  That only 55.3% of Americans disapprove of the destruction of Democracy in Canada is disturbing, even horrifying.

*74.4 percent of Independent voters disapprove of Canadian Prime Minister Justin Trudeau’s handling of the trucker protest in his country. 20.8 percent approve and 4.8 percent are unaware of it.

*87.3 percent of Republican voters disapprove of Canadian Prime Minister Justin Trudeau’s handling of the trucker protest in his country. 8.1 percent approve and 4.6 percent are unaware of it.

*65.7 percent of Democratic voters approve of Canadian Prime Minister Justin Trudeau’s handling of the trucker protest in his country. 17.2 percent disapprove and 17.1 percent are unaware of it.

Consider that: 2/3 of American D/S/Cs approve of Canada’s government taking on dictatorial powers under the guise of an emergency, and making those powers permanent.

We’re not just talking about jailing people without trial on trumped up charges; that’s being done in America.  We’re talking about government seizing people’s property without due process, violating every aspect of due process, denying people bail, seizing their bank accounts and denying people free speech.  Canada’s despotic rulers are not only prosecuting people for speaking their minds and peacefully protesting, they’re seizing their money, their very means of survival for supporting protestors with donations, and for the mere appearance of supporting protestors.  They’re attacking businesses that served food and drink to truckers, individual Canadians that in any way supported the protest.

But that couldn’t happen in America!  It’s already happening, just not to that degree—yet. Prof. Jacobson is right: Biden and most D/S/Cs are not only encouraging little Justin Trudeau, they’re watching what he’s doing with longing.

D/S/Cs made a dangerous mistake when they mistook American’s willingness to temporarily wear masks and participate in other “public health” measures because they trusted public health authorities, with a willingness to do whatever government demanded forever.  Public health authorities have convinced Americans they cannot be trusted, and so have D/S/C governments in general.  All democracies, and particularly our representative, constitutional republic, function on trust.  Trust lost is very, very hard to regain, if it can be regained at all.  Trust lost leads to secession and/or civil war.

If D/S/Cs who so admire Justine Trudeau think they can get away with what Trudeau is doing to Canadians, they’re going to lose a great deal more than trust.  Despite superficial similarities, Canadians and Americans are very different peoples.  Seize their bank accounts, starve their families, and Americans will take it very, very personally, and won’t bother with protesting.

D/S/Cs cross that line at their personal and collective peril.  It’s been said we can vote their way into socialism, but we have to shoot our way out.  We can also descend in the Hell of socialism merely by doing nothing as, little by little, our liberties are infringed.  Either way, we’ll have to shoot our way out.  Canadians, allowing themselves to be largely disarmed, don’t have that option.  Americans, circa February, 2022, do.  That’s what scares our self-imagined elite rulers.  That’s why they hate us.