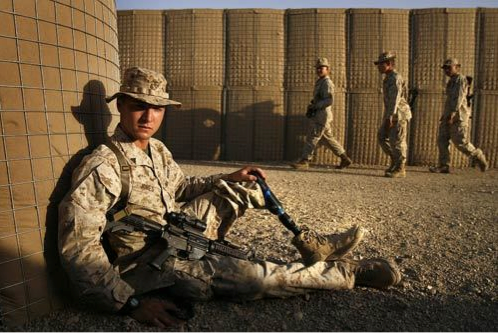 I am not what is commonly understood to be a “sports fan.”  I always, as far as I can remember, have preferred to do sports rather than to watch them. Admittedly, I’ve played less popular sports like bicycling, European and Japanese fencing and soccer.  I’ve never been one to have a “favorite” professional sports team.  I’ve never known the names of more than a handful of professional athletes, though I have admired a few over the years for their athletic prowess, and less often, what I’ve been able to glean of their character.  Mostly in my younger years, I was very busy with music.

When friends and coworkers had excited—or disgusted—conversations about “the game” over the weekend, I had nothing to add, no touchstones for appreciation or outrage.  I occasionally watched portions of various Olympics, again, mostly because a given American athlete was extraordinary, and yes, I saw the ”Miracle On Ice” in 1980.  That was truly extraordinary and an important Cold War victory, one that made the hearts of every American patriot—there seem to be fewer these days—swell with pride.

And every time an American won a gold medal, and the National Anthem played, and they were appropriately reverent and awed by the responsibility and the incredible opportunity to represent America—the best of America—on the world stage, I shed a tear with them.

Hammer thrower Gwen Berry, who turned away from the American flag as the national anthem played as she stood on a podium during the U.S. Olympic track and field trials, said she felt blindsided by the timing of the song.

Berry placed third Saturday at the trials in Eugene, Oregon, earning a trip to the Tokyo Olympics next month.

‘The Star-Spangled Banner’ was played once a night at the trials, and it began as Berry was on the podium after receiving her bronze medal. The first- and second-place finishers, DeAnna Price and Brooke Andersen, stood on the top two steps of the podium.

‘I feel like it was a set-up, and they did it on purpose,’ Berry said of the timing of the anthem, according to The Associated Press. ‘I was pissed, to be honest.’

As the song played, Berry turned to face the stands, away from the flag, and eventually draped a black T-shirt that read ‘Activist, Athlete,’ over her head.

Berry said she thought the song was going to play before the athletes took to the podium.

‘They said they were going to play it before we walked out, then they played it when we were out there,’ Berry said, according to the AP. ‘But I don’t really want to talk about the anthem because that’s not important. The anthem doesn’t speak for me. It never has.’

Berry has sworn, if she finds herself on the medal stand, to protest against the flag and the anthem, and of course, against America, which doesn’t speak for her.  How dare it not?!  Fortunately, Berry failed to medal.  The anthem was played at the Olympic Trials every day on a previously published schedule.  No one played the anthem to bother Gwen Berry (why should the national anthem bother any American?), but hey, it’s all about her and her anti-American, “activist athlete” sensibilities.  She has her three minutes of fame and she’s going to use it to insult every American that helped put her in those trials.

What is she thinking?  There is no professional hammer-throwing league.  There aren’t going to be any multi-million dollar endorsement contracts.  One day, and likely soon, Berry will no longer be an athlete.  She’ll no longer have a spotlight, dim as the hammer-throwing spotlight is, and she’ll have to make a living in the country that doesn’t speak for her and never has.  A particularly unlikeable and obviously entitled hammer thrower will not be in demand; BLM and Antifa have already been taken.  Perhaps a career as a CRT lecturer?

Some commentators have said they won’t root against American athletes.  I feel the same, which is why I didn’t root for Gwen Berry.  With that in mind, let’s hear from Paul Mirengoff at Powerline on the US Women’s soccer team, which as you’ll recall lost—incredibly badly—to Sweden in its first Olympic game.  It’s not doing much better since: 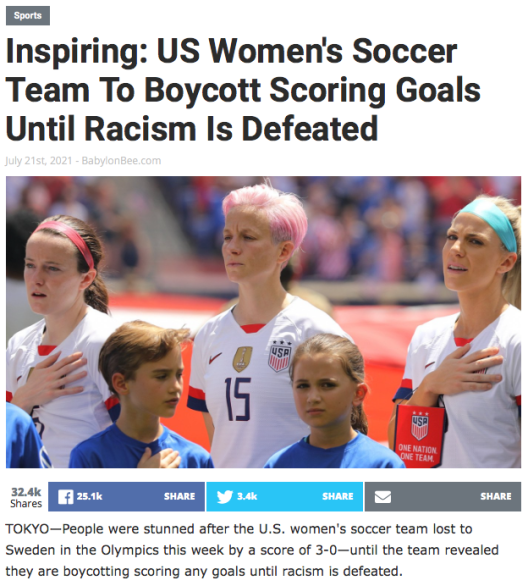 Canada defeated the U.S. 1-0 in women’s soccer at the Olympics today. The defeat came in the tournament semi-finals. Thus, a bronze medal is the best the U.S. can do in this sport this year.

They’ll have a chance at silver, but considering their lack of cohesion—call it karma—bronze is most likely.

I’ll never root against the U.S. or take pleasure from Americans losing. However, I’ll shed no tears over the U.S. women falling short at the Olympics.

This is one of the most obnoxious, arrogant, and whiny sports teams I’ve observed in more than sixty years of fandom. And, although there’s likely some diversity in the political views of team members, the face of the squad, Megan Rapinoe, is an abrasive far-leftist — and a world class narcissist.

The Olympics may be the end of the line, or close to it, for Rapinoe and other team veterans. Their accomplishments are impressive, even taking into account the relatively small number of nations that take women’s soccer seriously enough to provide worthy competition.

This year, Rapinoe, a lesbian soccer player rather than a soccer player who happens to be lesbian, infected most of the team.  They got woke.  They complained about their pay compared to men’s soccer.  It would seem their dedication to ill-considered protest overpowered their dedication to the sport, and certainly to America and to the American people who sponsored them, and as many of them leave the sport forever, they do so not as champions, but as a footnote in the annals of wokedom.

During my late teens, my high school best friend’s older brother took as job as the PR guy for the then professional soccer team in San Antonio, TX.  I learned through him, the hard, cold realities of professional sports, particularly a sport not embraced by American audiences.  Sports, gentle readers, are entertainment, the players entertainers, and those entertainers are paid based on what the public is willing to pay for that entertainment.  Back then, it was a pittance.

As I understand it, American—male—professional teams are paid a bit more these days, but nothing compared to the NFL, NBA or even MLB.  Women’s professional soccer?  A pittance.  But why?  Are Americans sexist, somehow prejudiced against female soccer players?  Cold, hard reality: Americans don’t much care for men’s soccer.  They care even less for women’s soccer.  The pay is commensurate with public interest, nothing more, nothing less.

But hey, women ought to get the same pay for the same work!  Not in professional sports where public interest dictates everything.  Remember, they’re not teachers, doctors, plumbers or electricians.  They’re people paid to play a children’s game–  entertainers–and if the public doesn’t like their act…  Oh, and Rapinoe, defeated by Canada, was anything but sportsmanlike:

After the U.S. women’s soccer team lost 1-0 to Canada on Monday at the 2020 Tokyo Olympics, forward Megan Rapinoe told reporters, ‘Obviously, we never want to lose to Canada. I don’t think I’ve ever lost to Canada. … this sucks. It sucks.’

Well, Rapinoe’s lack of grace surely does.  It’s a shame—barely—they’ll go out far below the brilliance of their glory days, but they got woke and got busted.  They got entitled and self-important.  They wiped gratitude and humility from their internal dictionaries (yes, I know not all of them—probably—are like that). Their choice.  Pride goeth before a fall.  I won’t be shedding any tears.

And then there is Simone Biles.  She’s a young athlete of unquestioned accomplishment, but she is an entertainer too, and as all entertainers know, you’re only as good as your last performance.  She has never, to my knowledge, spit on the flag or dishonored America.  As I’m sure you know by now, she all but completely dropped out of the Olympics after badly flubbing a landing, making teammates take her place, citing concern for her mental health.

During my high school days, I was one of the handful of fastest track athletes in my state.  That came at a price.  I suffered, for three years, from terrible shin splints.  I often found myself limping pitifully down the hallways of my high school, and ran through debilitating pain.  My coaches thought me a hypochondriac.  “Coach, I have  compound fractures of both legs!” “Walk it off,” was the invariable reply in those days.  I did all the races anyway, but oh dear, the pain…

It wasn’t until years later, with the running shoe revolution begun with the Nike Waffle Trainer, that my shin splints went—immediately and magically—away.  It wasn’t hypochondria; it was those gosh-awful Keds, which was all we had for training shoes in the 1400s.  We were an unsophisticated lot back then–running on long spikes and cinder tracks, yards instead of meters–and we didn’t know any better.  Thereafter I ran marathons and scores of shorter races, and had no trouble walking it off.  I suppose there are still people from those high school days who thought I wasn’t mentally strong enough to walk it off.

But what of Biles?  Sure, she had a great deal of pressure on her, but she knew that bed was on fire when she lay down on it.  She spent much of her life in a training regime most can barely imagine, and for what if not to shine on the world stage, one of a vanishingly small portion of humanity capable of doing what she could do.  All that work, not for nothing, but oh my…  Well, not quite.  She did do the balance beam and got a bronze medal.

Who, if anyone, did she let down?  Herself?  Likely.  Her parents, teammates, coaches…America?  She didn’t cowgirl up, but one can’t walk off a broken neck or death, which could have been the result if she felt she wasn’t capable of pulling off her dangerous routines.  At that level, if you think you can’t, you can’t.

She’s a human being with incredible capabilities in a narrow field of athletic endeavor, but a human being nonetheless, with all the frailties to which human beings are susceptible.  She’s going to live with this for the rest of her life and I know of nothing that would indicate she doesn’t have an active conscience.  I make no pronouncement where she is concerned.  You?