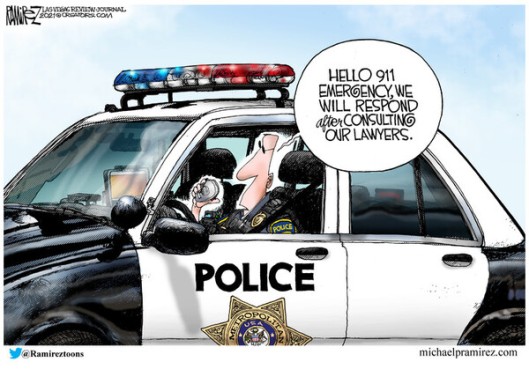 These days, D/S/Cs are viciously attacking the police, and anyone not praising them for their leftist brilliance and moral superiority.  We see the horrific results in the cities they control.  Perhaps we should defund the police, so they won’t have to do this: 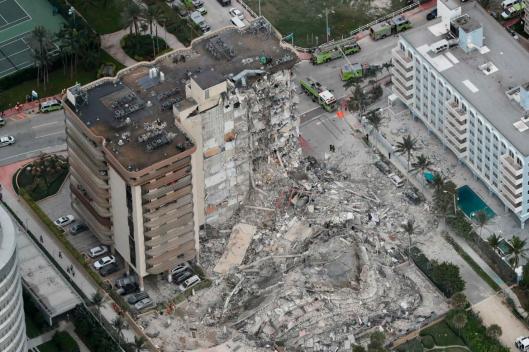 A Miami firefighter located the body of his 7-year-old daughter Thursday while searching through the rubble of a partially collapsed condominium building.

The first responder, who was not identified by authorities, draped his jacket over the child and placed a small United States flag over her body as she was carried down the pile in a gurney, he said. The firefighter, his brother, and other authorities escorted her through a line of law enforcement and emergency personnel.

If you’re reading this scruffy little blog, gentle readers, I know your heart aches as much as did mine when I heard of this Miami officer’s tragedy.  Police work is punishing enough without that, and these days, even more so.  I fear before long, we’re going to get exactly what we deserve in police officers.  We’ve been getting what we deserve–good and hard–in politicians for six months now.  For years I’ve been writing short stories about my police experiences.  Here’s one of my family’s—and mine:

There Was Punishment Enough

Anyone watching TV naturally comes to believe every cop in America works in Los Angeles or New York City, the settings for virtually every cop show ever produced.  Everyone the TV cop meets is either a stranger, an evil master criminal or a lovable, colorful, small time con man/snitch.  In the real world, most cops work in smaller communities, and acquaintances, friends and family complicate policing.  Should a cop give a relative a speeding ticket?  Should they arrest their dentist’s receptionist for domestic violence?  What if a friend breaks the law and is obviously relying on their friendship to avoid arrest?  Do cops really want to know about, to participate in, all the ugly little secrets and tragedies that are usually confined to families?

Also contrary to what happens on TV, the police are almost never present when and where people need them.  There are never many of them, and they’re reactive, waiting for something bad to happen to someone else so they can do their jobs.  That’s why medical emergencies are so frustrating.  By the time cops get the call, things–and people–are often so far gone that they won’t be able to do much but hold the hands of survivors and write a sterile report about a non criminal death.  Cops love to be heroes, but arriving ten minutes too late to resuscitate someone doesn’t offer much opportunity for heroism.

I was only about five blocks away when I got the call: a baby had stopped breathing.  I recognized the address as a licensed home-based daycare center in an upper middle class neighborhood.

Probably a SIDS baby.  Maybe this time I can get there in time to do something worthwhile–I’m close enough for a change.

The familiar, throaty howl of the big V8 was dimly audible as the engine and my mind raced and I fought off tunnel vision.  Traffic was light and the fire department paramedics were already on the way.  By sheer luck, their station was only a few blocks from the day care–they might even beat me there.

I could hear the wailing as I ran up the walk.  Shrill and desperate, it intensified as I opened the front door.  She was young–late twenties–small and slender, with short dark hair. Her luminous, brown eyes were tear stained.  Sobbing convulsively, she frantically pointed to a bedroom.

The sprint down the hallway and into the room was a blur of impressions.  Details, for cops, are life.  The house was neat and clean.  Toys and other obvious signs of children were strewn everywhere.  The other kids were outside on the back porch with another woman.  They seemed unaffected. I wonder if they know what’s up?

The baby was on its back on the floor.  It looked awfully small, still, and blue; its eyes were closed.  Oh man, this one’s gone.  Is it a girl or a boy? What difference would that make?  Deal with it!

Impressions: the room was neat and clean.  A spotless crib sat in a corner with a pastel colored mobile suspended overhead, sluggishly revolving, it’s chimed, slightly off key nursery rhyme slowly, sadly winding down.  On a chest of drawers next to the crib a breathing monitor was skewed sideways, its warning lights flashing, forlorn, its color-coded wires hanging haphazardly.

I quickly assessed the baby–something was familiar.  No pulse.  No respiration. I gently lifted an eyelid; there was no spark of life, of hope–promise.  I flicked a flashlight beam across the eye–no reaction to light.  This baby’s definitely gone.  I was placing my hands in position to begin CPR when a paramedic rushed into the room.  “No vital signs, cyanotic, pupils fixed and non reactive.  I was just about to start CPR.”

He wanted to know how long it had been since the baby stopped breathing.  “Don’t know for sure.  I’d guess at least 10 minutes,” I said.  He nodded and rushed out of the room to the waiting ambulance, frantically performing CPR.  The image of his fingertips gently pumping the tiny, limp chest struck me powerfully.  We both knew it was hopeless, but we had to try, if only for anyone watching.  Miracles sometimes happen, don’t they?  After about three minutes without oxygen, irreversible brain damage sets in.  Even if the baby could be revived, it would no longer be a matter of who, but of what might be revived.

It was time to begin the investigation, to see if anyone was responsible, if arrests had to be made, punishment meted out.  I found her at the front door, watching the ambulance recede into the distance, lights flashing, siren wailing.  Her tiny, narrow back heaved convulsively with each dry, gasping sob. Her name was Michelle.  We’d never met.

“Michelle, I know this is hard–no kidding; she’s living the worst nightmare a woman, mother and baby-sitter can imagine–but I need a little information.  Are you OK?  Can you talk a little?”  She nodded and glanced up, meeting and holding my eyes.  I’d never seen such hopelessness and utter despair.  If it turned out she intentionally harmed the baby, I’d have to nominate her for an Academy Award.  It was all I could do to keep from crying with her.

“Michelle, I noticed a breathing monitor; was the baby a SIDS risk?”  It was.  “Was it on the monitor?”  It was, and the story tumbled out in a torrent of anguished tears.

The child was only a few months old, and she’d been caring for it while the mother worked since shortly after birth.  The baby was having breathing problems, so it was always monitored when sleeping.  She’d put the baby to bed about an hour earlier, checking on it every 15 minutes.  The last time she checked, about 15 minutes before she called, something looked wrong.  The baby wasn’t breathing and the alarm hadn’t gone off.  She had no warning.  She pulled the baby from the crib and put it on the floor, ripping off the wires and skewing the monitor in the process.  Good move–she remembered her CPR training.  She tried, she did everything she could, but Kristine wouldn’t respond.  Ah, a girl.  Wait a minute, something’s not right here, but what?  A new wave of desperate, racking sobs broke over her.

So far, everything seemed right, everything she said added up, but something nagged at me, just out of reach.  I let her cry a little while.  “Michelle, have the parents been notified?”  She shook her head, stumbled to a Rolodex, and pulled out a card.  She couldn’t speak.  I couldn’t blame her.

All the pieces suddenly, terribly fit.  The day care was only a few blocks away from the parent’s home.  The baby was the right age.  She was a SIDS baby.  Her name was Kristine.  How could I have missed it?  I knew the parents.  Kristine’s mother was my sister.  Kristine was my niece, my sister’s second child.

I called Deb, my sister, and told her to meet me at the hospital.  She knew.  I heard it in her voice as I’ve heard it in the voices of so many.  I lied–small lies.  I tried to give her a little hope.  I didn’t tell her specifically what had happened, or that I had no doubt that Kristine was gone, but she knew–they always know.

She and Tony arrived ten minutes after me.  By then, the ER staff confirmed what I already knew.  Telling them was no different than telling so many other survivors about the death of a loved one.  You simply tell them, straight out, as kindly as you can.  The only word they really hear and remember, the only word that really matters, is “dead” anyway.  This time was no different, at least not initially.

Deb read it on my face as soon as she saw me, but the tears didn’t come until I spoke the words:  “Kristine died.  She stopped breathing.  It looks like the monitor didn’t work.”  The words felt and sounded lifeless, cold, but there’s never a way to sugarcoat it.

I led them into the empty, dimly lit exam room where Kristine lay on the table.  They’d turned the lights off; no need to have them on any longer.  She looked more like a doll than a human being–unreal, plastic.  Deb reflexively scooped Kristine up, clutched her to her chest, and began to sob, “Oh my baby, my baby.”

Across the table, Tony and I simultaneously glanced up.  It was like looking into a mirror.  The pain began to swell, nearly unstoppable, but somehow, we suppressed our emotions a little longer by quickly breaking eye contact.  We knew, instantly, that there was nothing we could do.  No words, no touch, nothing could help.  We could empathize, but we could never truly know the empty horror of a mother holding her dead baby.

My supervisor wanted me to take the rest of the day off, but I’d have to write the report sooner or later.  I was better off working.  I came off the street and spent the rest of the shift at the computer.

There was no negligence, no crime, no need to arrest Michelle, who soon abandoned her daycare business and moved, with her family, out of their home and out of town.  There was punishment enough.

My Lt. offered to give me the rest of the day off, but I had to write the report.  It would be most accurate if I wrote it with everything fresh.  My Sgt. couldn’t understand how I could do that, why I didn’t break down.  I suppose it was because my sister needed me to do my job the right way.  That’s what she—that’s what the public—expects.  In those days, I was good at compartmentalization, at putting away whatever emotions I needed to store to do the job.  All cops learn to do that, or they quit being cops.  I was well conditioned to duty, responsibility, self-sacrifice.

Since leaving police work, I cry much more easily–all those years of horror and anguish finally breaking out. 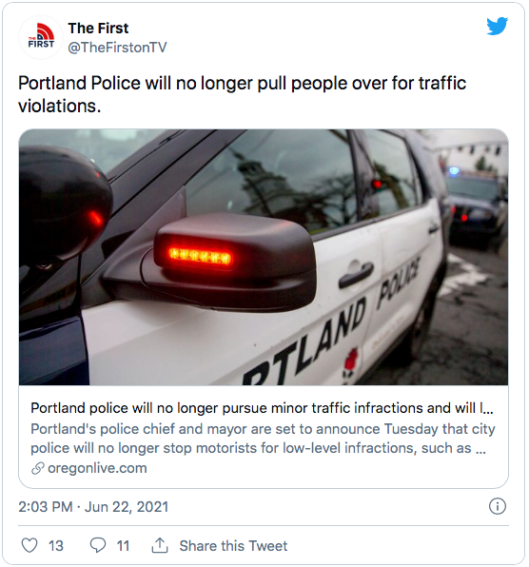