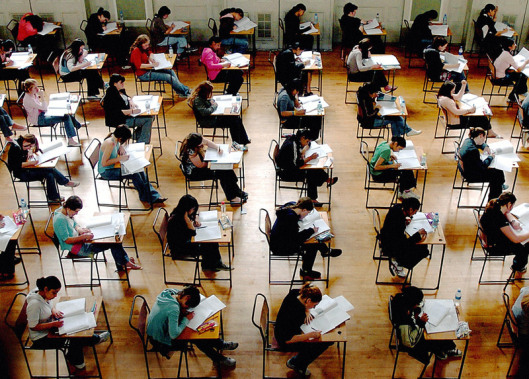 August, 2020.  Across America—well, in many places, mostly in red states—a new school year began, and for the first time in more than two decades, I was not in a classroom, gladly waiting to greet new classes.  It took me a week and a half to learn everyone’s name, because I associated their names with their writing, and it took that long to complete at least one significant writing assignment—and several others.

I miss the kids.  I miss teaching.  I don’t miss all the lunacy that contemporary education has become.  Not everywhere, and not in the same ways, to be sure, but very few schools escape it entirely.  I miss it in part because classrooms are a never-ending source of intense education in the realities of human nature.  In retirement, I’m still learning about that, just in different ways.

In retirement, I’m looking at education from the outside in, but one principle remains: when we ignore human nature, when we try to construct our own, realities and force everyone else to live in them, the consequences are grave.   So let us, gentle readers, visit The Daily Wire, where Chrissy Clark informs us of one such perversion of reality: 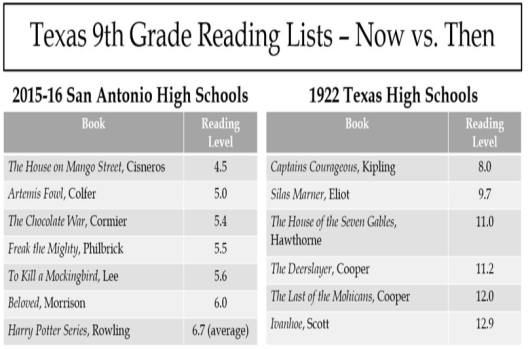 An Arizona State University Associate Dean penned a 358-page book detailing how grading student’s writing is a form of racism and white supremacy.

In a book titled ‘Labor-Based Grading Contracts: Building Equity and Inclusion in the Compassionate Writing Classroom,’ professor Asao Inoue encourages teachers to ditch grading for a ‘labor-based’ grading system wherein students earn grades based on their effort. The quality of a student’s writing would not help or hinder their course grade.

‘This book focuses on one kind of grading contract, one that calculates final course grades purely by the labor students complete, not by any judgments of the quality of their writing,’ Inoue writes. ‘While the qualities of student writing is still at the center of the classroom and feedback, it has no bearing on the course grade.’

You could see this coming, couldn’t you gentle readers?  In education these days, everything is all about race; learning is, at best, a distant second.  Actually, the idea of not grading student writing is decades old, and in K-12 and “higher” education, it’s mostly about laziness.

Writing, you see, is difficult; it, like anything worthwhile, takes real effort and concentration over time.  As I told my students at the beginning of each year, great writers are born, not made, and all the greatest teacher in the world can do is provide the best opportunity for learning their abilities and resources allow.  The rest is up to the student.  I could not make anyone a great writer, but I could help everyone become a better writer, beginning with the abilities, interest, and willingness to work they brought with them into the classroom that first day.

Proofreading one’s own writing is fiendishly difficult.  Particularly if one tries to do it immediately after finishing a piece, they’ll see what they thought they wrote, what they intended to write, rather than what made it to the page.  With spell and grammar checking, it’s easy to make all manner of bizarre mistakes as the program substitutes it’s preferences and conventions.  Readers often help me spot errors, which I appreciate.  That, gentle readers, is a recognition of human nature.  Even though I proofread everything I write at least three times before posting it, it’s soooo hard to be perfect, and to this day, I appreciate all the good, dedicated, and non-lazy English professors who made my papers bleed.

Regardless of a student’s innate ability, if I was to give them the best possible opportunity to become better, I had to make their writing bleed.  With my trusty red pen, I had to carefully read and mark every error, not only in spelling, punctuation and grammar, but to ensure the clear, concise and insightful expression of their ideas.  For some students, just getting them to make fewer errors in the basics was a great victory.  For others, developing their expressive, reasoning and stylistic powers was on the menu. 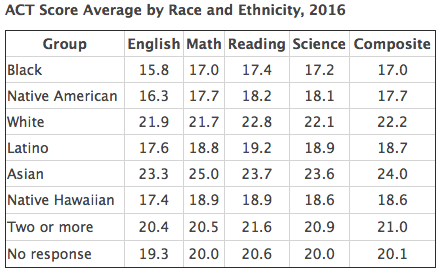 And here is where human nature enters, stage left.  Human beings need motivation.  To be sure, there are always self-motivated people, people who for a variety of reasons, always try to do their best.  They are few.  Most need consistent and certain motivation outside themselves, and while grades are not perfect, they’re the best thing we’ve come up with, because we’re dealing with human beings, and failure, with all its consequences, remains a powerful motivator, one that often succeeds where all else fails.

But damn, assigning kids significant writing assignments, assignments that will cause them—if they’re doing it right—to write two or more pages, typed, double spaced, takes a great deal of time and effort in correction and grading.  I always handed their papers back the day after they were handed in, completely corrected and graded, and I read and thought about every word.  I could do that, because I read and write very quickly.  The first draft of this article, to this point, has taken me only about 20 minutes.  That’s not the case with most people and most teachers of English.  You can relate, I’m sure.

If I didn’t do that, if English teachers don’t do that, they’re shortchanging their students.  Not only are they failing to provide the best possible educational opportunity, they’re ignoring human nature because they’re failing to motivate kids.  Self-motivated kids need a different approach than the kids that can’t be bothered to do assignments, but all need standards by which to judge themselves, and with which to compare their work and progress with others.  Back to Clark:

Critical race theory contributed to Inoue’s idea that ranking things is a system rooted in racism. Because grading is a form of ranking, grading must also be a racist idea. In his book, Inoue dubbed grading and the education system writ large ‘racist’ for their connections to ranking.

‘Ranking is a part of a much longer racist, and White supremacist, tradition in Western intellectual history,’ Inoue writes. ‘Ranking has been deeply embedded in racist thinking, discourses, and logics, mainly because it has been deployed as a way to justify a number of racist, empirical, and colonial projects over the last four hundred years.’

The author claims that ‘education at all levels has been and still is a part of these racist projects’ as well.

The crux of the author’s argument is that grading calls for student uniformity and high-quality completed assignments, both of which are allegedly racist ideas.

‘Grading literacy performances by a single standard for so-called quality is racist and promotes white language supremacy,’ the author writes. ‘Because all grading and assessment exist within systems that uphold singular, dominant standards that are racist, and White supremacist when used uniformly. This problem is present in any grading system that incorporates a standard, no matter who is judging, no matter the particulars of the standard.’

According to the book, grading allegedly perpetuates ‘white language supremacy’ in schools. Nearly every U.S. school requires children to speak and write in proper English during English and literacy classes. According to the author, holding students to that standard is racist.

‘The traditional purposes and methods used for grading writing turn out to be de facto racist and White supremacist,’ Inoue writes. ‘Grading by a standard, thus, is how White language supremacy is perpetuated in schools.’

Allow me please, gentle readers, to state without reservation, these are stupid, racist ideas that harm, not help, students.

America is an English-speaking nation.  English is the language of international commerce and diplomacy.  Airline pilots and air traffic controllers around the world speak English.  If for nothing other than entirely practical reasons, educators have the obligation to hold students to high standards, which in writing means the mastery of standard, academic English. Without that mastery, to the greatest degree possible, individual students are not only handicapped—likely for life—but our societal discourse, our ability to build and progress, to recognize and cherish the good and try to improve the bad, is seriously hampered.

Are non-white students too stupid to master English?  Must we therefore abandon grading—motivation based on the realities of human nature—to accommodate them?  Or is something equally human-nature based at work?  Teachers holding such ideas are not only racist, they’re fundamentally lazy, which over time, makes one stupid.  Either they never mastered their disciplines and they’ll do anything to avoid being discovered as the frauds they are, or they’re simply too lazy to do the work necessary to give their students the learning opportunities they deserve.  Of course, political pandering, virtue signaling, and all the other personal and societal disasters besetting contemporary America may be involved, but laziness—basic human nature—rears it’s yawning head.

By all means, take the link and read the rest of the article.  You won’t be surprised by the lazy, all-too predictably racist whining of yet another academic.

Such laziness is also a part of the contemporary trend in education to utterly eliminate merit.  It’s part of the Democrat/Socialist/Communist emphasis on equality of outcome, which utterly rejects equality of opportunity.  That’s why D/S/Cs reject “equality,” in favor of “equity.” “Equality” means every student is given the same—equal—opportunity to learn, to progress, and to achieve—or fail as they choose–such achievement being tracked by a system of grading, as flawed and human as it may be.  Under such a system, some will excel, most will be average, and some will fail.

But in a system of equity, everyone must excel, or at the very least, must not be revealed as a failure.  That’s equality of outcome, and it does away entirely with merit, which is revealed by grades, so grades have to go.  It’s so much easier on lazy teachers, who dare not expose themselves as lazy, so they call everyone that might expose them racist, which eliminates the need for actual intellectual rigor and argument.

I’m no longer on the front lines, but I’ll continue to do my part, as I suspect you too will do in your communities.  One thing we all can do is to identify actual racists for what they are, and it’s not people–of any color–who expect kids to learn, to meet high standards, and who give them grades to help motivate them.  They’re building a real future.  Race baiters are deconstructing it.