There cannot a greater Judgment befal a Country than such a dreadful Spirit of Division as rends a Government into two distinct People, and makes them greater Strangers and more averse to one another, than if they were actually two different Nations…. A furious Party Spirit, when it rages in its full Violence, exerts itself in Civil War and Bloodshed; and when it is under its greatest Restraints naturally breaks out in Falsehood, Detraction, Calumny, and a partial Administration of Justice. In a Word, it fills a Nation with Spleen and Rancour, and extinguishes all the Seeds of Good-Nature, Compassion, and Humanity.

Democrats/Socialist/Communists—you know, the contemporary Democrat Party—-are terrible at governing, and even worse at discharging any leader’s primary duties: upholding the Constitution, the rule of law, and protecting the public.  They are, however, very good at warping language in their favor.

If one can present their premises as universally accepted, unremarkable, unassailable, they’re 90% toward winning any debate.  If they can warp language, turn it on it’s head, make black white, day night, evil good and everything and everyone racism—or infrastructure—they’re at nearly 100%. 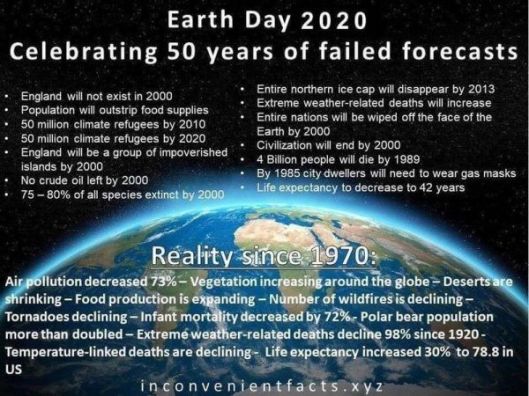 Thus do we have “climate change,” which all right—left—thinking people know is an existential threat which is going to obliterate all life on Earth in ten years or so, just like it did ten years ago, and ten years before that, and ten years…  Accepting that premise means we must not only bankrupt the country, but the world’s economy, while turning our standard of living back 200 or so years.

Thus do we have “systemic racism.”  True, there is no evidence of such, but it’s to blame for pretty much everything, probably including infrastructure, and of course, racism.  That America is the most free, tolerant and least racist nation on Earth, arguably in human history, and that we are so not only by law, but by virtually universal agreement of the American people is irrelevant.  “Systemic racism,” like “climate change,” is non-falsifiable.  None can prove it, or any of the policies that must be implemented to save us all from it, wrong.

Not even the historic fact that it is the D/S/C Party that has always been the party of racism, that is the Party of lynchings, segregation, “separate but equal,” the KKK, and that used the filibuster to try to kill civil rights legislation can be acknowledged, because all right thinking people know that’s only Republican lies intended to distract the righteous from fighting climate change, infrastructure—are we trying to “reform” or save that?—and of course, systemic racism.

Even “reform” doesn’t mean reform anymore.  D/S/Cs scream for “police reform,” as though it is beyond argument that it is necessary in every law enforcement agency in the nation, and must be implemented yesterday.  Federal laws must be enacted!  It is necessary because racism!  Not only that, but systemic racism!  And white supremacy!  And what is the evidence we must not consider before “reforming” all police agencies?

*The police are slaughtering millions of young black men!  Not so much.

*The police are killing teenaged black girls who were only engaging in a little, everyday knife fighting, except the girl that was shot was the only one with a knife, but hey, kids will be kids!

*The police are actually using force to arrest black criminals who don’t want to be arrested and are resisting arrest!

*The police are trying to stop mostly peaceful protestors from liberating expensive consumer goods, which are nothing more than reparations for systemic racism!

Republicans, on the other hand, are generally good at governing—or at least not making things too much worse—and are excellent at letting D/S/Cs get away with controlling the narrative and the terms of the debate—any debate.  So what does “police reform” amount to?

*Taking away the lawful, constitutional powers police need to actually do their jobs.

*Removing any immunity protections so individual officers can be sued into oblivion, and we can be certain no sane, intelligent person will ever again want to be a police officer.

*Preventing the police from stopping riots, looting, arson, even murder.

*Ensuring the election of Soros prosecutors so no matter what the police do, criminals are not prosecuted.

In other words, “reform” no longer means changes necessary to preserve and improve an essential institution.  It now means utterly destroying that institution in favor of utter chaos.  It’s rather like improving one’s home plumbing system by cutting large chunks out of every pipe. 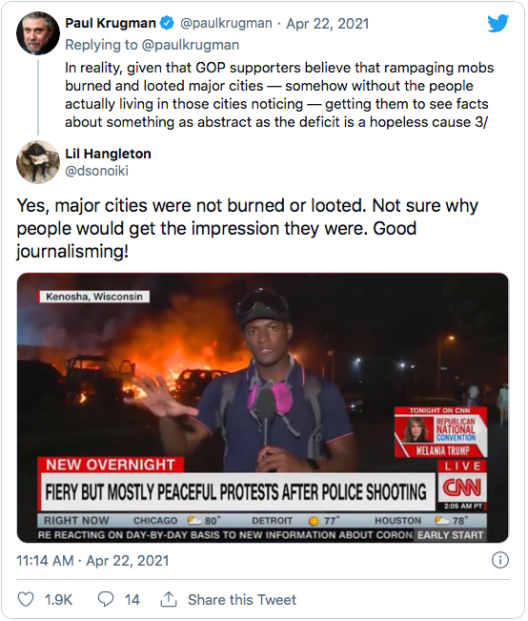 Do all D/S/Cs really want to abolish the police, or so hamstring them they’re unable to do their jobs?  No, not all.  Many are like congressional D/S/Cs; they vote in lockstep because party is far more important to them than the survival of their country, which always must be fundamentally transformed.  Many truly think—to the degree they’re capable of coherent thought—abolishing the police would be a good thing, and society would be more equitable, sustainable, diverse, inclusive, etc.  Some understand there would be immediate negative consequences, but their policies cannot possibly be wrong, so they’re going to plunge blindly ahead into that brave, new world.  Some understand abolishing the police is lunacy, that the consequences would be catastrophic, but they’re rightly afraid of their fellow D/S/Cs, and really afraid of the storm troops they’re beginning to understand they can’t control, so they keep quiet.

And where, exactly, are these police agencies so horrible they must be “reformed?”  Reality rears its ugly head.  In much of America, which is mostly the red states, Normal Americans are pretty satisfied with their police agencies.  They understand police officers have to use force to arrest violent, evil people that don’t want to get arrested.  They understand if the police didn’t, they’d have to do it, and they’d really rather not.  They understand we have police for very substantial and good reasons, and we really can’t do without them.

They understand when a given police officer makes a mistake and uses force inappropriately, that should be handled professionally.  The officer should be afforded no less due process than the criminals they arrest.  A fair, competent and non-political investigation must be done, and if warranted, appropriate discipline imposed.  They see this as the actions of a single person, not an entire police agency, and certainly not every police agency—and every police officer—in the country.

They see race hustlers as just that, and know them for the stupid, evil and destructive sociopaths they are.  They have no interest in racial division, and work, play and worship with people of every race.  They support peaceful protest, but have no patience with rioting, and fully support their police when they use pepper spray, teargas, and physical force to stop riots.  Actually, in much of America, there are no riots because would be rioters know the community, represented by the police, will not put up with them, they’re going to jail, are going to have to pay high bails to get out, will get prosecuted and will get convicted.  The certainty that the rule of law is in force has a marvelous deterrent effect.

A good example is the 2020 Sturgis Motorcycle Rally.  A small contingent of Antifa dimwits took their anarchist show on the road to Sturgis.  Big mistake.  One of their purple-haired number was sufficiently stupid to kick a biker’s motorcycle.  The police—officers from around the nation work Sturgis that week—had to surround the Antifidiots and hustle them quickly out of town or they would have been stomped into black and purple Antifa paste. The crowd cheered the police and jeered Antifa.  Thus endeth their protest before it got started.  One doubts they’ll return in 2021, though I’m sure the bikers are looking forward to the opportunity.

It’s curious that the agencies seemingly most in need of “reform” are those in D/S/C ruled cities and states.  One would think such enlightened polities would have abolished all racism, intolerance, all inequity in general—they’ve had decades to work their wonders–but obviously not.  No matter how enlightened they are, no matter that they have complete political control, no matter they have all the right attitudes, say all the right things, exalt every manner of deviancy, are very concerned with pronouns, are fighting systemic racism, climate change, infrastructure, white supremacy, icky white people in general and virtue signal to their hearts content, they just can’t stamp out these horrible police abuses which are always symbolic of everything but their incompetence.

As I’ve often written, this is all a Cloward-Piven scam.  D/S/Cs are trying to create utter chaos so they can take advantage of the crisis they’ve created.  If they can only make things absolutely intolerable, Normals—so they think—will let them do whatever they want.  Many of them—not all—are sufficiently intelligent to know social workers can’t keep the peace.  They know without the police, criminals will run rampant, and won’t be appropriately grateful to the enlightened for their ease of depredation.  Some of them even know they can’t reason with sociopaths, who are very likely to rob, rape, maim and even kill them despite their obvious enlightenment and virtue.

So what’s their plan?  Federal police, and nothing but federal police.  They don’t want individual cities and states to be in control of their police any more than they want them to be in control of their schools.  They know they can’t impose the D/S/C utopia they believe inevitable if Normal Americans have any control over their lives.  They’re never going to be able to disarm the Normals if they don’t control all policing.  Those annoying Normals aren’t going to quietly obey them unless they have no choice.  Thus is “reform” necessary even where it isn’t, which is most of the nation.

In truth, the law and political authority across America is more than sufficient to punish any police misconduct, and to legitimately change any police agency not obeying the law, or which needs to be brought up to professional standards.  If that’s not being done, it’s because the citizens of those cities keep electing idiots.  In so doing, they’re getting the politicians—and the police—they deserve.