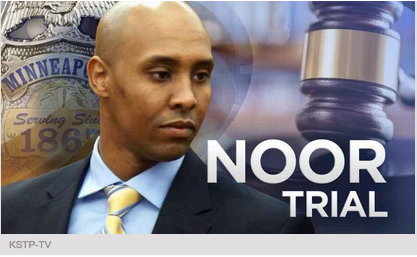 Minneapolis, MN, 15 July, 2017, 2330.  Justine Damond, an Australian immigrant and fiancé of Don Damond of Minneapolis called the police to report a woman who sounded like she might be in distress somewhere behind her home in one of the best neighborhoods of Minneapolis.  Within minutes of the arrival of two police officers, Damond would be dead, shot by Officer Mohamed Noor.

What did she do to provoke Noor to shoot her?  She walked up to the driver’s side door of their police car, where Off. Matthew Harrity sat behind the wheel.  So utterly unaware of their surroundings were they, both were frightened out of their wits by the appearance of the small, pajama-clad blonde woman carrying only a cell phone.  Noor, sitting in the front passenger seat, drew his handgun and fired a single shot, striking Damond in the abdomen.  She would die in that alley within minutes. 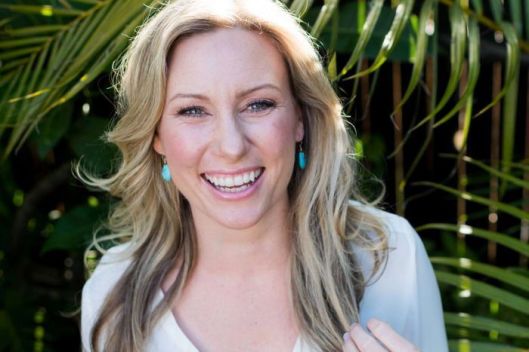 I documented the case in depth in the SMM Damond archive, available here.  On June 7, 2019, Noor was sentenced to 12.5 years for the murder of Damond.  Of course, race entered into the case because Noor is a Somali immigrant, and Damond was a blonde, white woman.

Noor was constantly tongue bathed by the then Mayor, and the local D/S/C political establishment.  Not only was he black, he was a Somali immigrant.  Minneapolis boasts a large Somali community, which is adept at taking advantage of D/S/C politics.  From the beginning, it was not at all apparent Noor would be charged, despite this being among the worst cases of police misconduct I’ve ever seen.  Fortunately, the evidence against Noor was so strong there was no other possible outcome.

Even so, the race card was continually played—and is to this day–arguing Noor would never have been charged and convicted had he not been black and Damond, white.  In reality, Noor had no idea Damond was white.  All the evidence established Noor, frightened out of his mind, saw movement only–he never saw Damond’s hand or anything in it–and fired at it, shooting across the face and chest of his partner and out the open driver’s side window into Damond’s stomach.  It would not have mattered what color Damond was; anyone approaching that police vehicle that night as Damond did would have been shot. 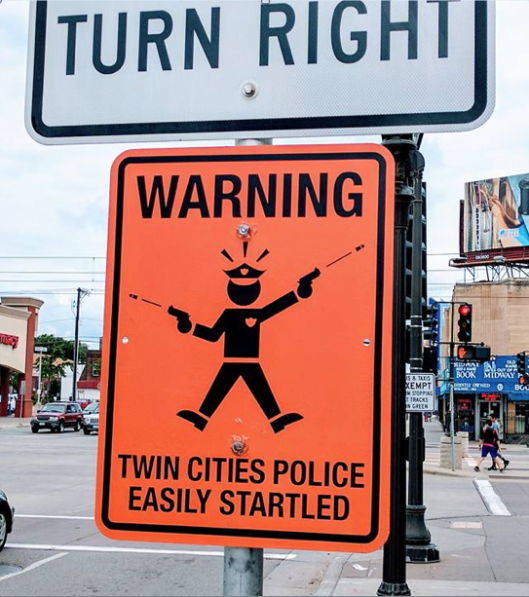 A tragically ironic sign posted around Minneapolis after Damond’s death

The evidence Noor was a diversity hire, that he was unfit for police service, was strong.  I often wrote he should never have been on any police force.  The City and Police Department resisted providing any information on his hiring or record, and eventually agreed to a $20 million dollar settlement of the wrongful death suit brought by Damond’s survivors.

This was many times the largest amount ever paid out by Minneapolis to that point.  Why would they agree to such an enormous settlement?  Obviously they had much to hide, much they never wanted the public to know.  I last wrote on this case in May, 2020 on the occasion of the filing of an appeal to Noor’s sentence:

One would hope this frivolous and false appeal would go nowhere, but in a leftist state like Minnesota, there’s no way to tell.  By all means, take the link to the archive, where you’ll find not only my analysis of the issues and the trial, but statements from jurors who made it clear they didn’t believe Noor or the Defense’s use of force expert. I’ll continue to report on the case as necessary.

It’s once again necessary.  Scott Johnson of Powerline, who like me, regularly reported on the case, provides this update:

After his conviction I offered “Notes on the Noor trial.” I last reported on the case in “At the Noor sentencing (4).” Rereading it this morning brings back the emotional impact of the case on me and others I spoke with in court during the proceedings. Justine was beloved. She was a happy woman who brought happiness wherever she went. Her killing by Officer Noor is incomprehensible except insofar as Noor did not belong on the police force. (All of my reports on the trial can be accessed here.)

The case was heard by a three-judge panel including Judges Michelle Larkin, Matthew Johnson, and Louise Bjorkman. The case has been on appeal to the Minnesota Court of Appeals for a while. Today the court affirmed the conviction in a 2-1 decision (embedded below). The one dissenting judge dissented from Noor’s conviction for third-degree murder; he concurred in the court’s resolution of all the other issues raised by Noor on appeal and therefore concurred in Noor’s manslaughter conviction.

I think the three judges who heard the case are among the best in Minnesota’s appellate courts. It is to be hoped — I hope — that the Minnesota Supreme Court will refrain from further review. It has gone steeply downhill over the past ten years of Democratic appointments to the court.

Johnson has, in his article, provided a link to the Judge’s ruling.  One would hope this would be the end of the matter, but as Johnson, a Minnesota resident and attorney, notes, it may not be.  The Minnesota Supreme Court, like the political structure of Minnesota, is very much leftist dominated, and Noor’s case would check most social justice—not actual justice—boxes.  Should they grant cert, it’s more likely than not Mohamed Noor would find himself a free man, and actual justice would be denied.  Once again, I’ll continue to report as necessary.