Retired General Michael Flynn was collateral damage in the ongoing coup against president Trump and against the American people.

He would gladly have done it long ago, but Flynn and his lawyer, Sydney Powell, wanted to do it the honorable way: with complete exoneration through the courts.  The Department of Justice was onboard, filing for dismissal of the case and admitting in detail the case should never have been brought.  But then there was Judge Emmet Sullivan an example of the worst judicial arrogance and tyranny our federal system is capable of producing.

On his first day at work, Powell was visited by two agents who were there to catch him in a perjury trap.  As a result of honest DOJ officials, we eventually learned this move was discussed and authorized at a White House meeting with Obama, Biden, the execrable Jim Comey, former DOJ lawyer Sally Yates and others.  Biden suggested using the Logan Act to get Flynn.  Documentary evidence also proved their intention was to prosecute Flynn for something—anything—or get him fired.  Comey later gleefully bragged he violated protocols for such meetings because the Trump Administration wasn’t prepared for them.

The two FBI agents—one was the fired Peter Strozk—admitted they did not believe Flynn lied to them.  He was eventually charged with lying to the FBI by Mueller attack dogs.

Thus began Flynn’s long nightmare.  The Deep State needed to get rid of Flynn because of his intelligence expertise.  He knew too much and would recognize when Trump was being deceived.  They were able to manipulate Vice President Pence and President Trump into thinking Flynn lied to Pence, and he was almost immediately fired.

Corrupt prosecutors manipulated his equally corrupt lawyers into a guilty plea, by three means: (1) they bankrupted his family, (2) they hid exculpatory evidence from Flynn’s lawyers, who weren’t very interested in finding it in the first place, (3) they threatened to prosecute Flynn’s son.  They had no more grounds to prosecute him than they did the General, but by then, Flynn knew they would stop at nothing to get him. 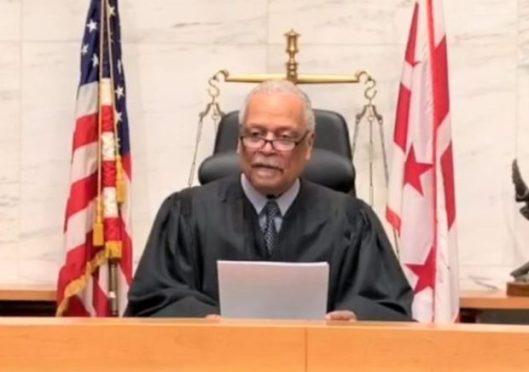 Judge Sullivan proved himself a petty tyrant, accusing Flynn of treason, a bizarre, unfounded accusation for which he had to apologize, but his bias against Flynn was clear.  Flynn fired his lawyers and hired Sidney Powell, who believed—correctly—he had been framed.  AG Barr assigned an honest US Attorney to review the case, and a blizzard of exculpatory evidence quickly surfaced that proved the FBI had no evidence Flynn was acting on behalf of a foreign power, and no evidence he had committed a federal crime.  Thus there was no predication for an intelligence investigation or a criminal investigation.  The FBI had no grounds to speak with Flynn.  It was a political hit from the beginning.

Your FBI and DOJ at work.

Flynn withdrew his guilty plea, the federal prosecutor persecuting him resigned, and the DOJ moved to dismiss the case.  This should have been the end of it, and in virtually any other court, would have been, but Sullivan raged like a petty tyrant, hired a Trump-hating ex-judge to write a brief claiming Sullivan had the power to pursue his own prosecution, and solicited amicus briefs, the better to get Flynn.  All of this was unprecedented, grossly exceeded Sullivan’s authority and violated the constitutional separation of powers.  The DC Circuit Court of Appeals granted a Writ of Mandamus, ordering the dismissal.  But Sullivan appealed(?!), and the entire court, en-banc—totally leftist dominated—vacated that ruling, returning the case to Sullivan.

Leftist judges are loath to criticize other leftist judges, particularly when an opportunity to attack Trump is in the offing.  There is some indication the court expected Sullivan to behave rationally and professionally and quickly dismiss the case.  He would not.

This was where the case lay on the occasion of President Trump’s pardon.  With the possibility of Biden’s election, Sullivan clearly hoped to run out the clock and see an appropriately corrupt, leftist prosecutor reestablish the case.  He surely would have imprisoned Flynn for as long as the law allowed, perhaps even more, as he cared nothing for the law and proper procedure.

All along, Sullivan argued imperiously Flynn either lied about lying to the FBI, or lied to the Court in pleading guilty.  This is insanity.  Defendants routinely withdraw guilty pleas, but not often with the voluminous evidence of governmental misconduct at the highest levels of the US government present in this case.  No sane judge could possibly ignore the gross miscarriage of justice in this case.  Judges are charged with righting precisely that kind of wrong.  Sullivan compounded it.

Flynn lost this house and whatever small fortune he amassed. But knowing what Sullivan was trying to do, gratefully accepted the pardon:

On Wednesday, Flynn appeared to react to the pardon with a Bible verse:

Honest Americans can take righteous pleasure in the misery of stupid thugs like Adam Schiff:

Judge Sullivan will not be punished, not by man, for his perversion of justice. However, we can rest assured people like him always destroy themselves.  We can only hope if President Trump does not prevail in his election challenges, he will use his pardon power, and the power to declassify, to protect the innocent, and to fully expose those that would destroy our nation.

In the meantime, honest Americans can take pleasure in the exoneration of a genuine American hero.

6 thoughts on “The Flynn Persecution Ends–UPDATED”