Johann Sebastian Bach was known as the greatest organist of his day, but only after his death were his extraordinary accomplishments as a theologian, composer and music theorist appreciated.  Bach profoundly changed not only the way we hear music, but the way we write and think about it.

It is only when one takes a college degree in music, and particularly a graduate degree, they begin to appreciate the depth of musical studies, legitimate, non-political pursuits about which most people cannot imagine.  Normally, these academic inquiries are confined to analysis of the music itself, to the life and influences of the composers, or to various theories about specific compositions.  Most of the scholarship will never be read by other than musicologists and theorists in an academic setting.

Unfortunately, social justice, and the siren song of finding racism under every bush and behind every tree have infected even the academic study of music theory.  Let us imagine I am a noted music theorist, and wanting to remain employed, have suddenly discovered in the figured bass of Bach’s compositions, a mathematically constructed, racist dog whistle which is not only systematic, but evidence of white supremacy, misogyny, transphobia and anti-anti-racism.  That such a theory is surely nonsense doesn’t matter.  That there is no evidence whatever to support it doesn’t matter.  It’s woke, and because it’s woke, I will be praised for my groundbreaking scholarship, which will be reflexively and ardently defended because racist!

As regular readers know, I’ve often written about the lunacy of academics seeing racism and all manner of oppression in mathematics.  All I need do is make a few references to those unhinged academics claiming racist math, and write a few sentences tying their ideas into my theory of Bach’s racism, and I’m a new superstar.

Exactly such a bizarre world exists at the University of North Texas, as Samantha Harris at National Review.com reports: 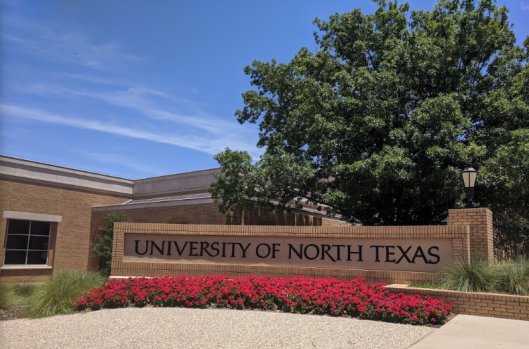 Chances are you have never heard of the music theorist Heinrich Schenker or the Journal of Schenkerian Studies, a publication at the University of North Texas (UNT) devoted to ‘all facets of Schenkerian thought, including theory, analysis, pedagogy, and historical aspects.’ But that journal, and, in particular, the UNT music-theory professor Timothy Jackson, who oversees it, are now at the center of a controversy that goes to the heart of whether we are truly a free society. Can people speak their minds, or will those who express dissenting opinions be destroyed by a mob they can neither challenge nor resist?

It’s a rhetorical question, but we all know the answer, don’t we gentle readers?   Professor Jackson’s UNT bio is available here.

In the most recent issue of the Journal of Schenkerian Studies, Jackson published a critique of a plenary address given by the music theorist Philip Ewell to the Society for Music Theory. Ewell posited ‘a ‘white racial frame’ in music theory that is structural and institutionalized.’ In particular, Ewell accused Schenker (1868–1935) of being racist, therefore suggesting that his work in music theory is tainted.

The evil of Ewell, and those reflexively defending his ideas, cannot be underestimated.  Such people cannot separate politics from any facet of their lives, so they project the same character flaw on others.  By crying race in music theory, Ewell has assumed the power to destroy any composition, composer or performance, because race can be found lurking in chord structure, text, even every aspect of music notation.  Ewell has politicized music theory—contemporary music is already nearly entirely politicized—enabling attacks on the very structure of music, just as some woke academics claim 2 + 2 = 4 is evidence of colonialism, white supremacy and racism.

Take the link and read, if you can, Ewell’s theories.  It is academic race baiting of the common, and tedious, kind.  Ewell sees racism behind every note, and in the very structure of music, music education, composition, and thought.  He sees racism in the way music theory is taught, and in the work of the most prominent music theorists, past and present.  I tried to find Jackson’s critique, but the link would not produce anything.

For Jackson to have questioned Ewell’s thesis and defended Schenker against the charge of racism was seen as nothing short of heresy. UNT graduate students and faculty, as well as music professors across the country, are now demanding that Jackson be investigated, his journal shut down, and his position eliminated. A group of graduate students in UNT’s Division of Music History, Theory, and Ethnomusicology issued a statement calling on the university to ‘hold accountable every person responsible for the direction of the publication’ of the journal. ‘This should also extend to investigating past bigoted behaviors by faculty,’ they wrote, ‘and, by taking this into account, the discipline and potential removal of faculty who used the [Journal of Schenkerian Studies] platform to promote racism. Specifically, the actions of Dr. Jackson — both past and present — are particularly racist and unacceptable.’ A group of UNT faculty piled on, circulating a petition ‘endors[ing] the call for action’ by the graduate students.

There is no discussion of whether Ewell’s theories are even remotely plausible—they are not—the mere criticism of any race-based argument, no matter how vacuous, provokes outrage by those intellectually and academically incapable of understanding the foundations and boundaries of the issues.  Verdict first, skip the trial, pronounce the death sentence.

And today, the dean of the UNT College of Music, John Richmond, announced that UNT is opening that investigation in the name of ‘reaffirm[ing] our dedication to combatting [sic] racism on campus and across all academic disciplines.’

I recently wrote Symphony Orchestras: The Diversity of Poverty, which explored another facet of wokeness threatening to destroy the quality and economic viability of symphony orchestras.  Most people can at least appreciate the issues in that broader fake controversy.

What’s harder to understand is how is it racism lurks in the most obscure academic corners of the modern university?  When the administrations and faculties of colleges are virtually exclusively woke, when their superior intellects and morality have established a D/S/C paradise, how is it they have been unable to achieve the racial/woke utopia they seek to establish?  Now we find racism lurking in the most obscure and specialized of academic music journals at the University of North Texas?  Can there be any end to the discovery of new and ever more obscure racial outrages?

More importantly, taxpayers are subsidizing this insanity.  I don’t know about you, gentle readers, but when I was in college, I didn’t have time for outrage about a professor’s critique of another professor’s theory of an obscure facet of a little known facet of a discipline.  What, exactly is it people are learning in colleges today?  Pity Timothy Jackson, a dedicated and accomplished academic working studiously, and until now, quietly in a small corner of music theory.  Poor Professor Jackson has surely learned it’s not music theory.