One would think a “Deputy Editor” of The New York Times, would know a little something about history, however, as John Belushi used to say: But Noooooooooooooooooooo!  It is, after all, a former newspaper.  Twitchy.com has the story:

There’s a lot of talk about the French Revolution on Twitter Wednesday afternoon, and that’s due in part to a tweet by Sen. Lindsey Graham, who said that the results of elections from New York and Kentucky showed that ‘the French Revolution has now come to the Democratic Party.’ 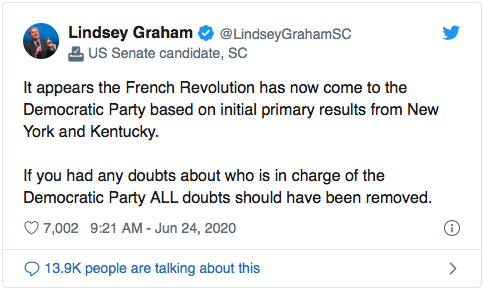 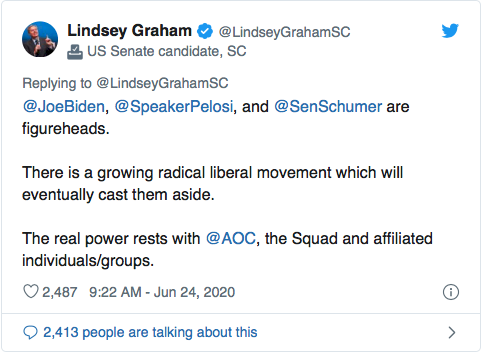 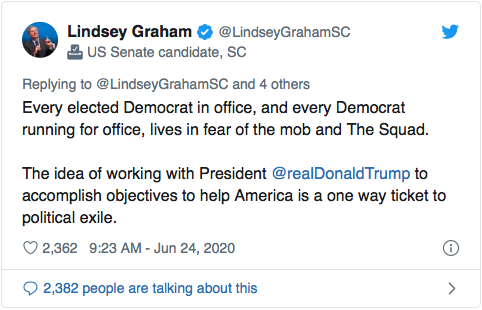 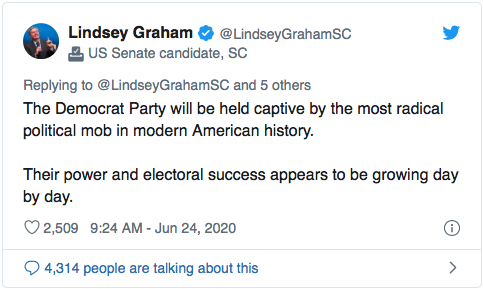 That’s when Dan Saltzstein, Deputy Editor of The NYT, tried to put Graham in his place: 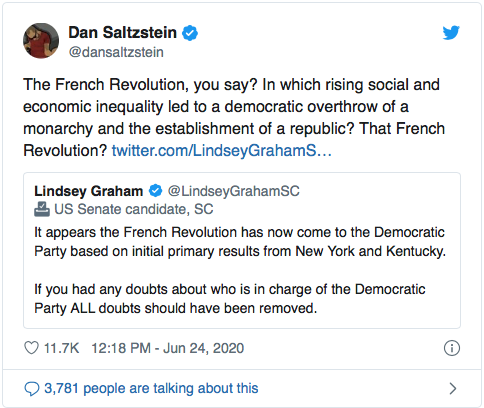 That shouldn’t be hard, right?  After all, D/S/Cs, particularly those in the media are so much smarter and more moral than Republicans, right?  Right?  Not so much:

I will, through the following tweets:

Yup that’s the one…

And that one also…

Hmmm.  “Democratic?”  A “Republic?”  Not so much…But Mr. Saltzstein, as quick witted as always, whipped off a rapier sharp retort:

Uh, not being a D/S/C Deputy Editor and all, I’m not quite sure what Saltzstein is saying.  I don’t recall Senator Graham—or anyone else—suggesting anyone should be rounded up and beheaded.  I’m only a retired English teacher, blogger and published author, so I don’t know from metaphors, but I’m not seeing any obvious metaphors in Graham’s tweets.  Maybe this is closer to Saltzstein’s point–whatever it was: 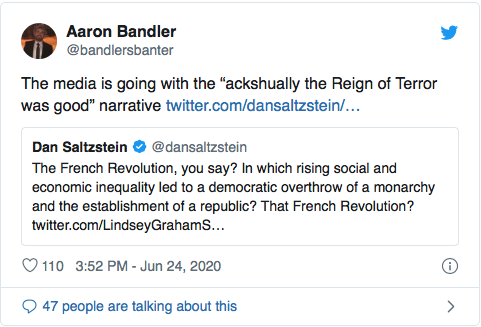 After all, the news—and history–is whatever the NYT says it is.  But perhaps a visit to this History.com summary of the French Revolution will be helpful.  It’s a bit light on the slaughter, but manages to catch the flavor of the times, which were heavy on corruption, repression and slaughter, and very light on democracy and republicanism, which is, one suspects, very much what Mr. Saltzstein and the rest of the merry crew at the NYT would like to see happen in America.

But he sure put Graham and all the rest of the drooling Deplorables in their place, didn’t he?

9 thoughts on “Dan Saltzstein And The NYT: Putting Deplorables In Their Place”