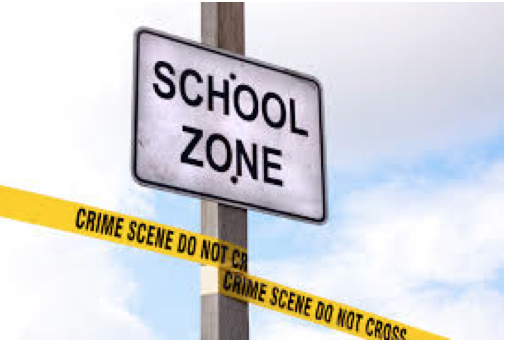 The movement to defund or abolish the police is not entirely what it seems.  Some of the impetus for this lunacy comes from anarchists and nihilists.  Crippling or getting rid of the police is merely part and parcel of the warped desires of those that live only to harm others, to destroy. Their lives are futile, meaningless, so they seek to destroy the lives of others. Democrats/Socialists/Communists pursue it as a means of gaining and manipulating power.

Much of what makes them so dangerous is their unshakeable belief that none of their philosophy or policy can possibly be wrong.  This allows them to entirely ignore or reject human nature and the deadly consequences of the inevitable failure of their policies.  They are so morally and intellectually superior, they can, with the right policies, and sufficient governmental power, change human nature.  And when their policies appear to fail, they can ignore or explain away that failure because their policies cannot possibly fail.  They are non-falsifiable.

For many of them, “defunding” the police does not mean entirely depriving the police of funding, but it does mean so substantially reducing it as to cripple the police.  It’s part of an overall Cloward-Piven mindset, where they create such chaos, people will accept their rule as a solution, no matter what they do.  With this in mind, consider this from local NBC Denver station 9: 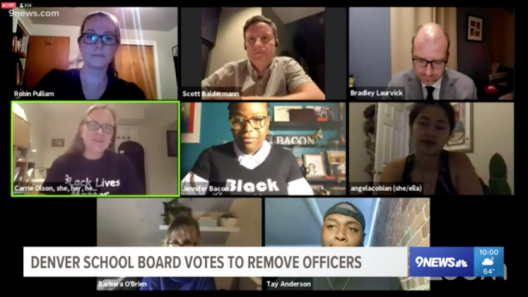 The Denver Public Schools (DPS) Board of Education has voted unanimously to end its contract with the Denver Police Department (DPD) that provides school resource officers to the district.

This means that DPD school resource officers will be phased out through June 2021, and the district will rely on its own security team.

‘George Floyd’s death, and every tragic death of Black people at the hands of law enforcement, have brought to light how we as a district can respond and do more for our students of color,’ Superintendent Susana Cordova said in a statement released after the vote. ‘Ever since the issue of removing school resource officers was first raised, I emphasized how critical it is to hear from many different voices in the community. We heard from several stakeholders tonight, with pros and cons on both sides. It’s important to think about the full context here: strong safety resources on our campuses; trusting relationships with the adults in our schools; and the urgent and absolute need to end the school-to-prison pipeline.’

‘I believe the board has voted on this resolution with the best interest of students at heart.  There is absolutely nothing more important than all of our students feeling safe, cared for, and protected in our schools. An education does not happen without that. Our students need to trust the adults who are on our campuses with them. I appreciate the board’s forcefulness and tenacity in bringing this issue forward.’

For what will they use the money saved?  Social workers, psychologists and “restorative justice.”  How, exactly, will they end the “school-to-prison pipeline?”  They’re surely adopting the Minnesota model of ignoring crime–even felonies–in the schools, particularly those committed by Black and Hispanic students.  No police on campus, no arrests, and the ever-increasing level of crime against students and staff can be much more effectively covered up in the name of “restorative justice.”

This kind of struthious policy not only dramatically increases the crime rate in affected schools, it makes learning all but impossible.  The inmates quickly take control of the asylum, and anarchy reigns in the name of social and restorative justice.  I’ve often written about this issue, most recently here.  By all means, take the link.  The article contains multiple other links on the same subject. 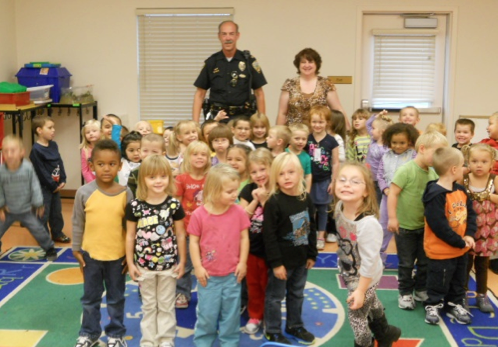 Let us quickly review what a school resource officer is and does.  They are certified law enforcement officers assigned to schools.  Normally, they are assigned to large high schools, but in some places, middle schools as well.  Their salaries are paid in whole or part by their respective agencies, which is a significant drain on manpower and financial resources, because they provide little or no assistance to their patrol forces.  They are essentially the town police in schools that have sufficient populations to be small towns.

However, they are normally chosen carefully.  These are people that like kids and are motivated to be as much social worker as cop.  In the Denver system, most school resource officers are minorities, yet apparently even they are racists.  SROs work hard to develop relationships with kids and staff, and serve a variety of roles on campus, not the least of which is providing some degree of deterrence and protection from school attacks.

It is the presence of resource officers, few though they are, that allows many D/S/Cs to argue against the only truly effective means of deterring and stopping school attackers: arming willing teachers and other staff with concealed handguns.  D/S/Cs, who would disarm every law abiding American if they could—some would even disarm the police—argue that arming teachers is too dangerous; they’d have to be trained to the same standards as police officers, and besides, there are school resource officers.

Keep in mind D/S/Cs commonly suggest the mere presence of police in schools damages a somehow pristine educational atmosphere.  They argue students fear the police, this fear—even if they never see a police officers–keeps them from learning and police officers—particularly their guns—exemplify violence and trigger and microaggress innocent and sensitive students, particularly “students of color.”  These arguments were made in the Denver debate and are common elsewhere.

Also keep in mind, gentle readers, these same people generally despise the police and call them all racists.  Of course, they call all normal Americans racists, but that’s a given.  Police officers are comprehensively trained because they have a very broad spectrum of duties and need a comprehensive body of knowledge of law, procedure and other disciplines.  A teacher carrying a concealed handgun need known only the law of deadly force, and be competent with their weapon.  They certainly don’t need to know everything else officers must know. 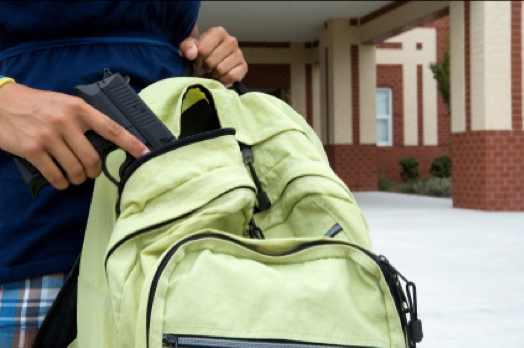 Some argue teachers cannot carry weapons because their job is to teach, and they can’t afford to be distracted from that for even a second.  Any contemporary teacher can tell you the actual distractions from teaching, most mandated by the federal government, the states, and their administrators are pervasive and never-ending.  If and when an attack occurs, teachers, students and parents just might be grateful Mr. Smith, the English teacher, too, two minutes off from a lesson on early American literature to stop the mass murderer ready to kill his students.

Armed teachers are unquestionably effective.  Even if a school has a resource officer, the chance they’ll be in the right place at the right time when an attack occurs is small.  Often, they are on other campuses—it’s common for two or more schools to share one officer– in court, or on one of a hundred necessary errands.  In such cases, the only thing that can stop a killer before anyone is wounded or killed is a good man or woman with a gun, present and ready, then and there.  If a school district publicizes the fact they have armed staff, but does not reveal how many or where, every school in that district enjoys the deterrent effect.

Yet the same people that would disarm everyone now want to remove all school resource officers.  School attacks are so yesterday.  Race hustling and hatred of the cops: new hotness; dead kids: old and busted.

When you’re morally and intellectually superior, such things need not concern you.  You are primed to stamp out systemic racism, even though there is no evidence it exists.  You are ready to stop the police from the genocide of young, black men, even though all the evidence demonstrates no such thing is happening.  And you are ready to cripple or abolish the police because social workers, psychologists and community organizers need the money and can fundamentally transform our society without “police violence.” 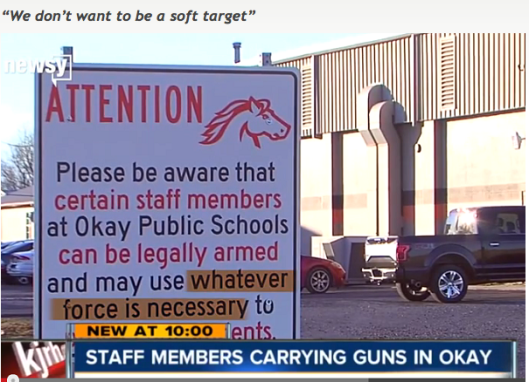 If hundreds of school children have to die for the cause, well, that’s their problem.  When you’re transforming society, you have to break a few eggs.  Besides, most of them and their parents probably aren’t woke anyway, and if they are, they’re willing to sacrifice their children on the altar of social and restorative justice.

They’re invented crisis after crisis, and they aren’t going to let them go to waste.  After all, there’s a presidential election to steal in November, businesses to burn, police stations to occupy and a racist country to transform.

You may find it useful, gentle readers, to visit my yearly series on school attacks.  To find the most recent series, posted in September through November 2019, just enter “school attacks 2019” in the SMM homepage search bar.  In article 4 of that series, I specifically address the issue of school resource officers, and the effectiveness of arming teachers.