I last wrote about the bizarre world of boys pretending to be female athletes in Trans Athletes: Divorced From Reality in February of 2020.  In that article, I noted that three female track athletes in Connecticut filed suit against the Connecticut Interscholastic Athletic Conference.  There have been a number of developments since, among the most significant, the Department of Justice’s filing of a “statement of interest” in the case.  An excerpt from that filing:

Title IX requires that ‘[n]o person in the United States shall, on the basis of sex, . . . be denied the benefits of, or be subjected to discrimination under any education program or activity receiving Federal financial assistance.’ 20 U.S.C. §1681(a); accord 34 C.F.R. § 106.41(a). Title IX’s prohibition against sex discrimination extends to athletics operated or sponsored by recipients of federal money. 34 C.F.R. § 106.41. As a result, covered institutions must ‘provide equal athletic opportunity for members of both sexes.’ Id. § 106.41(c).

The Connecticut Interscholastic Athletic Conference (CIAC), however, has adopted a policy that requires biological males to compete against biological females—despite the real physiological differences between the sexes—if the male is a transgender individual who publicly identifies with the female gender. CIAC claims that ‘federal law’ requires this state of affairs.

They are incorrect. Title IX and its implementing regulations prohibit discrimination solely ‘on the basis of sex,’ not on the basis of transgender status, and therefore neither require nor authorize CIAC’s transgender policy. To the contrary, CIAC’s construction of Title IX as requiring the participation of students on athletic teams that reflect their gender identity would turn the statute on its head. One of Title IX’s core purposes is to ensure that women have an ‘equal athletic opportunity’ to participate in school athletic programs.

It’s significant, and distressing, that Americans haven’t seen this kind of rational adherence to the rule of law in a long, long time.

Nothing in Title IX or Supreme Court precedent requires such radical upheaval. To the contrary, the Supreme Court has recognized that sex-based classifications sometimes are permissible because certain ‘differences between men and women’ are ‘enduring.’ United States v. Virginia, 518 U.S. 515, 533 (1996). That holds true in the area of physical-fitness standards, as ‘[m]en and women simply are not physiologically the same for the purposes of physical fitness programs.’

The policy also illustrates why this Court should not read Title IX to compel schools to require students to participate on sex-specific teams solely on the basis of their gender identity. Even if the term ‘sex’ is somehow ambiguous, if ‘only one of the permissible meanings’ of an allegedly ambiguous term ‘produces a substantive effect that is compatible with the rest of the law,’ this Court should adopt it because the Judiciary ‘cannot interpret federal statutes to negate their own stated purposes.’

Imagine that: courts are bound to interpret the actual letter of the law, rather than impose their policy desires on it. Judges are supposed to be bound by the law, not make their own.  Who knew? In the February article, I observed:

Perhaps the best evidence is girls identifying as boys are not winning boy’s competitions.  This too is self-evident, because there are, no matter how much D/S/Cs would wish to deny it, fundamental, immutable differences between men and women.  Male size, strength and endurance matter, and putting makeup, female jewelry and attire on a man does not turn him into a woman, nor does such camouflage make women men, and thus capable of competing against them.

Federal anti-discrimination law was written to ensure women had equal opportunities for athletic development and achievement.  No law, no policy, can make women perform on the same level as men, but they can destroy women’s sports.  In order to make sports fair, we establish all manner of weight classes in contact sports, and age classes in endurance sports.  We do not expect 70 year-old men to compete against 20 year-old men, nor do we expect 95-pound women to compete in contact sports against 145 pound women.  It would not be fair.  It would deny reality—which is precisely what is happening in Connecticut and elsewhere.

Consider too this excerpt from the same article, quoting an article by Brian Joondeph in The American Thinker:

As an example, let’s look at the 2016 Rio Olympics and compare the men’s and women’s marathon results, the sport mentioned above where a biological male will be competing as a female.

At the last Olympics, the gold medal winner in the women’s marathon ran in a time of 2:24:04. In contrast, the men’s gold medal winner ran 16 minutes faster, finishing in 2:08:44.  Interestingly both winners were from Kenya, born about a month apart in 1984, taking age and ethnicity out of the equation.  More instructive are the finishing times of the other men in the race. If the gold medal winning woman ran in the men’s event, her time would have placed her in 90th place, far away from the medal stand. Conversely, any of the top 89 finishing males would have won a gold medal if competing as a female in the women’s event.

Compelling evidence that allowing men to compete in women’s events is anything but empowering to women, and destructive to honest competition.  It appears, however, that politically correct insanity not only infects Connecticut’s athletic establishment, but its judiciary as well, as National Review.com reports: 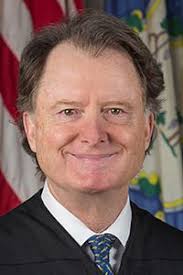 The ADF filed suit in February against the Connecticut Interscholastic Athletic Conference (CIAC) on behalf of three girls — Selina Soule, Alana Smith, and Chelsea Mitchell. The suit challenges the CIAC policy allowing students to compete in the division that accords with their gender identity on the grounds that it disadvantages women in violation of the Title IX prohibition against discrimination on the ‘basis of sex.’

During an April 16 conference call, District Judge Robert Chatigny chastised the ADF attorneys for referring to the male athletes seeking to compete in the women’s division as ‘males,’ according to a transcript of the call obtained by National Review.

What I’m saying is you must refer to them as ‘transgender females’ rather than as ‘males.’ Again, that’s the more accurate terminology, and I think that it fully protects your client’s legitimate interests. Referring to these individuals as ‘transgender females’ is consistent with science, common practice and perhaps human decency. To refer to them as ‘males,’ period, is not accurate, certainly not as accurate, and I think it’s needlessly provocative. I don’t think that you surrender any legitimate interest or position if you refer to them as transgender females. That is what the case is about. This isn’t a case involving males who have decided that they want to run in girls’ events. This is a case about girls who say that transgender girls should not be allowed to run in girls’ events. So going forward, we will not refer to the proposed intervenors as ‘males’; understood?

Two males playing at being girls…

This kind of politically correct nonsense is distressing, but hardly unexpected.  Notice how the judge has prejudged the case.  It’s not about males competing against girls because they can’t beat boys, and because they are boys, but girls who unfairly say “…that transgender girls should not be allowed to run in girls’ events.”  It’s not a matter of biology and physiology, but mean girls that don’t want to run against poor, defenseless, oppressed boys.  D/S/Cs always seek to define the terms of any debate, to label some words and arguments out of bounds, racist or sexist, hate speech in any event, and even unscientific.  The girl’s attorneys were having none of it, however:

The entire focus of the case is the fact that the CIAC policy allows individuals who are physiologically, genetically male to compete in girls’ athletics. But if I use the term ‘females’ to describe those individuals — and we’ve said in our opening brief, we’re happy to use their preferred names, because names are not the point to the case. Gender identity is not the point of this case. The point of this case is physiology of bodies driven by chromosomes and the documented athletic advantage that comes from a male body, male hormones, and male puberty in particular. So, Your Honor, I do have a concern that I am not adequately representing my client and I’m not accurately representing their position in this case as it has to be argued before Your Honor and all the way up if I refer to these individuals as ‘female,’ because that’s simply, when we’re talking about physiology, that’s not accurate, at least in the belief of my clients.

Brooks further informed the judge that he was ‘not sure [he] could comply’ with the prohibition against the use of ‘male,’ and asked if he would be permitted to simply use ‘transgender’ rather than ‘transgender females’ when referring to the athletes – a request which the judge granted.

It’s clear the judge understood he was opening himself up to reversal by a higher court, and Brooks offered him a sort of out.  Consider this mealy mouthed, non-judicial response:

So if you feel strongly that you and your clients have a right to refer to these individuals as ‘males’ and that you therefore do not want to comply with my order, then that’s unfortunate. But I’ll give you some time to think about it and you can let me know if it’s a problem. If it is, gosh, maybe we’ll need to do something. I don’t want to bully you, but at the same time, I don’t want you to be bullying anybody else. Maybe you might need to take an application to the Court of Appeals. I don’t know. But I certainly don’t want to put civility at risk in this case.

Honestly representing his clients and accurately representing the gender of the boys masquerading as girls in this case cannot sanely be considered “bullying,” but that too is a common D/S/C epithet, thrown to shut off all debate.  “…I don’t want to put civility at risk”?  All judges have means to enforce proper decorum in the court, but their first concern must be doing justice, not protecting the tender feelings of precious snowflakes.  The girl’s lawyers did file a motion for Chatigny’s recusal:

A disinterested observer would reasonably believe that the Court’s order and comments have destroyed the appearance of impartiality in this proceeding. That requires recusal,’ … ‘To be sure, the public debate over gender identity and sports is a heated and emotional one. This only increases the urgency that court preserve their role as the singular place in society where all can be heard and present facts before an impartial tribunal.’

Apparently, not in Connecticut.  However, that’s not the case in Idaho:

Idaho Gov. Brad Little has given women athletes renewed hope. Faced with a politically correct culture that is denying women the right to a fair playing field in sports, the Republican governor signed into law new protections for them.

Recognizing ‘inherent differences between men and women,’ Idaho’s Fairness in Women’s Sports Act provides that ‘athletic teams or sports designated for females, women, or girls shall not be open to students of the male sex.’

The measure, which Little signed into law Monday, applies to all of the state’s interscholastic, intercollegiate, intramural, and club teams at the high school and college levels.

Idaho is the first state to prevail against forces working to stop similar bills across the country that seek to right the wrong girls face when state policies force them to compete in women’s sports against athletes who are biological males.

Passing the law was not an easy matter.  Take the link to read the rest of the article.

D/S/Cs, who pretend to be the champions of women, have, in the utter failure of the #MeToo movement, and in their abuse of female athletes, proved to be anything but.  I’ll continue to report on this case.

Coming Soon: Judge Chatigny has a long history of D/S/C coddling of criminals, including a serial killer who raped and brutally murdered at least eight girls and women.