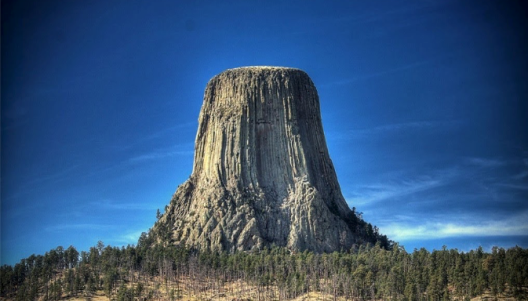 Devil’s Tower. It’s not a movie prop, and it’s actually in Wyoming

A great public service of the Coronavirus is that it is exposing very well just who is important and who is not.

Important: truck drivers, doctors, nurses and other medical professionals, police officers, grocery store employees, gas station/quick shop employees, WalMart and those that work there, farmers (because farming is soooooo easy), teachers (parents are really figuring this one out), and all the people that actually make things, maintain things and do the logistics for things, like toilet paper and hand sanitizer, and…

Not Important: the self-imagined elite, including “experts,” journalists, politicians, community organizers, bureaucrats, “studies” professors, any kind of PC cracktivist, and other people who don’t actually make things, maintain things and do logistics.

An excellent example is the experts at NBC News who have identified the one state in all the nation with the worst social distancing” grade: Wyoming (?!). 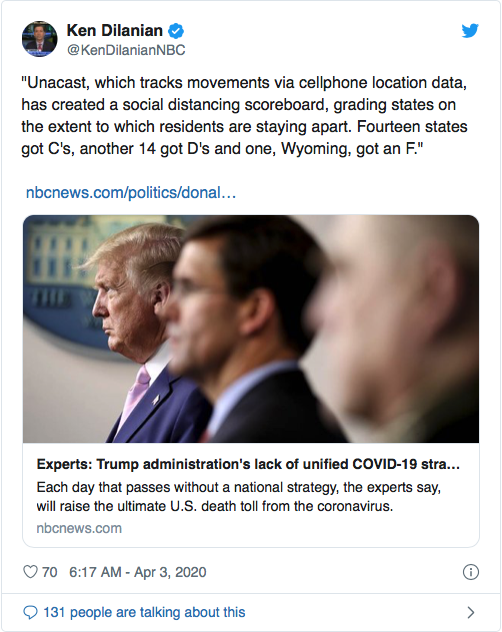 The Trump administration’s decision to let states chart their own responses to the coronavirus crisis rather than impose a national strategy will cost thousands of lives and is likely to result in an open-ended outbreak rolling across the country, a dozen public health experts told NBC News.

The only way to win what President Donald Trump has called a war against an ‘invisible enemy’ is to establish a unified federal command, the experts insist — something Trump has yet to do…

Unacast, which tracks the movements of vast numbers of people via cellphone location data, has created a social distancing scoreboard, grading states on the extent to which residents are staying apart, based on changes from previous movement patterns. Fourteen states got C’s, another 14 got D’s and one, Wyoming, got an F.

Reading this, it took Mrs. Manor and I about 15 minutes to stop laughing and get up off the floor.  We, you see gentle readers, are more or less native Wyomingites.  We lived there most of our adult lives until coming to Texas 19 years ago  to teach, and at the end of this school year, it is to Wyoming we shall retire.

If you wish, gentle readers, look up a map of Wyoming.  What is striking to those unfamiliar with the state, which with the exception of the far western portion—Jackson Hole, the Grand Tetons, etc.–is the high desert, is how very few towns there are, and how very far apart they are.  It is common to drive from place to place in Wyoming for an hour or more seeing nothing but antelope, the occasional vehicle going the opposite way and the occasional ranch some distance off the highway across the prairie. 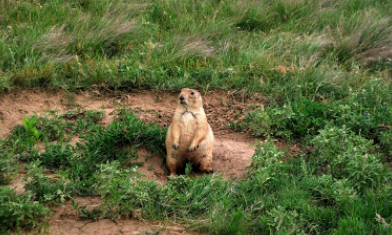 If one looks in the dictionary under “social distancing,” the definition is—or should be–“Wyoming.”

Here are the statistics, as of April 5, for the Coronavirus in WY, according to the Wyoming Department of Health (yes, they have one of those out there, and there is talk of having indoor plumbing and electricity some day): 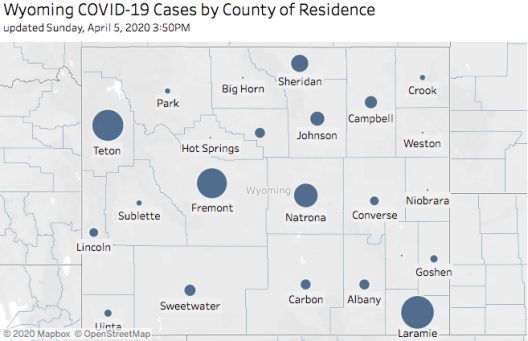 Wyomingites are used to extensive travel for common consumer goods.  For example, in NE Wyoming, where the third largest city reposes, folks commonly drive 2.5 hours East to Rapid City, SD, the regional shopping center, for a great many things.  The same is true to somewhat greater and lesser extents, for much of the rest of the state.

I suspect this all too common disconnect between the reality of the self-imagined elite and the real reality of flyover country—Wyoming surely scores double points there—is due to not only their smirking disdain for people that live in Red states, and also their complete lack of familiarity with, and concern for, their lives.  It’s a topic I’ve often addressed, most recently in The Third Way On Safari In Wisconsin, in November of 2017.  A bit earlier, in NPR: Expedition To The Unknown, I wrote:

From time to time, I come across a progressive sociopolitical anthropologist who decides to venture out into flyover country, that vast cultural desert where God and gun clingers live their meaningless, unfathomable little lives. They spend some time observing, perhaps even interacting, with the animals in their native habitat, and write a journal of their experience in that strange, new land. Usually, they at least make an attempt to find some good in the backward native population, and make a weak plea or two for understanding and unity, as I noted in The Voice Of Otherizing Reason. 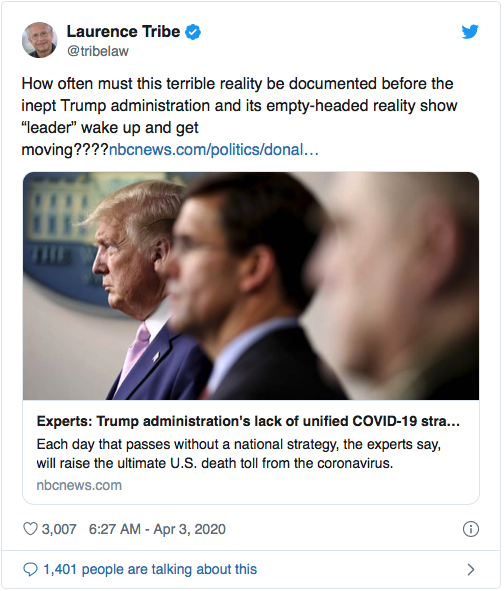 Wyoming’s “F” is a result of attempts by D/S/C “experts” to demand a national shutdown of American lives and the economy, surely enforced by federal agents and/or the military (What about the Posse Comitatus Act, you ask?  Shut up you racist, Coronavirus denier!).  It’s a one-size-fits-all Cloward-Piven strategy.  That strategy is basically the idea of creating a crisis of such proportions Americans will beg D/S/Cs to rule them forever, to accept tyranny they would never accept under any other conditions,  which explains a great deal about D/S/C’s current strategy, doesn’t it gentle readers?  It also explains their holy writ of never allowing a crisis to go to waste. 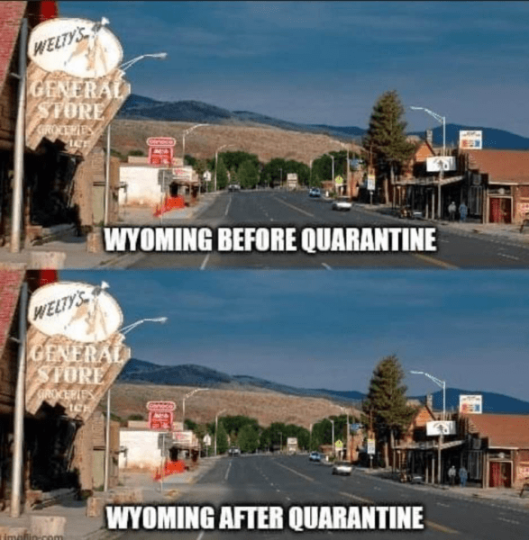 In much of Wyoming, even if someone knew they were infected and had a burning desire to infect others, they’d have to really work at it.  There is not a single subway in the state, no high-speed rail and no plans for it.  In fact, the most common railroad passenger in Wyoming is a lump of coal.  Wyomingites know the states, and their needs, are very different.  Experts, obviously, do not.

Texas has been good to Mrs. Manor and me, and we love the state and its people, but Wyoming is home, and we’re looking forward to the kind of social distancing one can find virtually nowhere else in the union.  We miss having actual seasons too.

In this, and in so much else, “experts” are anything but.

15 thoughts on “Wyoming And “Experts”–UPDATED”