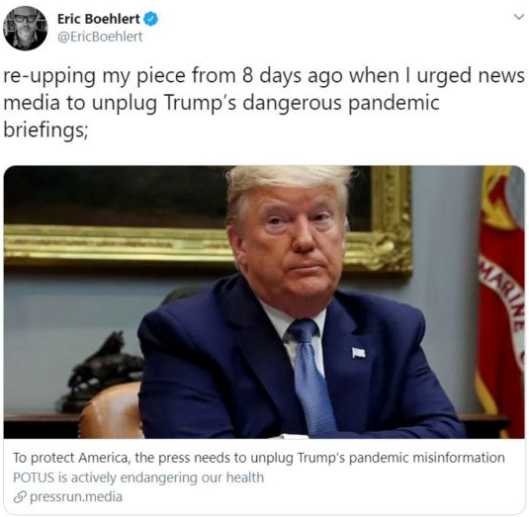 In this time of an All-Coronavirus-All-The-Time media tsunami, there are, post-impeachment, some encouraging signs of swamp draining.  Yes, life goes on despite the virus and D/S/C attempts to use it to turn America into Venezuela.  President Trump has begun the process of clearing the National Security Council of deadwood, and more, of people working in the interests of our enemies.  This, as well as several other “you’re fireds, is a good beginning.  President Trump, constrained to this point by the pursuit of packs of ankle biters, is now more able to govern in terms of removing people hostile to him, and to the country, particularly once he gets past the Coronavirus and the election.

With this in mind, I stumbled on an article in USA Today by one Tom Nichols, a self identified Never Trumper, who took Bernie Sanders to task, not for being naïve about Communism, but for being a willing fellow traveler and true believer. 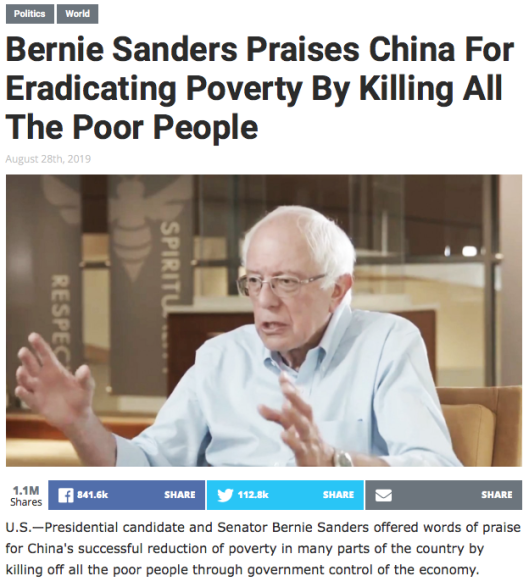 As a Soviet expert and a politically homeless Never Trump voter, I am certain of three things when it comes to Bernie and the Soviets. First, his comments about the USSR show that his judgment is terrible. Second, he will be unable to wave away his comments merely by appending ‘democratic’ to his preferred version of Soviet ideology.

And third, the Republicans will weaponize his remarks, and this will likely cost him the election. Indeed, it would be professional malpractice if Trump’s campaign people passed up this chance. Were I still a Republican and hoping for a GOP win, I could write those ads myself.

Sanders was amazed at the open ‘self-criticism’ of his Soviet hosts, who admitted that the USSR was 10 or 15 years behind America in medical technology. This seems quite candid, if you didn’t know a thing about the Soviet Union. In reality, it was a perfect example of the sophisticated way in which the Soviets to the very end played a canny game of public relations.

Yes, health care was provided by the state. Sanders admired this, but that’s because he did not understand the reality of Soviet medical care. Perhaps he should have looked at it more closely.

Nichols explains that on a visit to Russia, he was able to stealthily visit a hospital and discover the reality of Soviet health care:

I saw an operating theater with windows — to the outside. As I looked at the trees and grass while standing next to the surgical table, I asked: “Do you open these? Ever?” When it gets hot, the Soviet doctors replied, nodding.

The American doctor was polite and professional, but at one point he leaned over to me and whispered that this was where American medicine was … in 1890.

It appeared Nichols was a rational actor pursuing an obvious theme.  I was wrong:

If the Democrats force me into this corner, I will cast my vote for Sanders, because I will take a fool and his dreamy notions about the Soviet Union over Donald Trump and the mafia state he and people like Attorney General William Barr are busy creating in America. If by some miracle Sanders wins, he will be an ineffective and embarrassing president, but if that’s what it takes to rid us of the caudillo in the White House, so be it.

The more likely outcome is that Sanders loses. And when that happens, the Democrats will have no one to blame but themselves. In any case, a contest between Donald Trump and Bernie Sanders is the worst of all worlds and should fill us all with dread.

It is mildly annoying to see Never Trumpers and D/S/Cs continually call Donald Trump a racist, a traitor, and all manner of other—”mafia state”? names.  Such is their right, but they inevitably fail to provide any evidence beyond name-calling.  If he’s a racist, he’s the worst racist in history as his actions and policies have done far more to aid black Americans than anything done by Barack Obama.  Even the best–worst–efforts of the Deep State have failed to find any evidence of collusion/treason.  In fact, his policies regarding Russia, China, Iran and every other enemy of America are far more serious and effective than those of his predecessors.  Trump is supposedly destroying the Constitution, yet he has done nothing at all, again in obvious comparison with Obama, to in any way damage it.  It’s an odd mafia indeed that is steadily restoring the rule of law and fighting against a two-tiered system of justice.

What really caught my eye in Nichols’ article is this:

Tom Nichols is a professor at the Naval War College. 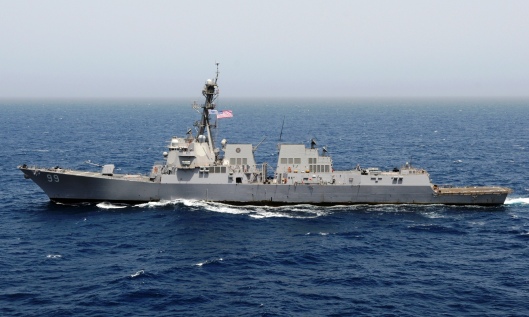 Nichols is teaching our future Naval leaders, people at the highest ranks who will be tasked with defending the Constitution and obeying the orders of the Commander in Chief, regardless of who that might be.  Nichols, a self-identified Never Trumper, a man who, by word and deed, plainly seeks to undermine that CIC, is in a position of molding the minds of those that will be facing our adversaries and directing young Americans in harm’s way.

He identifies Bernie Sanders as a communist, admits he’d be a terrible president, yet would rather have him as CIC than Donald Trump, a man whose every action thus far has been to put America and her interests first. Sanders is anything but a fan of America and Americans, and is certainly no fan of our military.  Donald Trump has rebuilt our military and made good progress in returning it to a professional war-fighting machine rather than a laboratory for the most deranged social experimentation, and Nichols would rather have Sanders in charge?  Who is naïve about Russia and our other enemies?

Is it any wonder our military produces people like Lt. Col. Alexander Vindman, people confused about their place in the chain of command and about their duties and loyalties?  It would seem the Naval War College might be another small portion of the Swamp in urgent need of draining.

2 thoughts on “The Swamp Stills Needs To Be Drained”