Among the specialties of the contemporary media, apart from lying and concealing stories damaging to Democrats, is misinforming the public.  Often, it’s merely a matter of reporters lacking technical knowledge and being too lazy to learn anything before going to press.  Sometimes, it’s a matter of sticking to a favored media narrative, more or less the Bidenesque “truth over facts” gospel.  A common contemporary example is demonizing “stop and frisk,” which has become for D/S/Cs a mortal sin, and for the media, an article of faith as fervent as “orange man bad.”  So evil is stop and frisk, Michael Bloomberg, sort of running for president as a Democrat, has been obliged to repent a sin that was, in the past, instrumental in making New York City liveable.  Of course, under Bill de Blasio, Stop and Frisk has been eliminated, and with it, safety for the remaining residents of NYC, but hey, what’s the victimization, even the death of the very people D/S/Cs claim to champion in the pursuit of D/S/C ideological purity?  Fox News reports: 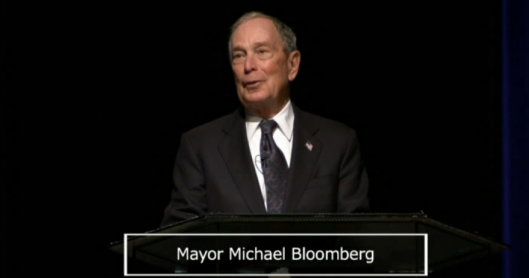 Former New York City Mayor Michael Bloomberg has yet to formally announce whether he will run for president in 2020, but during remarks where he looked to the future before a majority-black church in Brooklyn, he apologized for his controversial ‘stop and frisk’ policy that sowed distrust of police in black and Latino communities during his administration.

That policy, which was later repealed, allowed police to stop individuals on the street and briefly question and frisk them if they had reasonable suspicion that the person may be committing, had committed or is about to commit a crime. During his Sunday speech, Bloomberg recognized that this led to ‘far too many innocent people’ being stopped, many of them black or Latino.

Oh dear.  Even Fox, which is usually more accurate, falls prey to misinforming the public.

Bloomberg, who has filed paperwork to enter the presidential primaries in Alabama and Arkansas, said that as he looked to the future, he also reflected on instances in the past where he ‘came up short.’ He said that he had worked hard to build trust between communities and police, but that the stop-and-frisk policy eventually resulted in resentment when too many innocent people were being stopped.

‘The erosion of that trust bothered me,’ Bloomberg said. ‘And I want to earn it back.’

The former three-term mayor defended his intentions, which were to reduce gun violence, but admitted that he made an error in how he went about it, even noting that when he put in safeguards to reduce police stops, crime did not go up.

‘Today, I want you to know that I realize that back then I was wrong,’ he said. ‘And I’m sorry.’

The story quotes a police union official to the contrary of Bloomberg and ends with this bit of D/S/C orthodoxy, to which all D/S/C candidates must inevitably bow:

I don’t know what the future holds for me,’ he said, but promised that he will continue to working to stop gun violence, ‘and creating a more equal and just society for everyone.’

Let us first examine just what “stop and frisk” is.  It is not a policy invented by politicians, but well settled constitutional law, and an invaluable and absolutely necessary tool for any competent police officer.  Rational citizens want the police to have, and use, this tool.  The Cornell Legal Institute provides a basic definition:

A stop-and-frisk refers to a brief non-intrusive police stop of a suspect. The Fourth Amendment requires that before stopping the suspect, the police must have a reasonable suspicion that a crime has been, is being, or is about to be committed by the suspect. If the police reasonably suspect that the suspect is armed and dangerous, the police may frisk the suspect, meaning that the police will give a quick pat-down of the suspect’s outer clothing. The frisk is also called a Terry Stop, derived from the Supreme Court case Terry v. Ohio, 392 U.S. 1 (1968). Terry held that a stop-and-frisk must comply with the Fourth Amendment, meaning that the stop-and-frisk cannot be unreasonable. According to the Terry court, a reasonable stop-and-frisk is one ‘in which a reasonably prudent officer is warranted in the circumstances of a given case in believing that his safety or that of others is endangered, he may make a reasonable search for weapons of the person believed by him to be armed and dangerous.’

In practice stop and frisk occurs when a reasonable police officer, based on their experience and observations, has a reasonable suspicion that a given person is engaging in criminal behavior, or may be about to engage in criminal behavior. “Reasonable suspicion” is a lower standard than probable cause.  It is not grounds for arrest, but merely grounds for a brief detention—courts have generally held 15 minutes or less—and a pat down of the person’s outer clothing in a search for weapons.  The justification for the pat down is to secure the safety of the officers and the person being stopped.  It would be unreasonable and foolish for a police officer stopping a potentially dangerous person to be unable to take minimal steps to secure their safety.  As Cornell notes, stop and frisk stops are commonly called “Terry stops,” referring to the 1968 Supreme Court case that defined their limits.  Stop and frisk is a part of the body of law relating to the 4th Amendment, which prohibits unreasonable searches and seizures.  A stop and frisk as defined by the Court in Terry is a reasonable search and seizure, made reasonable by the limited detention and the limited scope of the search.

Stop and frisk is not a “policy” dreamed up by a politician, but a part of the criminal law.

Imagine a police officer watching a young man on a street corner. The young man is not only glancing anxiously back and forth, he regularly hikes up his pants, but only on the right hand side.  To the average citizen, the young man might be unremarkable, scarcely worthy of a glance.  But the police know things they do not.

Our police officer is experienced.  This is his usual patrol area.  He knows drugs are often dealt on this street corner.  The nervous behavior of the young man indicates he’s not only looking out for cars that will stop to buy drugs from him, but he’s also watching out for rival drug gang members.  Hiking up the right side of his pants suggests there is something heavy, like a gun,in his waistband.  Based on his knowledge and observations, the officer has reasonable suspicion that a crime—possession of an illegal concealed weapon—is being committed, and that other crimes, such as possession of illegal drugs and sale of drugs may be about to be committed.  This is a classic “Terry stop” situation. 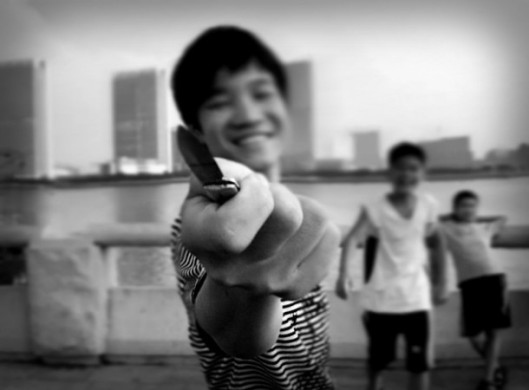 The officer may lawfully stop—briefly detain—the young man to identify him and to determine if he is in fact engaged in criminal activity, and among the very first things he will do is to pat down his clothing to see if he is armed.  If he is not, the officer will not go into his pockets unless, for example, by feel he can tell that the young man is carrying a weapon such as a knife, or he can tell the young man is carrying drugs, such as bags of pills, marijuana, etc..  If he finds a weapon, he then has probable cause and can make an arrest, and completely search the young man for any other weapons and contraband.

I trust, gentle readers, you understand the limited nature of the Terry stop, and can see its value in stopping crime?  Were it not the law, experienced officers would have no choice but to wait until people were killed before doing anything about suspicious people.  They’d have to let suspicious people go about their criminal business, which is the current state of affairs in NYC, Baltimore, and virtually every other city run by D/S/Cs.

In order to better understand what’s going on, let’s add an additional factor or two to our scenario: the young man is black, and the neighborhood is black, a high crime area.  To reasonable people, this is additional, valuable information that would cause a reasonable police officer to become suspicious.  They would also know that such areas are high crime areas because it is young black males that almost exclusively prey on the honest black residents of those neighborhoods.  Professional officers would therefore focus their enforcement efforts in those neighborhoods for the benefit of the residents.

Obviously, officers making Terry stops will sometimes find nothing, and when they do, the person stopped is generally merely inconvenienced for a matter of minutes.  If officers make an arrest in violation of Terry, that arrest, and/or anything seized, will commonly be invalidated.

The question is whether we are willing to see officers occasionally inconvenience the innocent, or whether we consider even honest mistakes unreasonable violations of the 4th Amendment. The real issue, for D/S/Cs, however, is not the Constitution, but political correctness and virtue signaling. 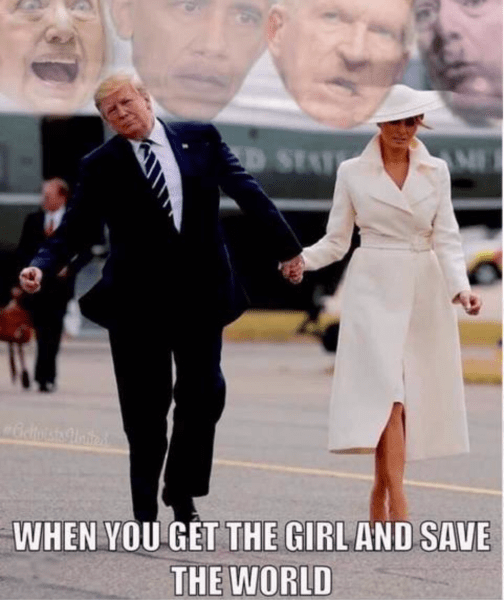 Why is Bloomberg apologizing?  Because he’s pandering to black “activists” and the contemporary D/S/C article of faith that incarcerating black criminals is somehow wrong and racist.  The mere fact that black males are arrested and sentenced to prison in numbers far greater than their population distribution is prima facie evidence of racism.  The mere mention of the undeniable fact that they commit crimes in numbers far out of proportion to their population distribution is also evidence of racism and white privilege, white supremacy and worst of all, Trump!

Thus do D/S/Cs constantly scream about stopping “gun violence,” while making policies that prevent police officers from using an entirely constitutional tool most effective in seizing illegal guns from the black criminals that plague the neighborhoods of honest black people D/S/Cs claim to love and protect.

And when black neighborhoods resemble third world war zones, D/S/Cs blame racism, white privilege, white supremacy, guns, the NRA, and above all, Trump.  Bloomberg wasn’t wrong then, but he surely is now, which will help make him acceptable to D/S/C voters.

4 thoughts on “Bloomberg: Stop And Fisk”