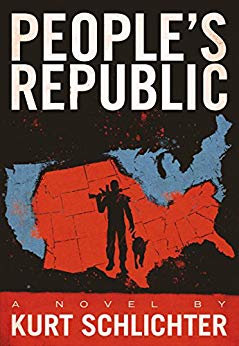 May I, gentle readers, recommend to you Kurt Schlichter’s novels?  There are three, with a fourth due in November. Schlichter envisions a near future world where America has split into blue and red states.  The capitol of the red states is Dallas, TX.  There, the Constitution, with some additions that enhance liberty and require demonstrated loyalty and patriotism for full citizenship, lives.  In the blue states, one finds all the oppression, desolation, hopelessness and lunacy one expects of socialism.  They’re entertaining, and an object warning.  However, even if one doesn’t read those books, there is a current laboratory that demonstrates exactly the kind of dangerous lunacy depicted therein: The People’s Republic Of California, as former LAPD Officer Jack Dunphy explains at PJ Media. 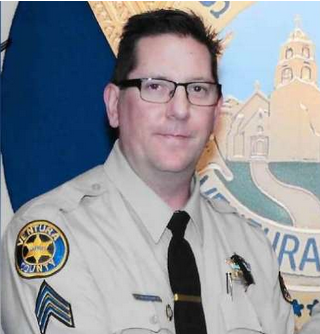 If there are any subjects on which Republicans and Democrats can still agree, one would hope that a charity event in honor of a murdered police officer would be among them. Yes, one would hope, but one would be disappointed.

Next month brings the anniversary of the shooting at the Borderline Bar and Grill in Thousand Oaks, Calif., an hour’s drive up the 101 Freeway from downtown Los Angeles. At about 11:20 p.m. last Nov. 7, a single gunman entered the bar and opened fire without warning. He murdered twelve people before taking his own life.

The last person to be shot was Sgt. Ron Helus, of the Ventura County Sheriff’s Department, who entered the bar with an officer from the California Highway Patrol. While hiding in an office equipped with security camera monitors, the gunman was able to watch the officers approach and then spring a perfectly-timed ambush. Sgt. Helus was hit by five of the gunman’s rounds but, in the confusion of the gunfight, he found himself between the gunman and his fellow officer. As was revealed a month after the shooting, it was a bullet from the CHP officer’s rifle that pierced Sgt. Helus’s heart and killed him.

A blue-on-blue shooting is even more tragic, and avoidable, but that’s a topic for another article.

This Sunday [09-29-19], a charity flag-football game was to be held at Newbury Park High School, with the proceeds going to Sgt. Helus’s family and those of other fallen law enforcement officers. It will not take place as scheduled.

That’s because local politicians refused to allow it because—gasp!—Republicans would be there.

According to the Fox 11 report, some people in the area were displeased that supporters of President Trump would be among the speakers. Actor Scott Baio, a Trump supporter who attended church with the Helus family, was to speak, and Joy Villa was to sing the national anthem. But also slated to attend was Governor Gavin Newsom’s public safety liaison, who we may assume holds different opinions on Mr. Trump.

Randall says in a phone call that Hagel questioned why the Trump supporters were invited.

‘He basically said over and over in the conversation this is not Trump country, that slogan ‘Make America Great’ is not favorable, popular, within 1,200 square miles, that we don’t want Republicans here, I could not believe it… We were totally floored by this comment, ‘the only thing,’ and I quote, ‘the only thing you coulda made this worse, Mike, was to invite Dick Cheney and Sarah Huckabee Sanders,’ and I went…wow are you kidding me?’ Randall said.

Fox 11 also reported that Capt. Hagel had been contacted by Jacqui Irwin, a Democrat who represents the area in the state assembly. She objected that her Republican opponent in the previous election had been invited to the event.

When Randall refused to disinvite the Republicans, Capt. Hagel told him the Sheriff’s Department would no longer participate, which led to the withdrawal of corporate sponsors and the event’s cancellation. 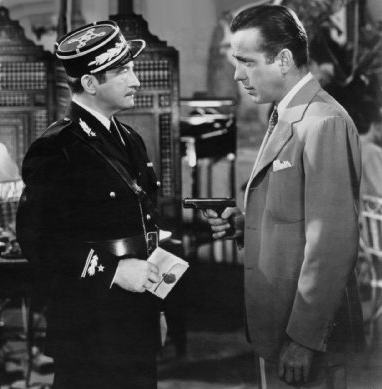 Louis Renault, shocked, shocked there is gambling at Rick’s

What Capt. Hagel has done is revealed that his law enforcement agency is an enforcement arm of the California Democrat establishment.  One might safely assume, circa AD 2019, is many, if not most, California law enforcement agencies, as well as essentially all state government agencies, are the same.  Anyone shocked by this is automatically qualified for the Louis Renault Award.  Louis Renault, for those not familiar with Casablanca, is the police Captain who tells Humphrey Bogart’s Rick that he is “shocked, shocked!” there is gambling going on in Rick’s place, just before one of Rick’s employees brings him a bundle of cash, his gambling winnings, which he quickly tucks away.

This is a fundamental betrayal of one of the absolutely essential foundations of law enforcement: political neutrality.  If citizens can’t know their police forces are apolitical, they can’t be trusted.  Once lost, such trust is virtually impossible to regain.  Every competent law enforcement officers understand this.  It is drilling into them from the first day of their basic training and reaffirmed regularly throughout their careers.  Competent agencies are very sensitive to even the appearance of political favoritism and officers violating this essential public trust are quickly brought back into line, or fired.  If the police are political, no one can trust them, because political leanings can change, or be bought.  The protection of law isn’t just for local residents of a particular political belief, it’s for everyone, but obviously not the non-leftist residents of, or visitors to, Ventura County, CA.  No wonder former Californians are fleeing in droves.

Read Schlichter’s books.  Ventura County is The People’s Republic of Schlichter’s fictional world, and I increasingly fear, a glimpse into a near future, actually divided America.