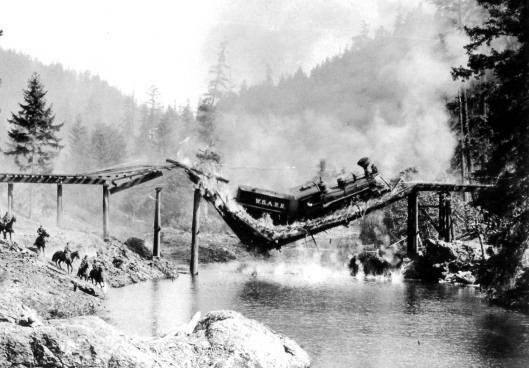 To those that have been paying attention, this should sound familiar:

Six months ago we shared a frightening observation from Patrick Deneen, a political science professor at Notre Dame who has also taught at Princeton and Georgetown. He described his students as ‘know-nothings… devoid of any substantial knowledge.’

In an essay titled ‘Exercises in Unreality: The Decline of Teaching Western Civilization,” Anthony Esolen describes a university climate today in which many students and professors no longer possess the knowledge and skills that their peers of previous generations took for granted:

‘But what if you know hardly anything about anything at all? That is an exaggeration, but it does capture much of what I must confront as a professor of English right now, even at our school, which accepts only a small fraction of students who apply for admission. Nor, I’m afraid, does it apply only to freshmen. It applies also to professors.’

I bet Esolen is popular in the faculty lounge.

“I now regularly meet students who have never heard the names of most English authors who lived before 1900. That includes Milton, Chaucer, Pope, Wordsworth, Byron, Keats, Tennyson, and Yeats. Poetry has been largely abandoned. Their knowledge of English grammar is spotty at best and often nonexistent. That is because grammar, as its own subject worthy of systematic study, has been abandoned. Those of my students who know some grammar took Latin in high school or were taught at home. The writing of most students is irreparable in the way that aphasia is. You cannot point to a sentence and say, simply, ‘Your verb here does not agree with your subject.’ That is not only because they do not understand the terms of the comment. It is also because many of their sentences will have no clear subject or verb to begin with. The students make grammatical errors for which there are no names. Their experience of the written language has been formed by junk fiction in school, text messages, blog posts, blather on the airwaves, and the bureaucratic sludge that they are taught for ‘formal’ writing, and that George Orwell identified and skewered seventy years ago. The best of them are bad writers of English; the others write no language known to man.’

What, gentle readers, are we to make of this? Regular readers know of my concerns along these lines, but perhaps it will be helpful to reiterate.

I sympathize, to a significant degree, with Deneen and Esolen, but I temper that sympathy with the understanding that colleges have, for perhaps decades, been admitting anyone with a pulse and solvent checkbook.  One can’t have too much sympathy for colleges that establish remedial high schools on campus because they know a large portion of incoming freshmen aren’t up to actual college level study.  So they charge them full tuition for remedial classes and award no credit, adding a year or more to a degree they know many will never receive.  Take this link to an article  that expands upon the topic of who is prepared for college and who is not.

I also sympathize with students.  Readers may not know that I regularly correspond with educators from around the globe, K-12 and college.  We share and discuss ideas and articles, and in that process, I’ve learned much.

Perhaps most distressing is the disastrous effects of mandatory, high stakes testing.  We’ve bred a tested generation, kids who have known little else but mandatory testing and all that goes with it, since Kindergarden.  Tragically, the results of this kind of well-intentioned but abusively harmful “accountability” are easy to forecast, but have been studiously ignored. The influence of politics in the service of dim-witted ideology and money is powerful indeed. 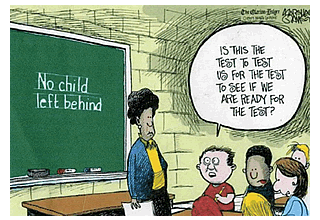 When such tests determine the ratings of schools, they also dramatically affect the careers of educators, from teachers to principals to administrators.  As a result, everything about education, from scheduling, to activities to curriculum is altered to ensure high test scores.  The most destructive factor, however, is the severe loss of time to testing to see if the kids are ready to take the practice test, to see if they’re ready for the benchmark test to see if they’re ready for the mandatory test.

Many schools drill for the tests throughout the year, which are virtually always given in the Spring.  In the nearly quarter century I’ve been teaching in the public schools in several states, I’ve lost at least a third of my curriculum–class time–to testing and other unnecessary and counterproductive schemes.  My American colleagues report the same.  Teachers elsewhere tend not to have this particular problem, but that’s a subject for another article. 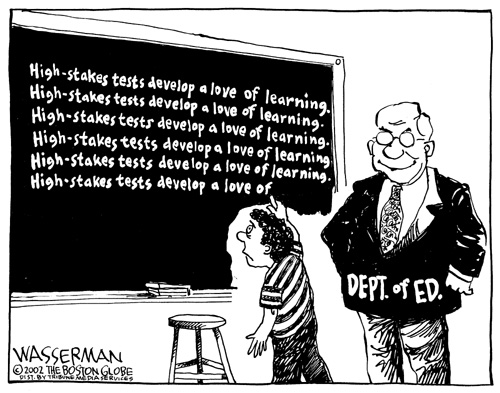 Consider this: remove 5 minutes each day over a school year, for any reason, from a given secondary class, and you lose 20 class periods–one month of instruction. Teachers routinely lose much more than that.

Deneen and Esolen are right.  Far too many students arrive in high school with miniscule vocabularies. Many readily admit they can’t remember when they last read a book–any book, to say nothing of meaningful, academic texts.  Their knowledge of grammar is virtually nonexistent.  They don’t capitalize the beginning of sentences, nor do they use punctuation at the end.  “I” is always written “i,” as in “i went to the park.”  They’ve no idea what a semicolon is, or how to use one, and many aren’t at all sure about colons.  They don’t use paragraphs, and have only the most tenuous grasp on what a paragraph is, or what it ought to contain.  Asking them to define parts of speech is an exercise in frustration and despair, for them, and for teachers.

They are no less intelligent than children of the past, but they have had so little time to learn what they must learn, they can’t help but be deficient.  Their general knowledge, about history, the culture, government, philosophy, the sciences and arts, is likewise lacking.

Part of this is due to enlightened policies of discipline–actually non-discipline–that serve only to prevent teachers from teaching and create absolute chaos in many schools.  A current fad is “student centered instruction,” which, taken at it’s core, is the idea that students are inherently brilliant, and thus teachers must become “facilitators,” people whose only job is to guide children in ways that allow them to express this inner brilliance.  Most proponents of this approach actually argue that teach–er, facilitators, actually regularly critique their teachers, telling them what they did wrong, and how they prefer to be taught–er, facilitated.  They even demand facilitators inquire of the children what they’d like to be taught next–and how.  This of children who have little idea of literature, or of any other discipline.  For them, history began last week, if that long ago. 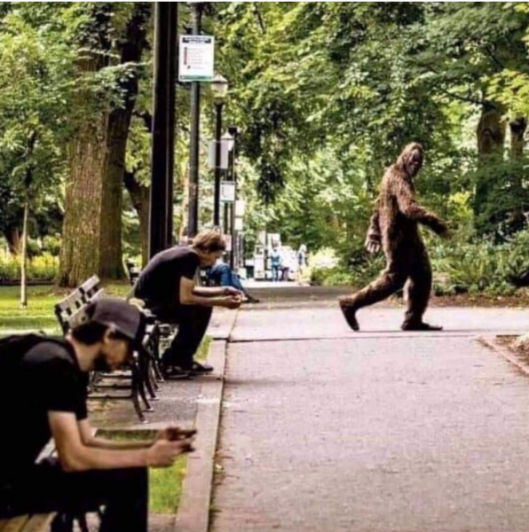 One of my greatest annoyances is the idea children have a right to cell phones.  Parents actually text kids in class.  Adults in charge of schools dare not infringe this most important of rights, and the result is the greatest weapon of mass distraction ever invented.  Kids have great difficulty paying attention.  Cell phones make that tendency even worse, and teachers spend substantial time dealing with incessant cell phone sneaking.

Far too many high school teachers are faced with an insurmountable dilemma: do they conduct remedial classes to desperately try to bring kids up to grade level, or do they teach the curriculum–what little they have time to do–of the grade they’re supposed to be teaching?  Administrators and principals generally tell them to teach the grade level curriculum.  It’s difficult to admit all your cherished schemes that are supposed to change the face of education are utter failures–not to mention all the public money wasted on them–so the serious and growing deficits of knowledge in children are ignored.

As a result, assignments that even a decade ago would have taken a single class period now take two to three times that long–or more.  Teachers have to remediate, or kids can’t so much as understand what’s being said, or what’s being asked of them.  They’re just not prepared. 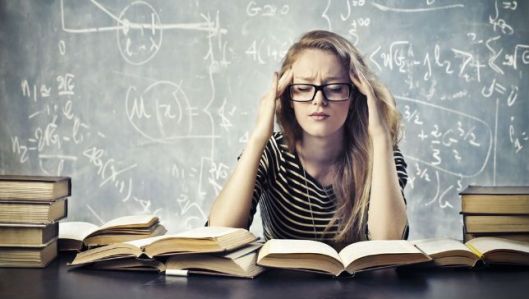 Experienced senior–grade 12–teachers, receiving such kids at the beginning of the year, tend not to blame the junior–grade 11–teachers. They know they got the same kids unprepared for junior level work, and so did the sophomore teachers.  They all take the kids as far as they can with their ever-dwindling teaching time, but they know it’s not far enough, and when they see so many kids who barely graduated heading to college, they despair for the future. 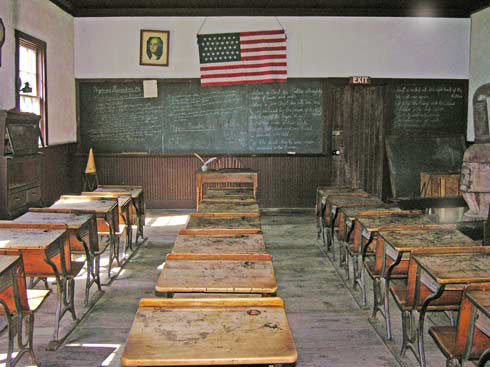 What’s the fix?  Return to the basics of education, where teachers are the most important elements.  Hire the best, pay them properly, give them the resources and support they need. This includes restoring respect, or at least deference, for teachers.  In no school should kids be in charge. Discipline must be reasonable, but certain and fast.  Demand politeness, and adopt a zero tolerance policy for failure to do class work.  Get rid of cell phones in school.  Absolutely get rid of mandatory, high stakes testing, and leave accountability to communities.  Reestablish vocational training in schools, and demand colleges admit only people ready for genuine college level work.  This would, of course, eliminate all the diversity bureaucrats and studies professors and related courses, but that will save a fortune as well, and help ensure people entering college have a reasonable opportunity to graduate with a degree that might actually assist them in making a living.

I could go on and on, but none of these bold, new initiatives would cost a fraction of the money wasted on testing, “accountability” and endless fads used to build administrator’s resumes’.  In fact, returning to real education would save untold billions.

Isn’t that worth something?

5 thoughts on “Really Reforming Education: What’s It Worth?”