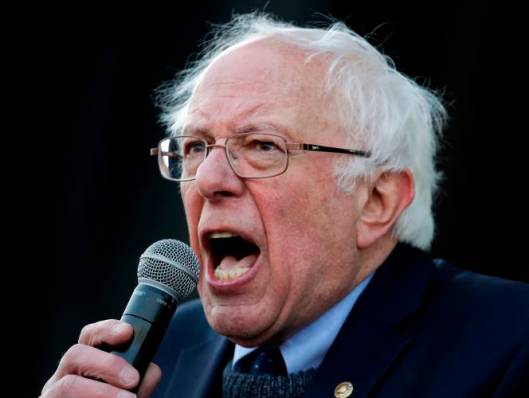 Bernie Sanders: he knows how to do government right!
credit: vnews.com

For the contemporary Democrat—oops!–Socialist party, American constitutionalism and every freedom it embraces is old hat. The brave new future, the hope of mankind, is the one political system that has cost hundreds of millions of lives and impoverished every non-self-imagined elite forced to live—barely—under it: socialism.  This is, we are assured, the only way Americans, and the illegal immigrants who come to this terrible country for some unfathomable reason, can be truly free.  It is the only way all can be equal.

But what happens when America becomes socialist? Where will the residents of socialist dictatorships come for freedom?  Where will normal Americans go?  Daniel Allott at The Washington Examiner provides some well-informed perspective: 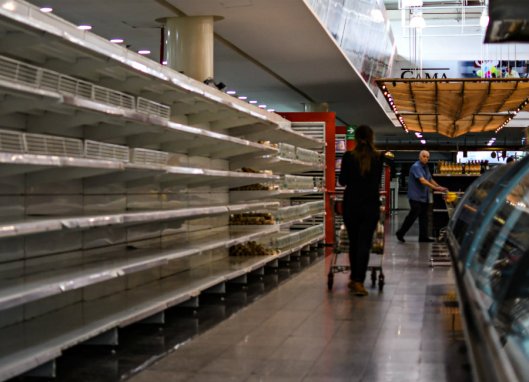 Venezuelan grocery store when inflation was only hundreds of thousands of percent
credit: world crunch.com

When Saga Zhou first moved to the United States from China in 2009, she steered clear of politics. The Communist Party rules supreme in China, so most Chinese immigrants bring a built-in aversion to political involvement.

But Zhou’s interest in politics was piqued as she began to see the American Left embracing policies that reminded her of those she’d fled in China.

One such policy was the Left’s support for late-term abortion. When she lived in China, Zhou, like many young Chinese, didn’t consider abortion to be a big deal. But her view changed after moving to America, getting married, and bearing two children.

‘After I became a mother, my understanding about life fundamentally changed,’ she told me when we met at a Panera Bread in Irvine. ‘Now I am totally a mother.’

Zhou said her heart broke upon learning about a Virginia bill to loosen restrictions on late-term abortions. Appearing on a radio show as the bill was being debated, Democratic Gov. Ralph Northam pledged to sign the legislation, even suggesting it would sanction infanticide.

‘Oh, when I saw the news, I cannot even open [the article],’ Zhou said through tears. ‘It was really hard. I just felt something really strong into my chest. And then I said, ‘Let me adopt him, don’t kill him.’ 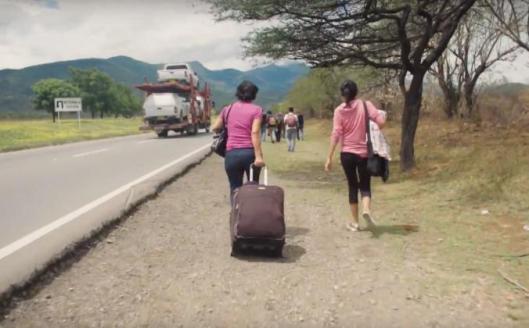 Venezuelans fleeing the country; normal people in socialist countries do that sort of thing…
credit: hrw.com

In 2008 and 2012, many Chinese-American voters cast their presidential ballots for Barack Obama, believing Obama’s Democratic Party was more hospitable to immigrants. ‘On the first day when we land here, the media and Left reinforce the concept that minorities and immigrants are supposed to vote for Democrats and not supposed to be aligning with conservatives,’ said George Li, a Chinese immigrant I met at a Starbucks in Irvine.

But many Chinese-Americans are repelled by the Democrats’ more recent embrace of policies they consider socialist. Socialism is a great, great concern to [Chinese-Americans], which is why I’m really motivated to stop that,’ Li said. ‘It’s our duty.’

It’s the duty of all normal Americans. 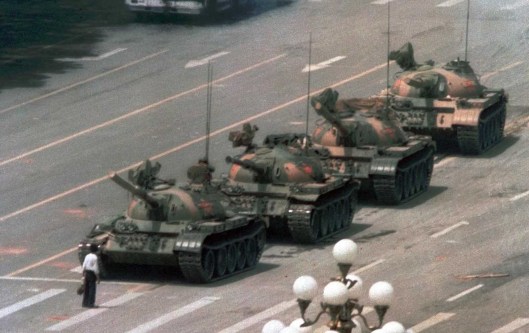 As a college student in China in the late 1980’s, Li was active in China’s democracy movement and knew some of the students involved in the Tiananmen Square protests.

Li believes the Republican Party is a natural fit for Chinese-Americans.

He finds the Left’s obsession with political correctness maddening because it intimidates people into silence. ‘This intimidation is so bad for freedom of speech,’ he said. ‘A lot of things I see in this country are very similar to what I saw in the Cultural Revolution era in China,’ He calls political correctness a ‘form of cultural Marxism.’

Of course it is.  Would that all Americans see so clearly.  Here’s yet another socialist enemy:

Benjamin Yu, also of Irvine, saw the Democratic Party moving toward socialism long before some of its members began embracing the term.

Yu immigrated to the U.S. with his mother in the late 1990s. In the immediate aftermath of Sept. 11, Yu, then a U.S. Green Card holder, felt a ‘surge of patriotism,’ prompting him to join the Army. [skip]

Yu saw a nascent socialism developing under President Barack Obama, whom he voted for twice before turning to Trump in 2016. He believes more and more Chinese are voting Republican, though he thinks many are reluctant to say so for fear of being ostracized.

Normal Americans saw it too.

Zhou, Li, and Yu believe Republicans can win over Chinese-American voters by emphasizing the Democrats’ embrace of socialism, and the GOP’s staunch opposition to it.

‘I just want America to be America,’ Li said, ‘not another Soviet Union, Cuba, or China.’ 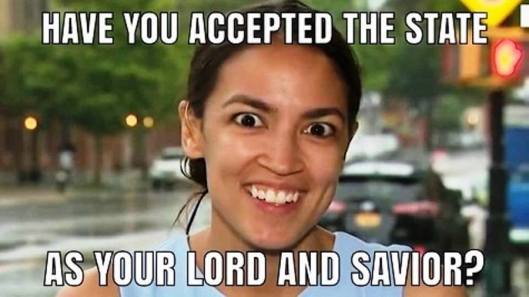 Isn’t it odd, gentle readers, people tend not to want to immigrate to Russia, Cuba, Venezuela and China?  Why could that be?