Eric Swalwell, guns and democracy, second amendment, survival of the fittest, The Bill Of Rights, The Constitution, tyranny, unalienable rights 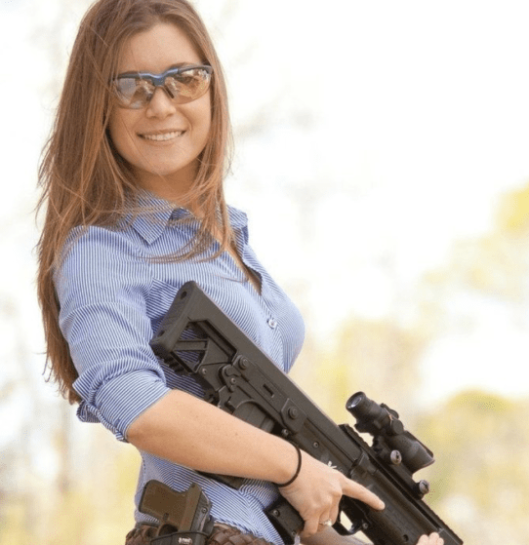 Those conversant in American history know the government does not grant the express rights in the Bill of Rights.  They are natural, unalienable rights, rights we have by virtue of our humanity. Because government, in our constitutional republic, exercises every iota of its power on loan from the people, it may not grant or rescind such rights, at least not legitimately.

The most formidable right is the Second Amendment, the right to keep and bear arms.  Because of its purpose, and potential threat to tyrants, our contemporary democrats/socialists have taken to professing outrage at the very idea. “Why, saying Americans would take arms against their government is preposterous!  It’s treason!”  Actually, it’s American.  It’s how we began. 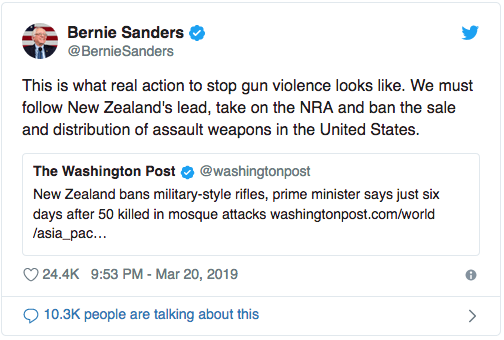 It’s also why anti-liberty/gun cracktivists are so desperate to disarm the law-abiding.  Consider the ravings of such as the reprehensible and dim Rep. Eric Swalwell who claims a citizen rebellion would fail because the government has nuclear weapons and would use them–against Americans.  The implication is that small arms in the hands of citizens would be useless against the might of the American military.  They wouldn’t, but that’s a topic for another day.  What remains is potential despot’s fear of the armed citizen. They know they can’t work their will if people can resist them with force.  If Deplorables are allowed to keep arms their socialist utopia will always be an aspiration, never a reality.

For the purpose of this article, we shall also put aside the reality that the right to self-defense, to preserve one’s life, is meaningless without the most effective means to affect that preservation. If weapons aren’t allowed, it’s survival of the fittest and most violent, which would be a real war on women, and children, and the elderly, and everyone but the strongest and cruelest.

The usual suspects display their usual non-thinking.  Think Progress tells us there is no correlation between gun ownership and democracy.  The point, I suppose, is  despotic governments will behave if citizens have no means to oppose them.  That’s just the kind of people they are.  History, and the current international status quo, is not kind to that sort of utopian non-thinking.

Consider too one Garrett Epps, writing at The Atlantic:

History is rarely that clear, however, and the notion of personal gun possession as a right is also deeply rooted in American history.  UCLA Law Professor Adam Winkler, author of the forthcoming Gunfight: The Battle over the Right to Bear Arms in America, notes that since before the Amendment was proposed, many citizens have discussed the right to bear arms as a guarantee against tyranny as well as a feature of a federal system.  Indeed, Winkler’s reading of the history finds more support for this anti-tyranny idea than for the Supreme Court’s current doctrine that the Second Amendment supports a right of personal self-defense. But the protection against tyranny was a long-term structural guarantee, not a privilege of individual nullification, he says. “I don’t think there’s any support for the idea that government officials should be afraid of being shot.”

It would be odd indeed if the Framers of the Constitution and the Bill of Rights had written an amendment designed to give individuals the right to liquidate the government they were setting up.

While Epps appears to strike a conciliatory tone, the Framers intended citizens be able to overthrow despotic governments.  The Declaration of Independence provides:

That to secure these rights, Governments are instituted among Men, deriving their just powers from the consent of the governed, –That whenever any Form of Government becomes destructive of these ends, it is the Right of the People to alter or to abolish it, and to institute new Government, laying its foundation on such principles and organizing its powers in such form, as to them shall seem most likely to effect their Safety and Happiness. Prudence, indeed, will dictate that Governments long established should not be changed for light and transient causes; and accordingly all experience hath shewn, that mankind are more disposed to suffer, while evils are sufferable, than to right themselves by abolishing the forms to which they are accustomed. But when a long train of abuses and usurpations, pursuing invariably the same Object evinces a design to reduce them under absolute Despotism, it is their right, it is their duty, to throw off such Government, and to provide new Guards for their future security.

The Second Amendment does not create a right of revolution against tyranny. That inherent right is universal. As stated in the Universal Declaration of Human Rights, adopted by the United Nations in 1948, ‘[I]t is essential, if man is not to be compelled to have recourse, as a last resort, to rebellion against tyranny and oppression, that human rights should be protected by the rule of law.’ The Universal Declaration was influenced by the Declaration of Independence, thanks in part to the US delegation led by Ambassador Eleanor Roosevelt (who carried her own handgun for protection).

The Second Amendment does, however, reinforce the rule of law and anti-tyranny structure of the US Constitution, by ensuring the government cannot disarm the people. In the 2008 case District of Columbia v. Heller, all nine Justices agreed that the amendment protects an individual right to keep and bear arms for service in the militia. (The justices disagreed about whether the right includes other purposes, such as personal self-defense or hunting.) Why did the founding generation believe that a well-regulated militia was necessary? One reason, observed Justice Antonin Scalia: ‘when the able-bodied men of a nation are trained in arms and organized, they are better able to resist tyranny.

Robert Tracinski at The Federalist, speaks to the Founder’s intent:

The point of The Federalist No. 46 was not to game out the details of this kind of conflict between a federal army and state militias allied with an armed citizenry. Madison’s point was to demonstrate how the whole constitutional system was designed to preventsuch a conflict. The point was to set up a system where a revolution would never be needed in the first place, by ensuring that there is as little distance as possible between the coercive power of government and the people it governs. An armed citizenry and state militias, along with a military of citizen soldiers, are all part of that system.

This system is built to prevent tyranny, but it cannot prevent all conflict. It certainly did not keep Americans from shooting each other over slavery. Notice in that case, though, that the regular army was as divided as the rest of the country, to the point where top Union officers—including Gen. Robert E. Lee, who was originally offered the Union command—defected to the Confederate cause. If the purpose of the division and dispersal of coercive power is to ensure there is no separation between the military and the people, that doesn’t help when the people themselves are truly divided.

Despite the overdramatization among the chattering classes, we are fortunately very far from reaching that breaking point today. We should not tempt fate, though, by blithely dismissing or tearing down any part of the system that keeps us from getting there by shortening the distance between the government and the governed.

In other words, the Second Amendment provides–on purpose–deterrence.  One may disagree that civil war remains far off, but the seeds have been sewn, and many on the Left seem determined to reap that particular whirlwind.

But what about today? Are there contemporary examples?  The Free Beacon thinks so:

MSNBC reporter Kerry Sanders unwittingly made the American case for the Second Amendment during a report Tuesday on the political upheaval in Venezuela.

Anchor Andrea Mitchell introduced Sanders for his report by commenting on the surprising ability of Venezuelan dictator Nicolás Maduro to stay in power, despite the pressure on him to step down.

‘Not only hanging on but he appears to still control the military,’ Sanders said. ‘You have to understand, in Venezuela gun ownership is not something that’s open to everybody. So if the military have the guns, they have the power and as long as Nicolás Maduro controls the military, he controls the country.’

The plight of Venezuela’s citizens is not historically unique, nor is it unique circa 2019. Free peoples have arms.  Subjects do not.  Free people have toilet paper and don’t have to eat zoo animals. Venezuelans don’t and do.

Socialists are right to fear arms in the hands of the law-abiding and patriotic.  They’re just not honest enough to admit it, or their real intentions.  The Founders, however, well knew their kind, which is why we have the Second Amendment, and as long as we do, America.