This Memorial Day, our thoughts turn to you who, unbidden, answered your country’s call, you who truly were–and are–the best and brightest. We know your rest is troubled. How could it be otherwise? The America for which you fought and died is in jeopardy. Half of the country is “The Resistance,” resisting the Constitution, the rule of law, love of liberty, trying to depose a lawfully elected president, everything you fought and died to preserve.  As William Butler Yeats said:

The best lack all conviction, while the worst are full of passionate intensity.

Yeats speaks of the self-imagined “best,” not you; never you.  America has a Commander In Chief again, but many in our government, including our intelligence apparatus, the Department of Justice, the Democrat Congress and the FBI, and virtually all of the news media, are doing all they can to destroy him that they may return to the glory years of Barack Obama and the fundamental transformation of America into a socialist worker’s paradise. There is no longer a loyal opposition; members of the Democrat Party are racing to the left at blinding speed, heedless of the lessons of history, heedless of the virtues for which you fought and died.

Politicians wail that breaking the law and destroying the Constitution is the highest expression of patriotism. You understood patriotism.  You lived it, and died giving the last, full measure of real patriotism.

For you, duty, honor and country were not mere mottos, but lived, every day, and uncommon valor was a common virtue. Our current self-imagined elite fear ideas and words different than their own, and seek “safe spaces.” You willingly went to the hellholes of the Earth, places where no safety was to be found, and bore any burden to preserve liberty, even for those that would spit on it, and you. They, those precious snowflakes, demand the world accommodate their infantile desires.  You sacrificed so all could live in liberty. 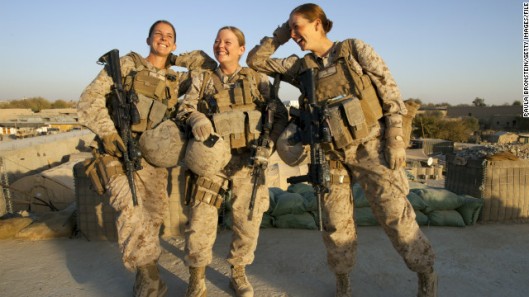 You understood how rare and precious American citizenship is.  You lived patriotism, not the politically expedient rhetoric thrown in the faces of Americans by corrupt politicians and cynical, dim-witted, self-absorbed entertainers, but the patriotism that ever lives in the hearts of Americans. You knew what it meant to give the last full measure of devotion:

They give nothing, but take much.  And you, like me, fear your sacrifice might be in vain.  You shudder with revulsion at men and women that deny the existence of evil and think America is what is wrong with the world. They revel in the bounty of America, and smugly sneer at those that honor your sacrifice, the flag, patriotism and all it means to be American.

Always in American history, when we have needed great men and women, we have found them. You were among them. When we needed not the coddled, addled, self-imagined elite, but the truly best and brightest, they have always donned the uniform and taken up arms in the defense of liberty, just as you did. 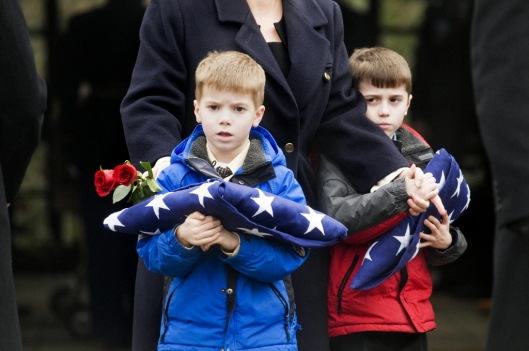 In Henry V, William Shakespeare wrote a speech that resonates in the hearts of every warrior.  He speaks of a climactic battle on Saint Crispin’s Day, but your days were no less meaningful:

From this day to the ending of the world,

But we in it shall be remember’d;

We few, we happy few, we band of brothers;

For he to-day that sheds his blood with me

Shall be my brother; be he ne’er so vile,

This day shall gentle his condition:

And gentlemen in England now a-bed

Shall think themselves accursed they were not here,

And hold their manhoods cheap whiles any speaks

That fought with us upon Saint Crispin’s day.

You few; you band of brothers; you who kept faith with all who fought before you and showed the way to those that follow.

Will more step forward in the future? Will they sacrifice as you have sacrificed?  Will they pledge their lives, fortunes and sacred honor to preserve the America you so fiercely loved?

I know they will. The sound you hear, the regular, echoing marching to the flag, is the never-ending sound of their feet,the sound of liberty. Even as vilely corrupt bureaucrats and politicians seek to preserve their life-long sinecures at the expense of honest, honorable Americans, young Americans answer the call, just as you answered the call.

The America for which you gave all of your tomorrows still lives. I am but one that remembers and honors you and America, but one of millions, tens, hundreds of millions, that can never forget you, because, we, like you, are Americans.

On this Memorial Day, we pause to particularly remember as Robert Laurence Binyon wrote in 1914:

They shall grow not old, as we that are left grow old:

Age shall not weary them, nor the years condemn.

At the going down of the sun and in the morning

We will remember them.

God protect and comfort you, as you protected us, and give you peace.  Let the sound of fellow Americans marching to answer our nation’s call lull you to eternal, well deserved rest, secure in the knowledge that the flag will always be taken up; good men and women will not allow evil to win.  They will gladly take and honor your oath: