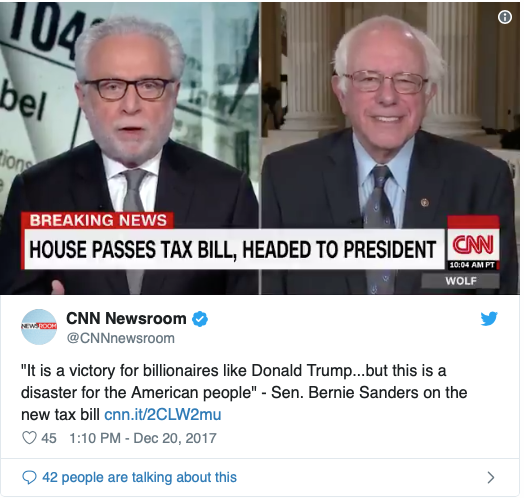 Democrat/Socialists have been screaming that the Trump tax cuts are a disaster.  For example, The Washington Examiner reports:

Democrats see early statistics showing declining refunds this tax filing season as an opportunity to attack the 2017 Republican tax overhaul as a giveaway to the rich at the expense of the middle class.

The tax cuts lowered the amount withheld from each paycheck for most taxpayers, cutting their taxes but also raising the possibility that, when they file their taxes, their refund will be smaller.

Even though they may be paying less taxes overall, taxpayers might resent getting a smaller lump refund — or having to pay a larger bill to tax collectors.

Let’s see if we understand this, gentle readers.  Tax refunds might be lower, but that’s because the federal government is taking less out of paychecks.  If one thinks about this, it almost makes sense.  This means Americans have more of their own money throughout the year, which also means they’re making less of an interest-free loan of their own money to the government.  The money government spends comes out of our pockets.  It’s ours, not theirs.  This is reality, which is, of course, not the way Socialists look at things.  They construct their own reality and try to make everyone else live in it: 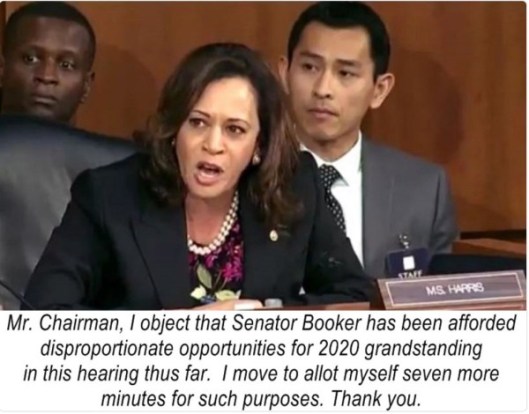 The average tax refund is down about $170 compared to last year,’ Sen. Kamala Harris, D-Calif., a candidate for president, tweeted Monday. ‘Let’s call the President’s tax cut what it is: a middle-class tax hike to line the pockets of already wealthy corporations and the 1%.’

Could it be possible the tax cut means Americans are paying less in taxes, taxes being “cut” and all?  Could that be possible if Kamala Harris says it’s not?  Who you gonna believe, her or your own lyin’ bank account?  And no more impressive an authority than Nancy Pelosi agrees: 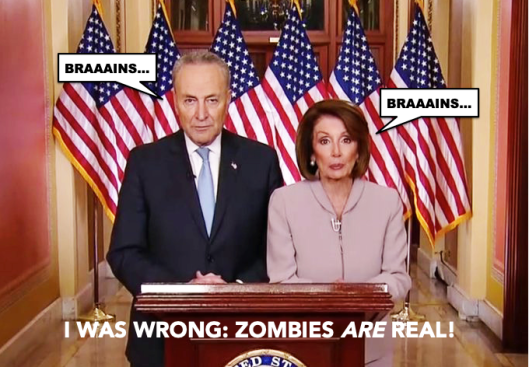 Eighty-six million middle-class families will see a tax increase while they advertise it as a middle-class bill.’
— House Minority Leader Nancy Pelosi (D-Calif.), at a town hall in Culver City, Calif., April 4, 2018

In 2018, most U.S. taxpayers can expect some kind of tax cut, according to just about every analysis. The nonpartisan Tax Policy Center found that more than 80 percent of taxpayers would get a tax cut, with less than 5 percent getting a tax increase.

But, without saying so, Pelosi focuses on the last year of the tax cut: 2027. Then, the numbers will have flipped, with only 25 percent of taxpayers getting a tax cut and more than 50 percent getting a tax increase. An even greater percentage of tax increases is in the bottom 80 percent of taxpayers: what Pelosi calls the middle class. That’s where she gets her 86 million figure.

What happened? The individual tax cuts expire over the course of the decade. Republicans did this to keep the whole tax cut — especially the corporate tax cut — in a budget box that allowed only for a $1.5 trillion increase in the federal deficit over 10 years.

Socialists have had some success in lying about the tax cuts because the actual benefits will not be obvious to most Americans until they pay their 2018 taxes this year–2019. That’s the first time the reality of those cuts will become obvious.

Mrs. Manor and I are teachers, about as middle class as you can get.  We live comfortably, at least in part because we’re frugal and have no consumer debt, other than one vehicle, which will be paid off within a year.  We might, therefore, be somewhat representative of what middle class Americans can expect.

We pay in to the government every year; we get no refund.  This means we keep our money all year and don’t let the government use our money, interest free, for things like a high-speed railway to nowhere in California. Many think a refund a great thing. Some even think it means they’re putting one over on the IRS.  They’re not. Refunds are just a different way of managing–if one can call it that–their money over the course of a year. A refund was always your money, you just didn’t have the use of it until your taxes were filed and approved.

Socialists scream this is nothing but a tax cut for the rich.  Obviously, that’s not true.  It’s unseemly,–juvenile–to envy the wealthy and to wish them harm.  The fact that they became wealthy means wealth is possible for us all.  That’s a good thing.  But while Socialists wail that Mr. Trump is dividing Americans, their entire method of operation is one of division, demonization, and keeping people at each other’s throats based on their membership in Socialist defined groups.  They can do that only if we let them define and categorize us.

If wealthy people are paying less in taxes, God bless them.  As long as they aren’t breaking the law, if they use loopholes to pay even less, good for them.  Those loopholes were put there by a corrupt Congress unwilling to do anything about a byzantine, abusive tax structure they manipulate for their own benefit.  If they don’t like it, they can do their own worthless jobs and change it for the better. On second thought, don’t; they’re more likely to make things even worse for normal Americans.

I don’t know about you, gentle readers, but as for Mrs. Manor and me, we choose to believe our accountant and the balance of our bank account. We also thank President Trump, who is keeping his promises, and in the here and now, making our lives a bit easier.  That’s something one waits a very long time to see politicians do.  He did it within two years.  That matters.

9 thoughts on “Taxes: That Matters”