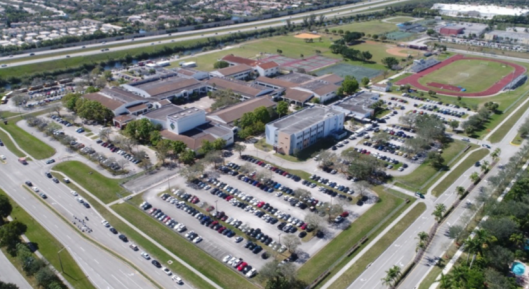 In the process of investigating many crimes, particularly complex crimes, developing and confirming an accurate timeline is essential. As regular readers know, in the Erik Scott case, this was not done because a timeline would have destroyed the false Metro narrative, an issue covered in my recent book: License To Kill: The Murder Of Erik Scott.  In the investigation of school attacks, timelines are also essential, but for different reasons.

At Newtown, the killer limited himself to a slightly more than ten-minute attack by killing himself.  The police didn’t so much as enter the building until some five minutes after his suicide.  They heard the shot that killed him, but didn’t know that until much later.  At Marjory Stoneman Douglas High School, the attack lasted only about six minutes before the killer abandoned his weapon and fled.  At Newtown, the killer moved in only a very small area of the single story school.  At Parkland, he ranged over a large, three-story building, one of a 13-building campus of some 3000 students–the size of many small towns.  The timeline provided here comes from the state commission appointed to analyze the attack.  Its report is available here in PDF form. The events took place on 14 February 2018.  Time hacks are expressed in the military format—1400 is 2 PM, 1500, 3 PM.

MSDHS Campus. North is up.

14:19: Cruz was dropped off by an Uber driver at MSDHS east of Building 12.  He was seen walking to the building by an unarmed “campus monitor,” who thought the black gun case (obviously so) he was carrying was a backpack.  He did not approach Cruz and no alarm was sounded. 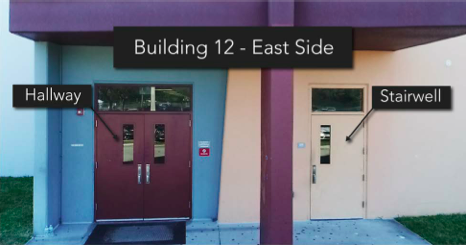 1421:16:  Cruz entered the east hallway doors of Building 12.  He removed his rifle from its case and loaded it.  He put on a magazine bearing—not ballistic–vest. Another student chanced on him and Cruz told him to leave.  He wisely did.

Exploded view of Building 12, MSDHS. North is up.

1421:38:  Cruz opened fire on the first floor, killing three and wounding one.

1421:40: Cruz fired into classroom 1216, killing three and wounding five.  He never entered a classroom, but fired through doors/doorways, and the windows in doors.

NOTE:  Even if someone were hired to monitor video feeds in real time, it would have made no difference.  The Building 12 cameras were motion activated and on a 20 minute delay. This made any attempt by the police to know where Cruz was impossible, and they didn’t initially know about the delay, leading them, later in the event, to provide badly outdated location information to responding officers.

1422:13: Cruz fired into classroom 1214, killing two and wounding four.  At roughly the same time, the Coral Springs Police Department received the first 911 call from someone inside building 12.  This was done about a minute after the first shot, which is an unusually rapid time for a first 911 call in a school attack.

1422:39:  Building 12 fire alarms went off.  They were apparently activated by dust blown up by gunfire.  Unlike what has been widely reported, Cruz apparently did not pull a fire alarm.

1422:48: Campus monitor Chris Hixon was shot on the first floor.

1422:57: All second floor students concealed themselves in classrooms, emptying the hallway.  No students on that floor were shot, which is not a recommendation for contemporary “run and hide” tactics.

1423:05:  Cruz fired into classroom 1213, killing one and wounding three.  Students on the third floor had no idea of the attack and were calmly heading for the stairwells as they would in response to a fire drill. No “code red”—school wide notification of an attack—had been made.

1423:17: Deputy Scott Peterson, the School Resource Officer—SRO—arrived at the east side of Building 12.  This was the first time any armed person could have entered
Building 12 to seek out Cruz.  By this time, he had already killed nine and wounded thirteen. Peterson’s non-role is explained in Update 9.

NOTE: Several school employees were designated “campus monitors’ or ‘Security Specialists.”  None of them were armed, and they had no role in stopping the attack.  One hid in a closet in Building 12 during the attack.  He survived.

1423:25:  Campus Monitor Aaron Feis was shot and killed at the west, first floor exit door to Building 12.  The stairwells of the building were on the east and west sides.  At about the same time, Cruz mounted the west stairs to the second floor as SRO Peterson made the first radio call about “possible shots fired.”

1423:36: Cruz entered the west side of the second floor hallway, which was empty.  He subsequently fired six rounds into classrooms, but hit no one.  As he was shooting, SRO Peterson and Security Specialist Greenleaf ran to the NE corner of Building 7.  By this time, students in the packed hallway of the 3rd floor east stairwell, getting some inkling of an attack—no code red had been made–began to return to and and lock themselves in classrooms on the 3rd floor.

NOTE:  School hallways generally offer no concealment or cover.  Any students caught in them are uniquely vulnerable to hostile fire.  People should avoid being caught in them, but this too is not a recommendation for “run and hide” tactics.

1424:54: The first code red was called, but only over the school radio system, not over the PA system.  Only school personnel carrying portable radios would have heard it.

1425:35: In an apparent attempt to shoot at students running from the building, Cruz tried to shoot out an exterior window in the teacher’s lounge on the NW corner of the third floor.  The hurricane glass withstood the .22 caliber bullets. 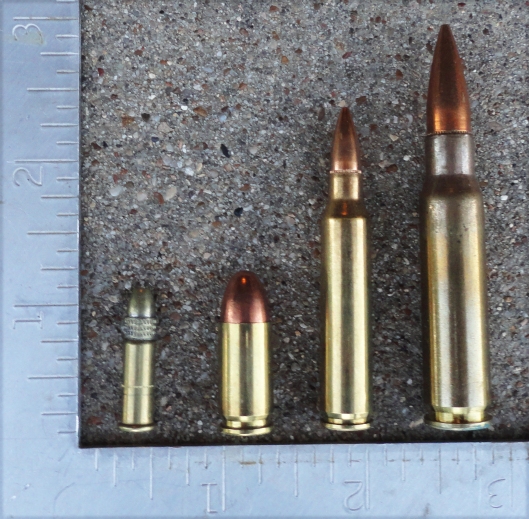 Note:  The .223 cartridges used in AR-15 pattern rifles are not “high-powered.”  They are intermediate cartridges, and their projectiles tend to fragment against solid objects.

1426:24: A CSPD Sgt. asked the dispatcher—via radio–if there was an active shooter at MSDHS, which was confirmed. This was the first apparent confirmation to any police officer of the attack, five minutes and 54 seconds after the first shot was fired.

1426:54: The first CSPD officer radioed he had arrived as MSDHS, 5:48 after the first shot was fired.  This is a reasonably rapid response.  At this point, no one had been told where, in a campus of 13 buildings, the shooting was taking place.  By this time, the attack was seconds from ending.

1427:10: A police body camera recorded the sound of final shots.  By this time there were no fewer than eight BSO deputies on or near the campus.  None made any move to seek out the shooter.

1440:16: The first mass evacuation of students began, 21 minutes after the first shot was fired.  At this point, no one knew how many shooters were present, where they were, or if the attack was still ongoing.

1450:40:  Police radio traffic said Cruz was last seen on the second floor.  He was, but about 27 minutes earlier.

1452:39: Thinking the shooter was still in the building, a number of officers reached the west side, second floor landing.

1454:32: Police radio traffic had the shooter moving from the second to the third floor.

1455:02: A police Sgt. was notified by an assistant principal that video was not in real time.  No one else was told this vital fact for another seven minutes.

1502:20:  BSO radio traffic notified BSO deputies the video was not in real time and Cruz left the building about 20 minutes earlier.

1507:15: The last surviving victim was medically evacuated from the building.

1537:45:  Cruz was captured about two miles southwest of the campus.

An upcoming article in this series will deal in depth with physical security issues, which, as is the case in virtually all American schools, were woefully inadequate to deter an attack, or to be of assistance to victims or responding police officers.

Consider these factors (keep in mind they apply to virtually all school attacks—there are few exceptions):

*Initial 911 notification of the police always takes time.  Gunshots heard in one part of a school building go unheard, and/or unrecognized as gunfire, elsewhere.  By the time the police are notified, many are wounded or killed.  In this case, by the time of the 911 call, six were dead and six wounded, and it would take about 10 additional minutes before officers entered the building.

*911 notification never contains the information the police need to rapidly locate and stop a shooter.  Generally, only the location and the presence of gunshots is communicated.  A general portion of the building might be available, but if anything more specific is provided, such as “Mrs. Smith saw him near room 1518,” by the time officers get that information, it’s outdated, even dangerously wrong.

*Any information relayed through a police dispatcher to officers is always minutes out of date.  In school shootings seconds are minutes and minutes are hours.

*Mere arrival on the scene of a shooting is only marginally relevant.  Officers must still—as in the case of MSDHS—find, in 13 separate buildings, where the killer is—which usually means, where they might be.

*Even if there is a single building involved, officers virtually never have any idea of the interior layout of schools, which can be akin to mazes.  It will always take them time to locate and engage the killer, which they virtually never do.

*The old saying is particularly true in school attacks: “When seconds matter, the police are minutes away.”  Seconds mean wounded or dead.

*A single story school building is bad enough. A three-story building is a nightmare for the police—and the inhabitants.

*As is virtually always the case, the police had no role in stopping the attack.

*Police response was too late to save any lives, or to capture the suspect on the scene.  Most school attackers kill themselves long before the police can arrive.

*Contemporary police training requires the first officer on the scene, and every officer, to immediately enter, engage and neutralize any threat. Such training is of no value if officers, as in this case, don’t heed it.

*Contemporary “Run, hide, lockdown” response strategy is ineffective.  In this case, some were wounded or killed when Cruz fired through the windows of locked classroom doors.  This does not mean people shouldn’t do these things. However, if this is the whole of their defense strategy, people are going to die.

*Cruz choose not to breach classroom doors, but if he had—it’s easy—the death toll would be much, much higher.

Cruz’s rifle. Was the rear sight folded downward for the entire attack or did someone fold it down afterward?

*The same people will surely cry banning “assault weapons,” such as common, semiautomatic AR-15 class rifles, would prevent such attacks, or at the least, greatly limit the damage.  Nonsense again.  Consider these attacks:

1) Bath, MI, 1927:  44 killed, 58 wounded by exclusive means of explosives.  This remains the school attack with the highest death/injury toll.

3) Ft. Hood, TX, 2009:  13 killed, 30 wounded.  While not a school attack, the killer used only a single handgun.  Rifles are not necessary to inflict mass casualties at close range.  Like most schools, American military installations are also gun-free zones.

I’ll continue this thread in an upcoming article, gentle readers.  I’ve previously written, and it has been heavily covered elsewhere, that there was, over several years, more than ample warning of Cruz’s deadly intentions.  In most school attacks, any potential warning is apparent only in hindsight, and such warning signs are almost always ambiguous at best. That is not the case here, where Cruz was unmistakably specific about his intentions, and the warnings were voluminous and apparent over a considerable period of time.  Many were ignored because the school district’s policies made it almost impossible to deal with minority juvenile criminals for any reason.

It is interesting to note that for the first time in history, a commission investigating a school attack has suffered an outbreak of common sense and recommended willing school staff be armed.  Were that the case, Cruz could have been stopped, potentially before anyone was injured. At the very least, the body count could have been much lower.

Only arming willing staff, and widely publicizing that fact, but keeping their names and numbers secret, has the potential to deter attacks, and to save lives when deterrence fails.