This, gentle readers, may be my final article in the Freddie Gray case, at least I hope it might be.  Absent some significant, specific development, I hope to finally lay it to rest after some 56 articles.  I leave Baltimore to the citizens of that sad city, and to the corrupt leftist politicians they reflexively, continually elect.  But on the way out the door, let us take a look at the status quo, as The Baltimore Sun reports:

Baltimore had the worst homicide rate among the nation’s 50 largest cities last year and the second-highest violent crime rate overall, according to new data from the FBI. 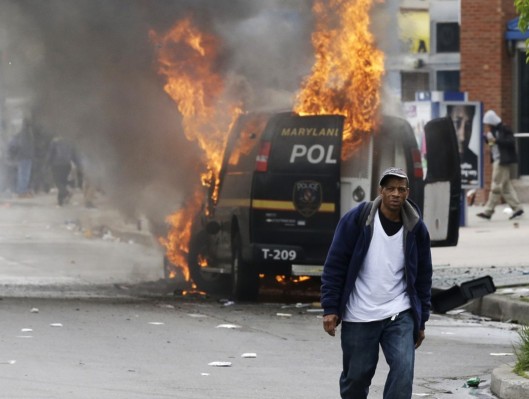 The grim news was the latest reminder of the sustained cycle of violence that has gripped the city since 2015, when the annual number of homicides soared above 300 for three consecutive years after the unrest that followed Freddie Gray’s death from injuries suffered in police custody.

There were 342 homicides in Baltimore last year, 56 per 100,000 people who live in the city. That’s the highest per capita in the city’s history and, according to the FBI report Monday, the highest rate of any American city with more than 500,000 people. It’s also significantly higher than the rate in other big cities.

‘Sometimes it does seem, I won’t say hopeless, but there are neighborhoods that are crying out,’ said Councilman John Bullock, whose West and Southwest Baltimore district has seen some of the worst violence.

In a speech last week, U.S. Attorney General Jeff Sessions cast blame on a consent decree that requires the Baltimore Police to respect people’s constitutional rights. [City Councilman Brandon] Scott questioned that conclusion and said that policing methods previously employed in Baltimore led to abuses such as those by the Gun Trace Task Force, whose members were convicted in federal court of robberies.

‘I want our police officers out there dealing with the most violent people, people who are disrupting neighborhoods,’ Scott said. He said that’s a goal city residents share, ‘but they want that done in a professional and constitutional manner. 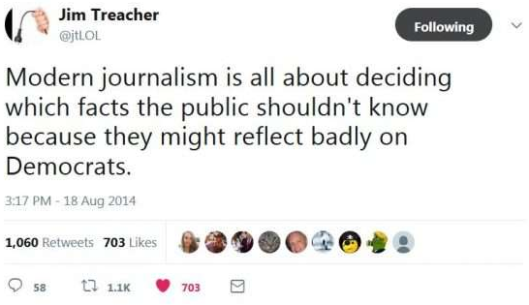 Scott probably doesn’t want that at all.  He doesn’t because that would entail actually dealing with black criminals—they’re the overwhelming majority of criminals in Baltimore—which would tend to cast cherished progressive narratives in a particularly bad light.  It would also require Baltimore police officers entirely abandon self-preservation, but more on this shortly.  For the moment, let’s revisit the primary reason I have not previously abandoned any interest in this case.  Andrew Branca at Legal Insurrection explains:

The Baltimore police officers who are suing State’s Attorney Marilyn Mosby for maliciously investigating and defaming them when she criminally charging them over the death of Freddie Gray while he was in police custody have appealed the 4th Circuit’s dismissal of their case to the US Supreme Court, according to the Baltimore Sun.

Regular readers are up to date on the facts of the case, but others need only choose the Freddie Gray archive from the “Post Categories” tab on the right side bar of the home page.

Despite zero evidence of unlawful force upon Gray by the officers involved, and in particular no evidence that they had used any force against Gray’s neck, Maryland State’s Attorney for Baltimore Marilyn Mosby brought murder charges and other lesser charges against six of the officers. These charges were based on an ‘independent’ investigation conducted by Mosby’s office, independent of the investigation already underway by the Baltimore PD.

That “independent Investigation” was the basis for the officer’s suit against Mosby, their only chance to bypass Mosby’s immunity. As readers are doubtless aware, every officer was either acquitted, or charges were dropped when it became clear, even to Mosby, there was no evidence, and no hope of conviction.

The officer’s suit alleges that Mosby made false statements against the officers in the course of filing charges against them, and that ‘[t]hese among other statements were made not for the purpose of prosecuting crimes that had allegedly been committed by White and Porter, but rather for purposes of quelling the riots in Baltimore.’ [skip]

The officers had initially sued Mosby in Federal District Court, where Mosby’s assertion of her claim of absolute immunity in support of her motion to dismiss the case was rejected. Mosby then appealed that decision to the 4th Circuit, which reversed the District Court and dismissed the officer’s suit on the basis that Mosby’s conduct qualified for absolute immunity.

Officers Apply for Certiorari to US Supreme Court

This week, the officers have applied for certiorari on the matter to the US Supreme Court. (Certiorari is an order by which a higher court reviews a decision of a lower court.) In their motion the officers once again argue that their claims of misconduct by Mosby are grounded in her investigatory activities, not her prosecutorial activities, and that the 4th Circuit misapplied existing case law in dismissing their suit on the basis of absolute immunity.”

The Supreme Court grants cert in only a tiny fraction of the many cases submitted it each year.  While the Gray case is notorious, it’s unlikely the Supreme Court will grant cert. In any event, I’ll report.  Branca concluded:

It would, however, be nice to see some adult supervision applied to check the abusive conduct demonstrated by a small minority of out-of-control prosecutors. Prosecutors do need a great deal of discretion in order to do their jobs, but no government official’s discretion should be without limits, and conduct beyond their official functions and duties would seem to fall outside the bounds of the protections they enjoy through such doctrines as absolute immunity.

And should Mosby in particular end up being the Court’s nail in this matter, it couldn’t happen to a nicer gal.

Indeed.  But perhaps Ms. Mosby has learned something from the Gray debacle?  Perhaps she has seen the need to become a professional, apolitical prosecutor?  Let us examine an opinion piece she wrote for The Baltimore Sun:

Three years ago today, my office brought criminal charges against six police officers in the untimely and unfortunate death of Freddie Carlos Gray Jr. The evidence suggested that Freddie Gray was unconstitutionally arrested — hands cuffed and feet shackled — then placed head-first unsecured and defenseless in the back of a metal police wagon, where his spine was partially severed and his pleas for medical attention were ignored.

That decision to bring charges was not one I made lightly, but upon taking office I pledged to pursue justice regardless of one’s race, class, ZIP code or — in this case — occupation. I applied the law to the facts, and charged accordingly.

The facts and the law, several years later, acquitted the officers and/or forced Mosby to abandon her baseless prosecution/persecution.  No.  She has learned nothing.

I’m often asked to recount the moments that led up to my decision — the days and hours I spent pacing my office, reading through tons of documents, reviewing breathtaking footage and ultimately walking down the steps of the War Memorial to announce the charges. Without a doubt, those were the most difficult moments in my life. I knew that nothing would be the same after that announcement. And while I was not sure of what the future held, I was sure that I was doing the right thing. [skip]

Of course, Ms. Mosby. It was all about you.  We recall that dramatic moment you dramatically walked “down the steps of the War Memorial to dramatically announce the charges,” and to get “justice for Freddie Gray.”

Guided by my faith, believing that I was put in that position at that moment for a reason, I felt that if we were ever going to make real on our promises to reform the criminal justice system — no matter how daunting the task — that moment had arrived.

She was apparently “put in that position at that moment” to wrongfully arrest innocent police officers for political advantage.  She hints at that motivation:

I was determined not to be yet another politician who failed to use their power to effect change. I was determined to seeFreddie Gray and the scores of young boys like him who struggle daily to navigate their existence in a society that doesn’t see their humanity. I was determined to do the right thing for the right reason. Freddie Gray had no pedigree, was poisoned by lead paint early on in life, had limited education and bleak career prospects. Still, he was a man and deserved to be seen by those of us who have the ability and the responsibility to ensure equal protection and justice under the law.

Unless of course, the officers involved did nothing wrong, and there was no evidence, no probable cause to support so much as an arrest, let alone to secure a conviction beyond a reasonable doubt.  No one ever doubted “Freddie Gray “was a man.”  No one ever failed to see his “humanity.”  This is merely Mosby’s attempt to play the race card, to claim the officers were picking on him because he was Black.  She conveniently forgets to note it was she, at the urging of her City councilman husband, that sent an enhanced number of Baltimore officers to that very corner that very day because of citizen complaints about blatant drug dealing.  She also forgets to note that Gray was a well-known petty criminal and drug dealer. Mosby did indeed use her power “to effect change,” and that change has been an unprecedented crime and murder wave, mostly affecting the black community about which she claims to care so much.

My actions on that day have been scrutinized repeatedly, and perhaps we will never reach a consensus on what should have occurred in this case. However, I can speak with complete assuredness that I would make the same decision if confronted with the same set of circumstances again. Baltimore took an important step forward in that moment. The long list of progressive reforms that were born from that moment speak to the enormous impact Freddie Gray had not just on our city but this country. I never met Freddie Gray, but I am proud to be associated with his legacy.

There you have it gentle readers, in her words.  She would, given the chance, arrest and prosecute entirely innocent police officers again–still.  Thank goodness for the “progressive reforms” that have made Baltimore the per capita murder capital of America.  Mosby is proud of that legacy.

I want our city to know that while the Baltimore Police Department undergoes much-needed culture and operational changes, residents and law-abiding officers will always have a partner in the state’s attorney’s office. As long as I’m in this position, I will always fight for the citizens of Baltimore. That includes young men like Freddie Gray, innocent children like Phylicia Barnes, those unfortunately forgotten like Carter Scott, and yes, the dedicated men and women of our police department, who, like my Papa, risk their lives with honor, courage and pride each and every day.

Somehow, I doubt Baltimore PD officers think that sentiment even remotely sincere.  They are, however, certain, she’ll prosecute them at the drop of a hat for political advantage.  They’re just smart enough to know that.