There is, after all, Justice, though it was a near thing in a great many ways.  I am reminded of the ancient Chinese curse:  “may you live in interesting times.”  That we do; that we do.

But for the moment, enjoy this press release from the Supreme Court: 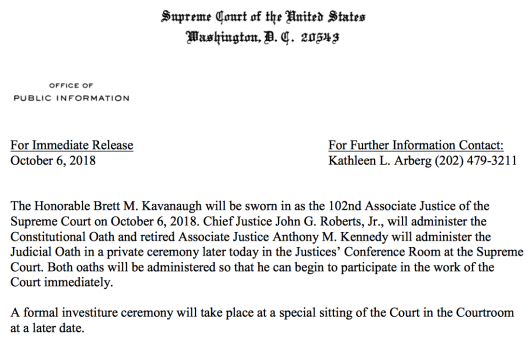 One final note: Justice Ruth Bader Ginsberg has admitted she was at least somewhat drunk during her appearance at the last State of the Union Address: 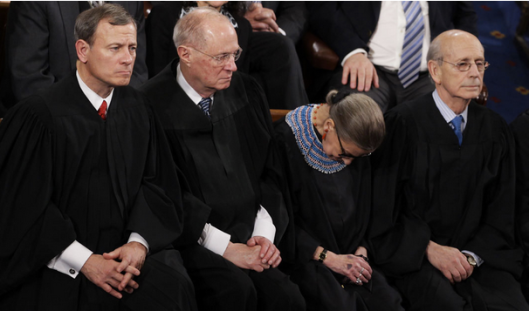 I vowed this year just sparkling water — stay away from the wine — but the dinner was so delicious it needed wine,’ she said, speaking about a dinner party beforehand to which Justice Anthony Kennedy brought ‘very fine California wine.

I’m sure, in light of this revelation, congressional Democrats will immediately demand her retirement due to her admitted lack of judicial temperament.  There is, after all, precedence.  Ginsberg, who is 85, should be commended for her service, but perhaps she, and the nation, would be well served if such a reckless alcoholic–surely she has thrown ice?– had more time for sampling fine California wines–Hillary Clinton has established precedence there as well–and thereafter, for restful sleep.  After all, we must believe the women.