Who are these people???  The congressional Democrat doxxer reportedly threatened to release the health information of Republican’s children.  The FBI’s latest–7th–investigation of Brett Kavanaugh reportedly reveals nothing new; there is no evidence to corroborate any charge against him.  There never was.

But none of that matters.  He drank in high school and college, only 35 years ago!  He threw ice at someone.  Ice!  He lied about something–never mind what–no one can prove!  He sank the Titanic!  He shot down the Hindenberg!  He ran a rape train and then derailed it!  He got upset when Democrats and the media (I know: one-in-the-same) accused him of every perversion known to man!  He doesn’t have the temperament to be a Supreme Court Justice, and his 12 years exemplary service as a judge in the second most important court in the federal system, and the fact his decisions are often referenced by the Supreme Court, means nothing, nothing I tell you!  We’ll get him, and if we can’t, we’ll impeach him!  We’ll impeach EVERYBODY!!!!!!!!

And now, it’s all backfiring on them.  Polls show Democrats and Republicans are neck-in-neck for the midterms.  Considering the usual lies and distortions of the media, this means Republicans are ahead. The blue wave is threatening to turn into a blue tinted toilet flush.  But Democrats don’t learn, and they don’t quit, and they just become more deranged. Who are these people???

Back in 2014, In When Beliefs Are Non-Falsifiable And Infallible, I tried to explain that.  I thought it potentially useful to reprise that article.  Do let me know, gentle readers, with your comments, to what degree I’ve succeeded. 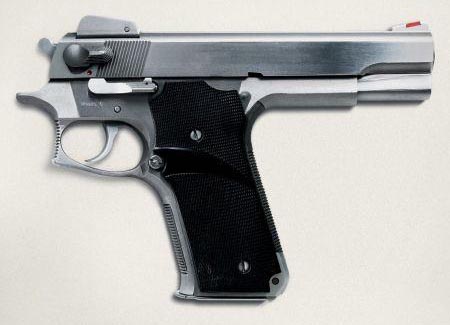 Dealing as I do in the fetid fever swamp of politics, I often confront ideologues, people who are absolutely convinced of the supremacy and rightness of their position, no matter what. My favorite Bookworm recently wrote an informative article on this very subject, via the gun control debate.  If you’ve not read her work, it’s surely worth your time, particularly so because while she still lives in California–Marin particularly–she is a recovering Progressive (she’s recovering nicely, thank you).

My former Confederate Yankee co-blogger, [the late] Bob Owens, incorporated this observation into the CY masthead:

Because liberalism is a persistent vegetative state.

I’m sure Bob had fun with that aphorism, which was at least partially tongue-in-cheek, and the occasional heated comment from those in persistent vegetative states proved the point.

Bookworm’s article chronicles her conversation with a Progressive who believes government should have the constitutional power to determine who shall be allowed to possess arms.  She, on the other hand, cited fact–including a study he raised–to prove his position untenable.  Bookworm’s closing is along the lines of the CY aphorism:

And that’s why you can’t argue with an ideologue.  Data is irrelevant.  Blind faith is everything.

Bookworm has hit on one of the primary truths of progressive belief and politics: progressive orthodoxy requires no proof, for like religious dogma, it is rooted in faith.  One either believes or not; proof is not necessary and opposing proof may therefore be disregarded.  Such beliefs are, in the language of science, non-falsifiable.

One of the questions–and one related question–I always ask my students gets to the heart of this:

If you find irrefutable evidence that contradicts a cherished belief, something you’ve always held to be true, are you bound to change your belief?  If you do not, what are the consequences?

For the responsible adult, the consequences are obvious.  Holding and acting upon false beliefs is damaging for the individual and society.  It can lead to financial ruin, physical harm, damaged or destroyed relationships and much more.  For the ideologue, the slightest doubt, rather than real world consequences, is destructive.

Non-falsifiable policies are also infallible. They cannot possibly be wrong, and when a progressive policy inevitably appears to be wrong, even destructive–Obamacare being an excellent contemporary example–progressives will first argue that they are not wrong: the “who you gonna believe, me or your own lyin’ eyes (and the facts)? argument. When the policy is so obviously a failure that it can no longer be denied, the true believer falls back on blaming Republicans for sabotaging it, or merely for existing, as they have with Obamacare despite the fact that Republicans had nothing to do with writing or implementing the law and not a single Congressional Republican voted for it. They claim that the policy is being sabotaged because insufficient money has been spent:  “well sure, we’ve only spent 2 trillion, but we have to spend 8 trillion, then it will really be great!”  They often claim that the policy hasn’t had a chance to work its magic: “the assault weapon ban was only in effect for ten years!  No wonder it didn’t reduce crime!”  Or they claim that the policy was implemented with insufficient fervor: “if the NRA would only let us ban all of the guns we want to ban gun control would work!”

I’m sure that you, gentle readers, have had this experience: you engage a progressive in what you believe to be reasoned debate.  You present rational arguments, arguments well supported by fact and research.  You point out where their arguments are not factual and supportable.  As you do, the temperature in the room rises.  They become angry, and resort to name-calling, even yelling absurdities.  You’re accused of hating this or that, or wanting to harm this or that.  Perhaps your conversation ended like Bookworm’s conversation:

His bottom line had the virtue of being honest.  ‘I don’t really care about the study.  Guns are bad and should be done away with.

Progressives often accuse conservatives of being anti-science. Considering their faith-based belief system, this is richly ironic.  Science works only if a given theory is falsifiable.  No matter how well accepted a given theory is in the scientific world, others, using competent, repeatable methods, must be able to confirm it or to prove it wrong.

A recent case in point is the expedition mounted to the Antarctic intending to document the melting polar ice cap, which would, in turn, seem to support the global warming hypothesis.  Warmist climate models predicted that the ice caps are melting, raising sea levels, all due to global warming, of course, so the expedition had only to jaunt down to the South Pole during its summer–when better to find melted ice to support one’s computer models?–document all of the melted ice, and rack up hard science in support of global warming.

As I documented, however (take the link), the Russian ship hired for the cruise became stuck fast in an incredible amount of ice that the computer models claim does not exit.  A Chinese icebreaker came to the rescue and managed to helicopter the expedition to an Australian icebreaker, but the Chinese ship also became stuck in the ice, and the Russians, Chinese and Australians ended up having to call America for help.

One might think the scientists that mounted the expedition might consider reevaluating their thinking.  One would think wrong.  Not only were their computer models wrong–100% wrong–but the lack of evidence of global warming endangered their lives and made them an international laughingstock.  All of that ice will be swept under the global warming carpet as an anomaly.  It does not in any way falsify global warming, for global warming is a matter of faith.

The same is true for gun control.  It does not matter that every gun control measure that has been tried has spectacularly failed.  Magazine capacity limits, “assault weapon” bans, and other favorites of the Left had ten years to work, and accomplished nothing for public safety.  The most competent studies ever done have proved that more guns in the hands of the law-abiding do indeed equal less crime, and that states with more concealed handguns have less violent crime.

Gun free zones have likewise been bloody failures.  With perhaps a single exception, every mass attack in recent history occurred in a gun-free zone where the innocent were disarmed.  There can be no doubt that the only thing capable of stopping an armed madman before he kills is a honest citizen with a gun, yet all of this and more is ignored by those whose fear of firearms, and their hatred of those who own them, borders on the pathological.

This is different than religious faith, however.  As Thomas Jefferson said:

It does me no injury for my neighbor to say there are 20 gods, or no god.  It neither picks my pocket nor breaks my leg.

In the American Republic, with its tolerance of all faiths, this is true.  There is, on Earth, no direct consequence of holding a given religious faith.  But where politics are involved, holding non-falsifiable beliefs, believing them to be infallible, and forcing them on others, can indeed pick our pockets, break our legs or cost our lives.

Progressivism is all about forcing others to live as a self-imagined elite believe to be right [and politically useful for Democrats].

For that reason, it is always worthwhile to engage in gentle, well-reasoned, and sincere debate and persuasion.  Some progressives, mugged by reality, are capable of changing their views to at least some degree.  Each changed mind helps to reduce the number of those that would force non-falsifiable orthodoxy on all.

Just remember, gentle readers, what you’re up against and don’t be surprised when an ideologue insists on holding onto a non-falsifiable, infallible belief.

4 thoughts on “Who Are These People?”