NOTE:  I normally post a firearm related article on Tuesdays, but I’ll have to preempt that tradition for this week. 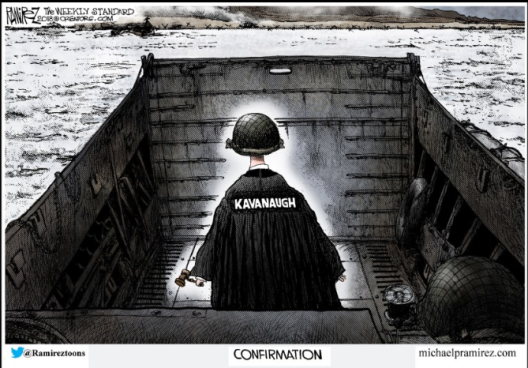 The social justice borking of Brett Kavanaugh has now–as was surely intended all along–gone public.  The Washington Post–surprise!–explains:

Now, [Christine Blasey] Ford has decided that if her story is going to be told, she wants to be the one to tell it.

Speaking publicly for the first time, Ford said that one summer in the early 1980s, Kavanaugh and a friend — both “stumbling drunk,” Ford alleges — corralled her into a bedroom during a gathering of teenagers at a house in Montgomery County.

While his friend watched, she said, Kavanaugh pinned her to a bed on her back and groped her over her clothes, grinding his body against hers and clumsily attempting to pull off her one-piece bathing suit and the clothing she wore over it. When she tried to scream, she said, he put his hand over her mouth.

‘I thought he might inadvertently kill me,’ said Ford, now a 51-year-old research psychologist in northern California. ‘He was trying to attack me and remove my clothing.’

Ford said she was able to escape when Kavanaugh’s friend and classmate at Georgetown Preparatory School, Mark Judge, jumped on top of them, sending all three tumbling. She said she ran from the room, briefly locked herself in a bathroom and then fled the house.

The WaPo story goes on to say Ford believed Kavanaugh would one day be nominated for the Supreme Court.  By all means, take the link and read the entire thing.  And then there is this:

Years later, after going through psychotherapy, Ford said, she came to understand the incident as a trauma with lasting impact on her life.

‘I think it derailed me substantially for four or five years,’ she said. She said she struggled academically and socially and was unable to have healthy relationships with men. ‘I was very ill-equipped to forge those kinds of relationships.

I’ll not analyze a 35 year-old accusation.  If we are going to deal with such accusations with any semblance of actual justice, rather than with social justice, we need go no further.  Statutes of limitations exist for very good reasons.

If, for the sake of illustration, we take Ms. Ford’s account at face value, it’s clear that had the incident been reported at the time, it’s very unlikely any crime would have been charged, and since everyone involved was a minor, whatever charges might possibly have been contemplated would have been under the juvenile justice system.  No actual rape is alleged, and there is no apparent evidence to sustain even an attempted rape charge.  Groping through clothing, clothing never removed?  Perhaps an assault charge of some kind, but remember, it would be a juvenile matter even if charged, and the disposition, as a matter of law, would be sealed.  As I’ve often written, it’s important to realize that just because someone calls some conduct rape, does not mean it’s actually rape under the law, particularly laws that might have been in effect nearly four decades ago.

But let us, gentle readers, return to the issue of statutes of limitation.  They exist because with the passage of time, it becomes harder, often impossible, to defend oneself.  Recollections change, witnesses move away or die, all physical or documentary evidence is lost–if it existed in the first place–and the mere passage of time–even a few years to say nothing of 35+–infuses the statements of supposed victims with insurmountable reasonable doubt.

Understood from the police/prosecutor standpoint, the presumption of innocence,  and the necessity of proof beyond a reasonable doubt in such cases ends the argument. No evidence, he said/she said rendered inherently unreliable by the passage of decades, leaves no way to proceed. But, the WaPo notes, Ford took a polygraph administered by a former FBI agent, apparently measuring whether she believed her statement, and passed!  Irrelevant and inadmissible, even if done contemporaneously, but particularly since the issue is 35+ years old. 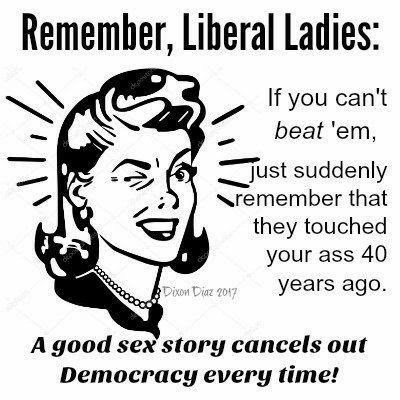 Is Ms. Ford lying?  Social Justice demands women always be believed, and women never lie–except when they do, as the Rolling Stone fiasco, the Duke Lacrosse scam, and innumerable other examples prove.  Again, irrelevant, if we’re dealing with the justice system under the rule of law.

Sadly, in this case, we’re not.

Senate Democrats oppose Brett Kavanaugh because they see the Supreme Court as a super legislature, which must have “balance,” which means leftists must always prevail.  Without such balance, progressives cannot get the laws and policies our constitutional system denies them because the Americans, deplorables all, are smart enough to see through their unconstitutional, tyrannical schemes.  Kavanaugh, an honorable man who understands the primacy of the Constitution and the limited role of judges under the Constitution, represents everything they fear and hate.  It’s always possible any Republican nominated justice will turn to the left after winning a seat on the Court, but Democrats fear he will actually decide cases based on the law and the Constitution. He knows there are some things the Constitution simply won’t allow.  It doesn’t matter how good the intentions of Democrats might be, judges can’t give everything they want, such as doing away with the First and Second Amendments. Brett Kavanaugh, and any other justice nominated by President Trump stands in the way of the fundamental transformation of the United States that only a Supreme Court/super legislature can achieve.

So this is not a matter of constitutional, rule-of-law justice, it’s a matter of social justice.

One of the most important reasons for statutes of limitation is regardless of the innocence of an accused–particularly if they are male these days–there are damaging consequences accompanying any accusation. The point is not a conviction, the point is the accusation.  It’s a social and political bludgeon.  The process of accusation, and the reflexive support provided any supposed victim by the Left and the Media (I know: one-in-the-same), constitute virtue signaling of the highest order.  Evidence, believability, reliability, every facet of protection provided by the Constitution and our laws are irrelevant.  The man is accused, there is nothing he can do to clear his name, and he will always be guilty as never charged.  No matter how false the accusation, many will always believe it, or some version of it.  It’s the unleashing of the ugliest human urges: if we can’t put them in prison, hurt them as badly as we can just because we have no conscience, no scruples, and social justice recognizes no limits. 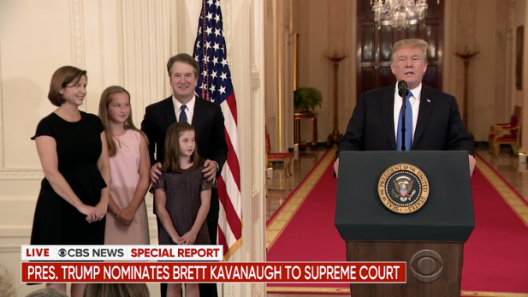 In this case, even if Brett Kavanaugh is confirmed, the Left has succeeded in ever after attaching the adjective “illegitimate”–and worse–to his name.  The damage to his wife and daughters is incalculable, but that doesn’t matter. This is progressive politics where there is no Geneva Convention, and chemical weapon attacks are preferred.

This is a political ploy at once diabolical and dishonorable. Democrats can count on Republicans to behave as cowards and idiots, to fall for the same ugly tactics time after time.  “The Stupid Party” is, tragically, a fitting appellation.  As this is being written, Senate Majority Leader Mitch McConnell is saying the Judiciary Committee will vote as scheduled on Thursday of this week, but the usual Republicans in name only are whining the process must be halted–The Stupid Party.  Prior to this accusation, Kavanaugh would have been voted out of committee, and most likely confirmed.  That is no longer the case, which is precisely the purpose of this accusation.

Should Republicans play the Democrat’s game, that may be the end of the Republican Party.  Any nominee put forward by a Republican president will be ruthlessly attacked, and last minute surprises of this kind will, forever more, appear.  There will never again be another Supreme Court Justice that can honestly take the oath of office, for no man or woman bound by the Constitution will ever again pass the Senate.

But wouldn’t the same tactic work against Democrats?  Of course not.  The media would ignore accusations, Republicans are too cowardly to lodge them, and no one expects Democrats to observe the same ethics they demand of Republicans.  No one expects them to honest, honorable, or to follow the law or honor their oaths to uphold and defend the Constitution.  This is a one-way street; liberty is the ultimate loser. 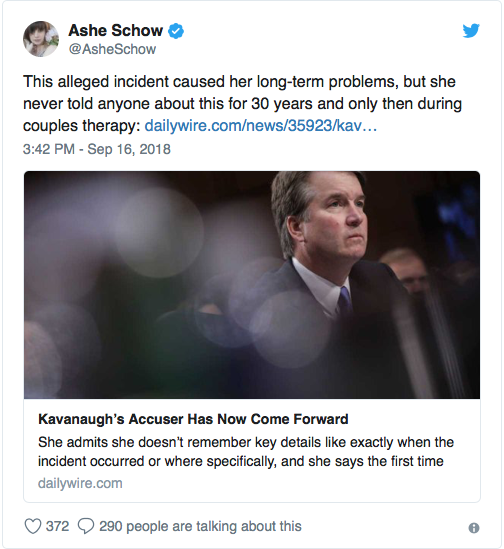 Senate Republicans have a choice: follow the rule of law, where impossible to prove, 35+ year-old accusations have no place, or embrace social justice, where the law and reality are whatever Democrats say they are, whenever it’s convenient.

We know where Democrats and the Media stand.  We’ll soon know whether and where Congressional Republicans stand, or quiver like shapeless mounds of yellow Jello.