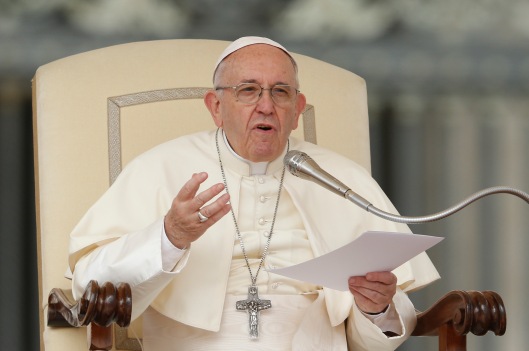 I have been, of late, watching the difficulties of the Catholic Church.  There is every indication the Church, across the globe, may be far more corrupt, particularly in the tolerance, even the advocacy of the sexual abuse of children by priests and even higher ranking clergy than has heretofore been imagined.  Such abuse seems to be primarily homosexual in orientation, and obviously encompasses the active violation of priestly vows of celibacy, to say nothing of violation of the law.

Most disturbing are the actions of the Pope, which seem to be informed more by his leftist political views than by adherence to the Gospel.  Priests and popes are, of course, only human.  One must primarily judge a religion by its adherence to the scriptures, not by the failings of its all too human clergy, but when a Pope abandons fundamental church teachings, such as that on homosexuality, that is a different matter.

Tolerance is not, for a second, the issue.  The Bible is more than clear, and more than once, on homosexuality, and no less an authority than Jesus Christ made it clear marriage is between a man and his wife, not a man assuming the social role of “wife.” Individuals may choose to ignore or honor the teachings of the Gospel–and Christ Himself–as they please, but presumable, the Pope may not.

I was therefore gratified to find an article in The American Spectator from my favorite Bookworm on the troubles of the Church.  I have often mentioned and linked to her work at Bookworm Room and encourage you, gentle readers, to visit daily–after your daily visit to this scruffy little blog, of course.  She is one of our finest minds and writers, far beyond that which passes for good writing in the Lamestream Media and Punditocracy.  She eloquently addresses the issues:

Pope Francis, however, is taking the Church in new directions. He is not creatively interpreting or delicately eliding Catholic doctrine. He is, instead, undermining it. Long before Archbishop Carlo Maria Viganò accused Pope Francis of returning Archbishop Theodore McCarrick to active duty after Pope Benedict had essentially exiled him gross sexual malfeasance, Francis had been pushing to upend Church teachings on homosexuality.

For example, just a few months ago, Juan Carlos Cruz, a gay man who was the victim of clerical abuse, stated that Pope Francis told him, ‘Juan Carlos, that you are gay does not matter. God made you like this and loves you like this and I don’t care. The pope loves you like this. You have to be happy with who you are.’ Putting aside the Pope’s factual error, because it was probably priestly sexual abuse, not God, that put the Cruz on the path to homosexuality, what’s significant is that the Vatican never challenged a report that the Pope abandoned entirely traditional Catholic teaching on homosexuality.

Cruz’s report was only the latest in Pope Francis’s gay-friendly positions. In his first year in the papacy, when a reporter asked him about a ‘gay lobby,’ he refused to answer. Instead, he shot back his own question: ‘Who am I to judge?’ Thing about it: The administrative and spiritual head of the Catholic Church was refusing to agree with Church doctrine holding that gay sex is wrong.

Who is he to judge?!  He’s the head of the oldest–the first–Christian church, by doctrine infallible in church teaching.  He is of a direct line of descent from Peter, the rock upon which Christ built the church. He is the Vicar of Christ, responsible for faithfully spreading and defending the Gospel.  What more would he have to be to judge such matters?  What more could he be?

Christian doctrine is to love the sinner–we all sin–but to recognize sin for what it is: in opposition to the Word of God, in opposition to his blueprint–if you will–for living.  Presumably, the Pope, and all Christian clergy, accept this?

In my youth, filled with the passion, unwarranted certainty and blindness of youth, I resisted ritual and doctrine as I resisted all authority.  I found it boring, antiquated and unnecessary, an impediment to my enlightened understanding of…well, actually I didn’t understand much, and certainly not nearly as much as I imagined.  I have, for more than a decade, been a professional singer in an Anglican church, and with age has come, perhaps, a modicum of wisdom. Ritual is now comforting, and I find, more and more, greater depth and understanding in its practice.  I feel a connection reaching back millennia to Christians whose faith and sacrifice made possible all we now enjoy, and I hear, faintly, their voices as I sing music that fills the soul and transcends the ages.

It is therefore distressing to find the Pope, and a great many other clergy of other denominations, consciously veering away from the Gospel into petty contemporary politics, in effect, substituting for the Gospel the doctrine of man, particularly progressive man.  Bookworm explains:

[Climate change] represents one of the principal challenges facing humanity in our day. Its worst impact will probably be felt by developing countries in coming decades.

Many of those who possess more resources and economic or political power seem mostly to be concerned with  masking the problems or concealing their symptoms, simply making efforts to reduce some of the negative impacts of climate change. However, many of these symptoms indicate that such effects will continue to worse if we continue with current models of production and consumption.

I almost expected the encyclical to wrap up with an exhortation to reduce to one the number of antiperspirants available to consumers.

By all means, take the link and read her entire article.  It is an important article, and offers a convincing argument about how the Church has come to this sorry present.  I leave you, gentle readers, with her final observation:

I’m Jewish, so it’s reasonable to ask why I care so much about this canker eating away at the heart of the Catholic Church. The answer is simple: I care because I believe that Judeo-Christian civilization a bulwark against mankind’s innate savagery, something the Holocaust reminded us is barely held in check. Moreover, I believe that the Catholic Church is one of the essential bulwarks of this civilization. Bring it down and there is very little left to protect us from our worst, basest, most murderous instincts. 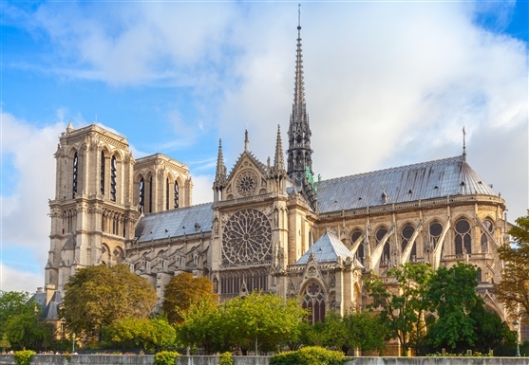 Civilization is, as it has always been, all too easily lost, and its descent begins from within the hearts of every man and woman.

13 thoughts on “The Catholic Church: A Doctrine of Abuse?”