In July of 2018, I wrote CA Magazine Ban: We Just Might Need Those, which is the story of a three-judge panel of the Ninth Circuit Court of Appeals that struck down a California law banning all firearm magazines of more than 10 round capacity.  The law also required current owners of such magazines to surrender them–without compensation–to the police or a gun store, or to move them out of state.

The two-judge majority found the case implicated not only the Second Amendment, but the Fifth Amendment, which in part prevents the government from seizing property without “just compensation.”  In the kind of logic for which the Ninth Circuit–the circuit most overturned by the Supreme Court, often unanimously–is infamous, the dissenting judge agreed with California, which asserted the power to ban and confiscate pretty much anything without compensation because GUNS!  That judge also wrote because citizens could still sort of possess their magazines by moving them out of state, the government wasn’t taking their property.  The property was apparently merely taking an out of state vacation.  To be usable out of state, such vacationing property must give an entirely new meaning to “extended magazine.”

Amazingly, the Ninth Circuit–again, a three-judge panel–has issued another ruling that actually recognizes the Second Amendment rather than progressive orthodoxy.  Fox News reports:

The liberal Ninth Circuit Court of Appeals endorsed the right of individuals to carry firearms in public in a ruling Tuesday, striking down a lower court argument that the Constitution only protects that right at home.

‘Analyzing the text of the Second Amendment and reviewing the relevant history, including founding-era treatises and nineteenth century case law, the panel stated that it was unpersuaded by the county’s and the state’s argument that the Second Amendment only has force within the home,’ the ruling states.

This case is from Hawaii, which like California and other states and cities, is virulently anti- Second Amendment.  Despite the Heller Decision (2008) and the McDonald Decision (2010), which applied the Second Amendment to the states, many jurisdictions continue to infringe on Second Amendment rights in every way they can, making it all but impossible for the law-abiding to carry handguns in public, concealed or openly.  Criminals tend not to obey the law and go armed as they please.

The case resulted from Hawaii resident George Young being denied twice in 2011 as he sought to carry a handgun. Two of the three judges ruled against a lower court upholding the restriction.

Judge Diarmuid O’Scannlain wrote in his opinion that ‘for better or for worse, the Second Amendment does protect a right to carry a firearm in public for self-defense.

Here we have a Ninth Circuit rarity: a judge that actually obeys the law.  The text of the decision is available here. The dissenting judge is much more in line with most of his colleagues:

In his dissent, Judge Richard Clifton said states have ‘long allowed for extensive regulations of and limitations on the public carry of firearms,’ the order said.

While Heller recognized that states have long adopted gun regulations which might not violate the Second Amendment, it held that the Second Amendment prohibits bans of the gun–and presumably their component parts– in common and usual use.  Heller did not specifically address the issue of concealed and open carry, but if Americans have the unalienable, fundamental right to keep and bear arms, how can that right fail to extend beyond the walls of one’s home or one’s property line?  In such a scheme, one has the right only to keep arms, but no means to bring a gun home, or to remove it from one’s property. The kinds of limits Hellerdid mention are such things as prohibiting guns in schools and governmental buildings.  In other words, such limits must survive strict scrutiny. 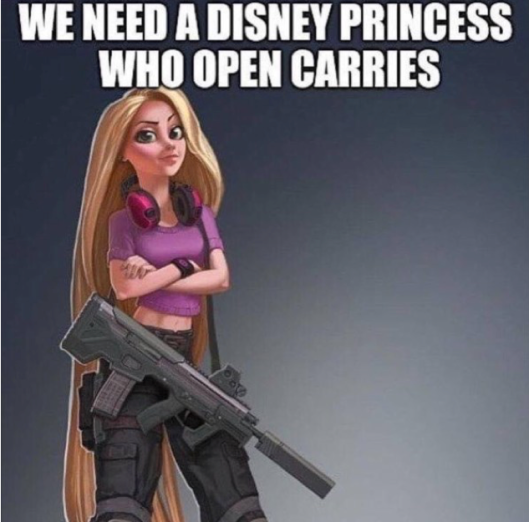 While this analysis is somewhat in line with the text and intention of Heller,it is concealed, not open, carry that is common and usual. It is concealed carry that represents the greatest deterrence to crime. Because criminals can’t know who is carrying concealed, they have to proceed as if everyone is.

In determining the appropriate level of scrutiny to apply to section 134-9, the panel first held that the right to carry a firearm openly for self-defense falls within the core of the Second Amendment. The panel stated that restricting open carry to those whose job entails protecting life or property necessarily restricts open carry to a small and insulated subset of law-abiding citizens. The panel reasoned that the typical, law-abiding citizen in the State of Hawaii was entirely foreclosed from exercising the core Second Amendment right to bear arms for self-defense. The panel concluded that Hawaii’s limitation on the open carry of firearms to those ‘engaged in the protection of life and property’ violated the core of the Second Amendment and was void under any level of scrutiny.

Hawaii’s law is of the kind common in anti-liberty/gun states.Citizens can carry concealed or openly, but only if they can demonstrate a “good reason” or some impossibly narrowly construed justification for carrying.  Merely protecting one’s life is not sufficient.  After all, government can’t allow the non-elite such privileges. Government doesn’t like or trust them, and they’re not qualified, as the officers with guns hired with taxpayer funds to protect the elite are.

One might be encouraged by these rulings, but they will surely be only temporary victories at best.  California and Hawaii will almost certainly request en banc hearings–hearings with all the judges of the Ninth Circuit–which will be granted.  Most of the Ninth Circuit’s judges are virulently progressive, and make their decisions based on progressive policy rather than the law.  This is why the Supreme Court–even the Court’s progressives–so often overturns Ninth Circuit decisions.

But if that happens, the Supreme Court will just overturn the Ninth Circuit again!  Perhaps. In the Hawaii decision, the majority mentioned the Perutacase.  In that case, the Ninth Circuit ruled citizens do not have the right to carry concealed weapons in public.  One would think this case “ripe” for the Supreme Court.  A number of lower courts have ruled the Second Amendment does speak to such a right, using Heller in support of their decisions; fewer have ruled against the Second Amendment.  This would seem to be a perfect case for Second Amendment review, an opportunity for the Court to clarify a fundamental issue not directly addressed by Heller, but in 2017, the Court denied cert by a 7-2 vote.  Even some of the justices that formed the Heller majority did not want to hear Peruta. As a result, concealed carry remains practically impossible in California.

It appears that if Judge Brett Kavanaugh is confirmed, he would be a vote for the logical application of the Second Amendment.  He could turn out to be a stealth liberal, but his record seems to reveal a judge that decides cases based on the law and the Constitution rather than personal, political preference.  With a solid five-judge majority of such judges, wouldn’t the court hear this kind of case? 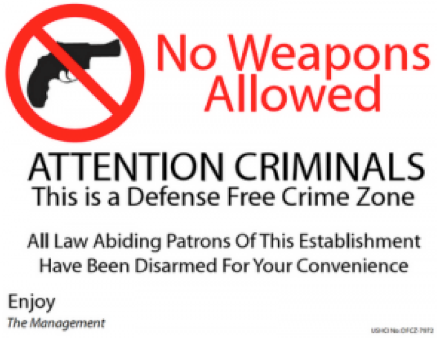 Not necessarily. The Supreme Court hears only a tiny portion of all cases sent to it each year.  Justices might decide other cases are more in need of their time. While some of the justices have acknowledged the Second Amendment has been treated as a second rate right for far too long, that doesn’t mean they’re going to want to hear such cases or would necessarily make more all-encompassing rulings if they do.  They might decide a state must allow concealed or open carry, which would allow states to restrict the law-abiding by authorizing only open carry and greatly expanding the list of prohibited places.  I suspect a great many people that would carry concealed would be much less likely to carry openly.

The point, gentle readers, is those that would see us live under the Constitution and rule of law can never relax.  A quote attributed to Thomas Jefferson is:“the price of liberty is eternal vigilance.”  Those that would relegate the constitution to government-dispensed privileges will never rest in trying to impose their progressive utopia, and the most important prerequisite to progressive paradise on Earth is depriving the law-abiding of guns.

Progressives know this very well, and they despise us for our un-woke insistence on individual liberty.  We would do well to recognize and understand their hatred, and to act accordingly.

1 thought on “Open Carry In Hawaii: The 9th Rides Again”