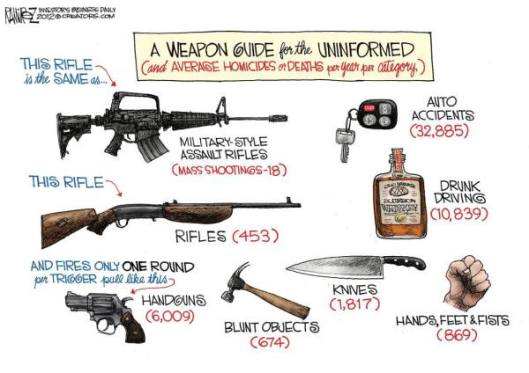 One would think that with the Heller (2008) decision, Second Amendment issues would be, for the most part, settled.  Not so. Many cities and states, with virtually no exceptions those ruled, not run, by Democrats appear to have read only the Heller dissent.

The majority decision found the Second Amendment a fundamental, unalienable, individual right, and held citizens may possess (and logically, carry) weapons in common use. I’ll get back to that later, but one would be reasonable in thinking this includes all accessories such as magazines, sights and scopes, and ammunition necessary to exercise that right.  The Court also held that Strict Scrutiny, the highest level, must apply to cases implicating the Second Amendment.

Since Heller, Democrat strongholds have done all they can to ignore or overturn the Second Amendment, relenting only by inches when their unconstitutional and abusive methods and laws have been overturned by higher courts, which normally only causes them to try to infringe on citizen’s rights in other ways.  In California, one of those ways was a ban on magazines capable of holding over 10 rounds, and not only that, such magazines were to be confiscated without compensation, as David Kopel at Reason reports: 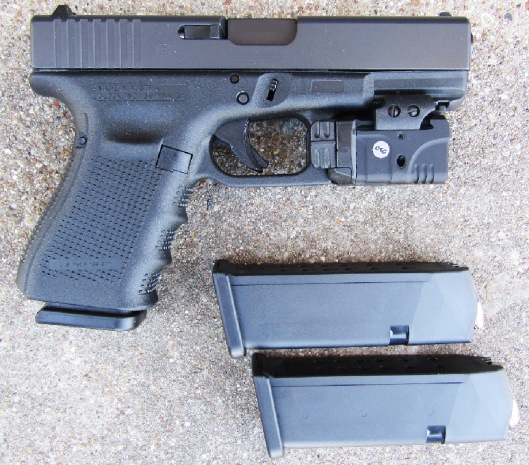 A Glock 19: 15 round magazine capacity

Background: In 2016, California voters enacted an initiative that, among other things, dispossessed magazine owners of their property. Possession of firearms magazines over 10 rounds was forbidden. Current owners of magazines required to turn them over to the government, or to a gun store, or destroy the magazines, or move them out of state. The ban was to take effect on July 1, 2017.

In late June 2017, Federal District Judge Roger Benitez (S.D. Calif.) issued a preliminary injunction against the confiscation. He found that the plaintiffs had established a likelihood that they would succeed on the Second Amendment and Fifth Amendment claims (the latter involving taking of property without just compensation).

But doesn’t the Constitution, quite apart from the Second Amendment, prohibit seizing private property without just compensation?  Why yes, that would be the 5thAmendment [emphasis mine]:

No person shall be held to answer for a capital, or otherwise infamous crime, unless on a presentment or indictment of a grand jury, except in cases arising in the land or naval forces, or in the militia, when in actual service in time of war or public danger; nor shall any person be subject for the same offense to be twice put in jeopardy of life or limb; nor shall be compelled in any criminal case to be a witness against himself, nor be deprived of life, liberty, or property, without due process of law; nor shall private property be taken for public use, without just compensation.

But of course, we’re talking about California, so good, progressive intentions–which are by definition good–override fundamental rights.  California, which holds vital the power to infringe on individual rights over all other powers, appealed the preliminary injunction:

The 2-1 appellate panel held that the district court had not abused its discretion, and so the preliminary injunction was upheld. [skip]

Rationale: For the majority, this seemed to be an easy case. The district judge had correctly found that prohibiting magazines over 10 rounds implicates the Second Amendment right… (Indeed, as nearly every court to consider the issue has done.)

This is a level of scrutiny below Strict Scrutiny, but again, this is California. The 9thCircuit, is commonly known as “The 9thCircus,” the most progressive court in the nation, and the court most overturned by the Supreme Court, sometimes unanimously.

These are not hair-splitting legal issues, but the State of California and its Attorney General don’t let little issues like the law and Constitution get in the way of progressive policy:

On appeal, ‘California articulates no actual error made by the district court, but, rather, multiple instances where it disagrees with the district court’s conclusion or analysis regarding certain pieces of evidence. This is insufficient to establish that the district court’s findings of fact and its application of the legal standard to those facts were ‘illogical, implausible, or without support in inferences that may be drawn from facts in the record.’

In other words, California’s argument was they should be able to ban and confiscate whatever they please because GUNS!

The dissent: The majority wrote that Judge Wallace’s dissent was improperly reweighing the evidence. For example, Judge Wallace wrote that the confiscation law could be upheld based on some statistics supplied by one of Michael Bloomberg’s organizations. Yet the district court had specifically explained why those statistics lacked reliability and credibility: they were ‘incomplete studies from unreliable sources upon which experts base speculative explanation and predictions.’

Like the Second Circuit in another magazine ban case, Judge Wallace seemed to favor a very weak standard of intermediate scrutiny review for Second Amendment cases: as long as the government could provide some evidence, that was sufficient–notwithstanding the other side’s evidence showed that the government evidence is flawed or unpersuasive. (My analysis of the Second Circuit case is here.)

See what I mean about ignoring the law in favor of progressive policy, gentle readers?  This was also a significant factor in the 9th’s ruling:

The majority found no abuse of discretion in the district court’s decision on the Fifth Amendment Takings Clause. The statute obviously deprived the plaintiffs of their property. The fact that the State was exercising its police power did not grant the State an exemption from the Takings Clause.

And how did the State of California try to get around the very specific 5thAmendment?

Of course!  Gun owners can still own their magazines–it’s not like CA state agents snatched them directly from their hands or anything–they just can’t keep or bear them or use them in any way.  Their property is just on vacation in another state.  Surely the AG understands the insanity of this position, but he, and California politicians are used to progressive policy overriding the Constitution, so why not?

Is that the end of this issue?  Highly unlikely.  Progressives never give up, particularly when demolishing fundamental, unalienable, express rights is concerned.  It is most likely AG Becerra will petition for an en banc rehearing (a rehearing by the entire court).  If granted, which is also highly likely, the injunction will almost certainly be overturned, and California will begin seizing magazines and jailing the law-abiding. Becerra doubtless knew he would have this option and pursue this course of action all along.

The next step would be the Supreme Court, which, if Brett Kavanaugh is confirmed, would be more likely than at any time in the past to grant cert, and to more specifically enumerate the Second Amendment rights of citizens. Of if they do not grant cert, Californians, again, will live in a state with fewer rights than the rest of Americans. Many Californians apparently prefer it that way.

Under Heller, the Second Amendment protects the individual right to keep and bear weapons in common and usual use.  This would include handguns–the most common are semiautomatics–and semiautomatic rifles, the AR-15 family being the most popular–and common.  Logically, the usual, common magazines for such weapons are a part and parcel of that right, and most hold more than 10 rounds of ammunition.  Apart from eminent domain–don’t get me started on that one–the Constitution prohibits takings without just compensation. It takes a special kind of stupid, or tyranny, to ignore that provision. 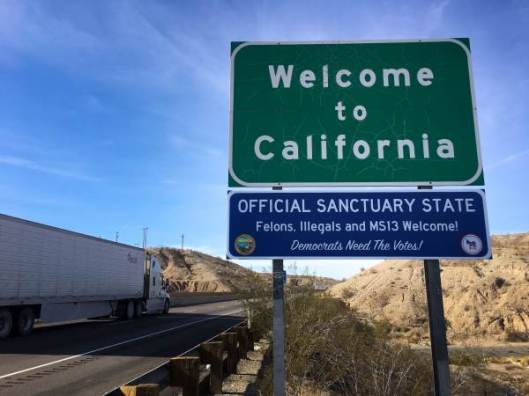 One of the primary lessons of this case is no constitutional right is enforceable without the will of the people.  Our Constitutional republic depends on voluntary participation. When the people no longer recognize, and are willing to be bound by, the Constitution and the rule of law, we descend into chaos and tyranny.  One just might need those 11+ round magazines then.

13 thoughts on “CA Magazine Ban: We Just Might Need Those”