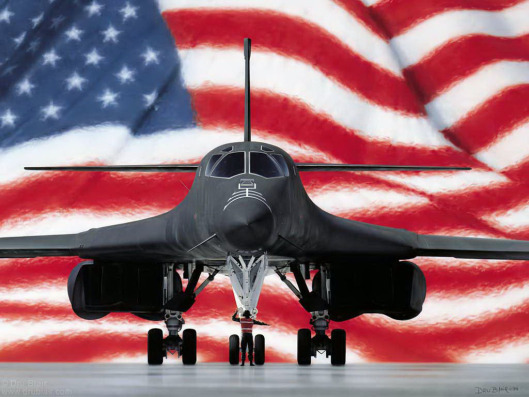 I last updated this article for July 4, 2017.  I chose the photo of a B1 because I was fortunate enough to know a B1 instructor pilot who arranged for me to “fly” a B1 simulator for 45 minutes.  It was a fascinating experience, all the more so because he told me the actual aircraft is easier to fly than the simulator. B1 pro hint: non-fatal aerial refueling requires a bit more than 45 minutes of simulator practice. I came away with a renewed appreciation for American technology, and for the dedication and skill of the men and women who design and produce our military aircraft, who maintain and fly them, and for all the other implements with which we preserve freedom.  May our pilots have all the fuel and flight time they need.

That experience also reminds me of my early days in the Air Force in that long ago, Cold War era.  As our group of security policemen stood at parade rest, preparing to go on duty, the roar of the eight engines of a B-52 on the nearby flight line rose as slowly and majestically as the giant bomber.  One of my fellow airman exclaimed “what’s that?!”  A young man from the inner city, he’d never heard anything like it.  Our Sgt. smiled and replied: “That’s the sound of freedom.”

As I update my observations of a year ago, I hope you find something that strengthens your pride in America, and that encourages you to take up the fight to preserve liberty, just as so many before us have done. 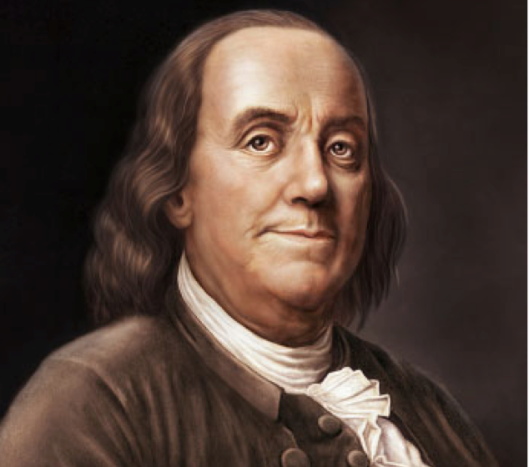 If we do not hang together, we shall surely hang separately. 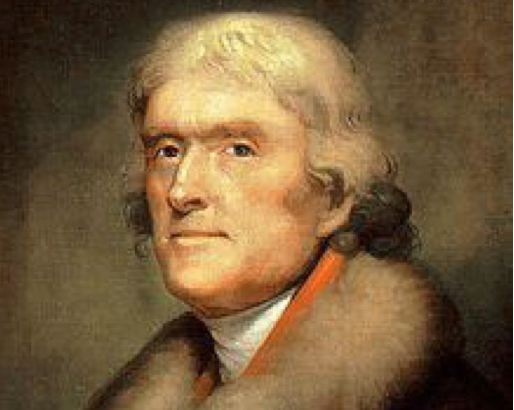 And for the support of this Declaration, with a firm reliance on the protection of Divine Providence, we mutually pledge to each other our Lives, our Fortunes, and our sacred Honor.

As we enjoy America’s bounty on this Independence Day, thinking back on the hopes and sacrifices of those that gave us liberty must humble us.  We tend to think of Ben Franklin’s aphorism as merely one of a great many he coined, many published in Poor Richard’s Almanacs, for Franklin made his fortune as a printer, only one of the innumerable talents of this genuine renaissance man.  But this brief saying expresses an essential truth known to the Founders: if they lost, they were dead.  Perhaps even their families were dead, and all of their property would be forfeit to the Crown.  For them, it truly was liberty or death.

Understanding this, the final sentence of The Declaration of Independence takes on new significance.

Among the Founders were an extraordinary number of great men, renaissance men–influenced by great women–I do not hold either fact to be a coincidence.  They pledged to each other their lives, their fortunes, and above all, their sacred honor.  If they could not trust each other, not only to keep their word, but to remain steadfast no matter the sacrifice, to fight to their last breath to secure freedom, not only for themselves but for the future, for an America they hoped and trusted would be worthy of their sacrifice, they surely would have hung separately.

We thank God they were men of integrity and honor.  They established the greatest people and the greatest nation in history, a nation not of takers and despots, but of builders, thinkers, humanitarians and warriors for human dignity and liberty. Americans have liberated untold millions and asked no more than the space necessary to bury those that gave the last full measure of devotion

Nearly a century later, men of integrity, honor and courage would be needed again.  At Gettysburg, between July 1-3, 1863, more than 51,000 Americans were counted missing, wounded or dead.  On November 19, 1863, a ceremony to dedicate the cemetery was held at Gettysburg.  Edward Everett, a former Congressman, Massachusetts Governor, Ambassador to England, Secretary of State and President of Harvard, then considered one of America’s greatest public speakers, delivered the main address.  He spoke for more than two hours.  Few remember his name; fewer remember his remarks. 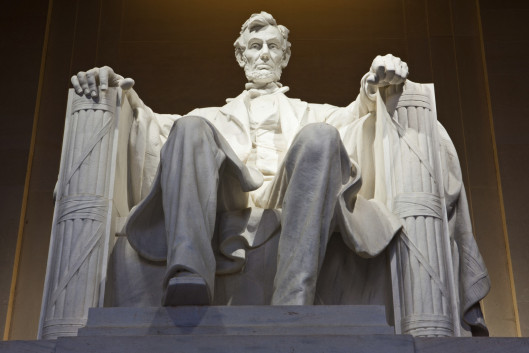 Abraham Lincoln was invited to speak as a formality, as a matter of decorum.  It was fitting that the nation’s chief executive say a few words to dedicate the cemetery, but no one expected him to equal, let alone surpass Everett.  Lincoln delivered his personally written speech in only two minutes.  Many thought the speech a failure.  Its greatness was not immediately apparent to all, yet those two minutes, those few, perfect words, will be read, spoken, and will inspire as long as honor lives in the hearts and minds of free men and women.

Read these words aloud, and as you do, be transported to that field, that hallowed, still ground in 1863, as the spirits of the dead listened as they listen today, forever attentive and watchful, alive in America’s hallowed past:

Four score and seven years ago our fathers brought forth on this continent, a new nation, conceived in Liberty, and dedicated to the proposition that all men are created equal.

Now we are engaged in a great civil war, testing whether that nation, or any nation so conceived and so dedicated, can long endure. We are met on a great battle-field of that war. We have come to dedicate a portion of that field, as a final resting place for those who here gave their lives that that nation might live. It is altogether fitting and proper that we should do this.

But, in a larger sense, we can not dedicate — we can not consecrate — we can not hallow — this ground. The brave men, living and dead, who struggled here, have consecrated it, far above our poor power to add or detract. The world will little note, nor long remember what we say here, but it can never forget what they did here. It is for us the living, rather, to be dedicated here to the unfinished work which they who fought here have thus far so nobly advanced. It is rather for us to be here dedicated to the great task remaining before us — that from these honored dead we take increased devotion to that cause for which they gave the last full measure of devotion — that we here highly resolve that these dead shall not have died in vain — that this nation, under God, shall have a new birth of freedom — and that government of the people, by the people, for the people, shall not perish from the earth.

“…we here highly resolve that these dead shall not have died in vain — that this nation, under God, shall have a new birth of freedom — and that government of the people, by the people, for the people, shall not perish from the earth.”

Lincoln spoke of the fallen of Gettysburg, but his words apply to every American that has laid on the alter of liberty the ultimate sacrifice, that none of them shall have died, or ever shall die, in vain.

Temper this against the knowledge that when America faced danger, when the world faced almost unimaginable darkness, Americans—men and women in the mold of Franklin, Jefferson, Lincoln and the Founders who pledged everything they had and ever would have—rose up.  They answered the call of freedom, fought tyrants, domestic and foreign.  These are the women and men that have gladly and proudly stood for the playing of the national anthem, and have always held the Star Spangled Banner high until America, and all she represents, lit the world as the shining city on the hill, as the defender and beacon of liberty, mankind’s last, best hope.

America, under President Trump, is experiencing a new birth of hope, in contrast to Barack Obama, who in July of 2017, warned foreign audiences against patriotism:

Mr. Obama was, of course, speaking of America.  Even as congressional Democrats and much of our news media ceaselessly labor to overturn the result of the 2016 election, Americans, not Americans in name only–AINOs–understand Mr. Obama and those of like mind are not protecting democracy.They seek to destroy it, to abolish the Constitution and to wipe away the rule of law. They seek not to heal racial and ethnic divisions, but to widen them with identity politics, unhinged hatred and violence.  As recent stories have confirmed, Mr. Obama, from his headquarters not far from the White House, continues to organize and plot for “The resistance,” fighting against American constitutionalism and the rule of law.

But even as progressives conspire against liberty, normal Americans know that a world without America, an America strong and vibrant and willing to pay any price, to make any sacrifice, to bear any burden for the cause of liberty, is a terrible, ugly and doomed place. 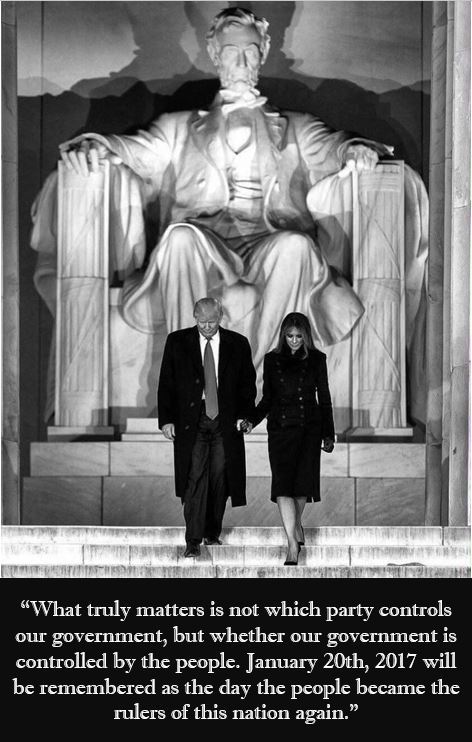 Consider these words from President Donald Trump, speaking at the 2017 Celebrate Freedom Rally honoring our veterans. Consider and decide who truly speaks for liberty:

Since the signing of the Declaration of Independence 241 years ago, America always affirmed that liberty comes from our creator. Our rights are given to us by God, and no earthly force can ever take those rights away. That is why my administration is transferring power out of Washington and returning that power back where it belongs to the people. 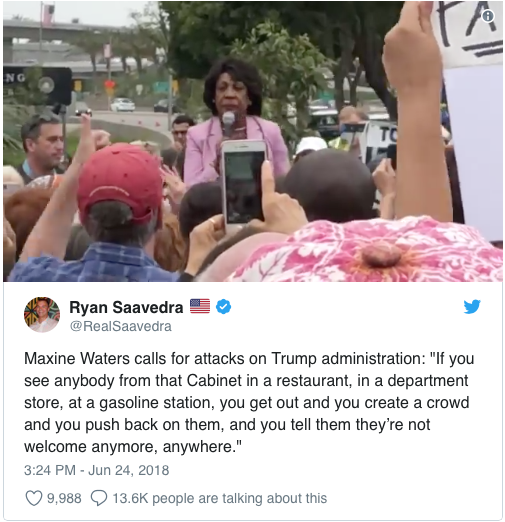 This July 4th, as many of our elected representatives scheme to circumvent the Constitution, as progressive Congressmen call for violence against members of the Trump Administration, when partisan political advantage, power and money own them, when hate deranges them, when federal judges abandon their oaths of office in favor of progressive politics, as the enemies of modernity, civilization and liberty plot, crucify children, behead, rape and torture, and as fundamentally dishonorable and destructive forces struggle to force freedom into retreat, take a moment to remember the words of Franklin, Jefferson and Lincoln.  Take a moment to remember all those Americans that sacrificed so much that we might enjoy not only the material, technological comforts American liberty has provided in such abundance, but that we too might hear the call, and accept duties of honor. Resolve that we might, in this time of attack from within and without, in this time of potential final darkness, pledge our lives, our fortunes, and our sacred honor that government of the people, by the people, for the people, shall not perish from the Earth.

It’s our time; it’s our turn. The battle has not been decided. May we teach our children well.  Dear God, grant that we may never have to take up arms to recover our nation, but if it be necessary, grant that we will answer the eternal call, and that we may be worthy of the sacrifices of those who came before us that have given us so much.  May our children be the inheritors of a free, prosperous and generous America, comprised of Americans that honor the Constitution in fact rather than rhetoric, that recognize the difference between justice for all and social justice for a chosen few, and that always feel the pride of genuine patriotism, the pride of being an American. May they too know that the tree of liberty must, from time to time, be refreshed with the blood of patriots and tyrants–freedom is never free–and may they one day speak well of us rather than curse us for our apathy and cowardice. 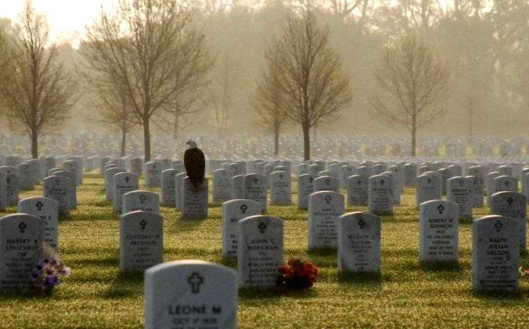 A blessed Independence Day to you and yours gentle readers, and God bless America, now and forever.

8 thoughts on “On This Independence Day, Anno Domini 2018”