Today, March 14, 2018 was a very special day, the usual anti-liberty/gun suspects would want all to believe. Today was the day “students” across America spontaneously left their unsafe high schools and, in a completely spontaneous manner, spontaneously descended on places with already–spontaneously–waiting news cameras to spontaneously protest the NRA and any politician that would not immediately–and spontaneously–write the anti-liberty/gun agenda into law, because without it, no student is safe! And of course, this must be done immediately, because this time, it’s students saying it, and they’re eloquent, and survivors, and have ultimate moral authority because they’re students, and eloquent and survivors and because gun control, because NRA and also because Trump.

Fortunately, my students, who are more than smart enough to know they don’t have ultimate moral authority, were spared the decision about whether to spontaneously skip school to spontaneously protest because we are, spontaneously of course, on Spring Break this week. I suspect if we were not, and some kids decided to skip, and it would have been only some, they’d be facing the usual discipline for skipping school. We’re kind of old-fashioned that way down here in flyover country Texas. Anyway, spontaneously, Fox News reports:

Thousands of students walked out of classrooms nationwide Wednesday to protest gun violence and call for new gun control measures on the one month anniversary of the Parkland school shooting that left 17 dead and sparked a grassroots wave of activism.

From Maine to Hawaii, students left school to demonstrate against gun violence in what could be the biggest display yet of the student activism that has emerged in response to last month’s massacre at Florida’s Marjory Stoneman Douglas High School.

In nearly 3,000 reported protests nationwide, students from the elementary to college level took up the call in a variety of ways. Some took part in roadside rallies to honor shooting victims and protest violence. Others held demonstrations in school gyms or on football fields. In Massachusetts and Georgia and Ohio, students went to the statehouse to lobby for new gun regulations.

The coordinated walkouts were loosely organized by Empower, the youth wing of the Women’s March, which brought hundreds of thousands of demonstrators to Washington, D.C., last year. The group urged students to leave class at 10 a.m. local time for 17 minutes — one minute for each victim in the Florida shooting — and suggested demands for lawmakers, including an assault weapons ban and mandatory background checks for all gun sales.

‘Our elected officials must do more than tweet thoughts and prayers in response to this violence,’ the group said on its website.

Keeping firmly in mind this is the Tide Pod eating generation, I spontaneously offer these admittedly limited spontaneous thoughts on this most spontaneous occasion:

*There is a difference between a “grass roots” movement and an astroturf movement. By any possible definition, this is an astroturfed operation by the cynical Left. They’re manipulating vulnerable and emotionally damaged kids for political purposes. That’s reprehensible, but no more reprehensible than these people usually are. Of course, people who think it helps their cause to march about dressed like vaginas will say or do pretty much anything.

*Most teenagers, given the chance, will seize on any pretext to avoid classes, even protests they know nothing about and could care less about. That’s what teenagers do; it’s how they roll.

*Many teenagers delight in doing anything that smells faintly of being anti-establishment and status quo, because revolution, man!

*I genuinely like teenagers, and love my students. But I know they’re teenagers. They eat Tide Pods, they’re impulsive, pretty goofy, think with their hormones, and for many, their default state of being is face down in a smart phone, and one can be reasonably assured they’re not, in that state of being, researching the Constitution and/or informing themselves of the latest news.

*Every year, before studying the media, the Constitution, and American literature, I must spend a period informing the kids of the respective beliefs of Democrats and Republicans. Most are familiar with the terms, but virtually none have any idea what Democrats and Republicans believe, or of the implications of such belief. Consider that, gentle readers: most kids haven’t a clue about politics or anything relating to it. Have I mentioned they eat Tide Pods? 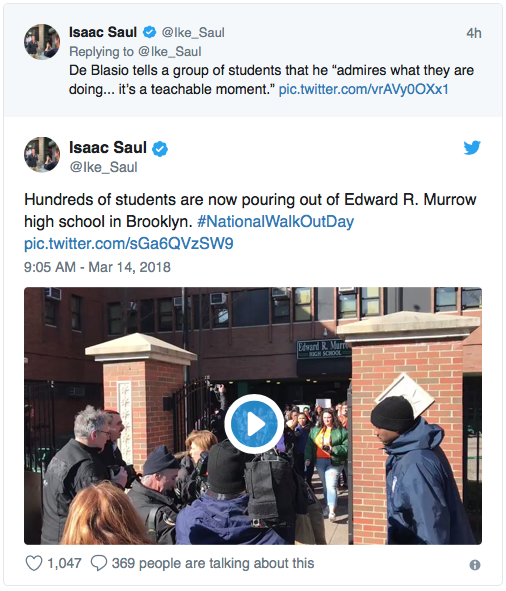 *Why should kids be well informed about politics and law? They can’t vote, their parents provide for their needs, and they have no practical need to be so informed. That will come soon enough. Let them be kids and learn what they need to know to become adults. That’s why manipulating kids in a crude attempt to get what they can’t get with adult reason and honest debate makes progressives so reprehensible.

*It’s the job of adults to teach kids there is a proper time, place and method to protest.  Skipping school and/or work without permission isn’t it.

*”We have to do something!” The morally superior scream. Part of being an adult is understanding sometimes the best thing to do, particularly when emotions are running high, is to do nothing. Law made under the influence of emotion is always bad law.

*We can be certain the usual anti-liberty/gun suspects think they smell blood in the political water because they’ve mostly abandoned talking about “gun safety,” and are using their teen mouthpieces to talk about “gun control.”

*Kids are more than smart enough to understand reason and fact, if it is presented to them. Told that the policies they’re being manipulated to push would not, in fact, make them safer, and would only harass and deprive the law-abiding of fundamental rights, most understand. One suspects their handlers aren’t bothering to provide such facts; that wouldn’t fit the narrative.

*The Media is providing blanket coverage of the “spontaneous” protests, particularly those that spontaneously showed up at the White House and on Capital Hill. That alone should, for rational people, be convincing proof they should believe and do the opposite of whatever the Media is selling. Of course, that should be the default position of those that love our republic and its Constitution.

*It’s rather an interesting–and spontaneous–coincidence that the student spokespersons getting so much media coverage are repeating adult anti-liberty/gun shill talking points, isn’t it?

*It’s a rather interesting–and equally spontaneous–coincidence that kids who never before showed the slightest interest in politics or legislation spontaneously acquired the specific knowledge and contacts necessary to put the media in precisely the right places at the right times. 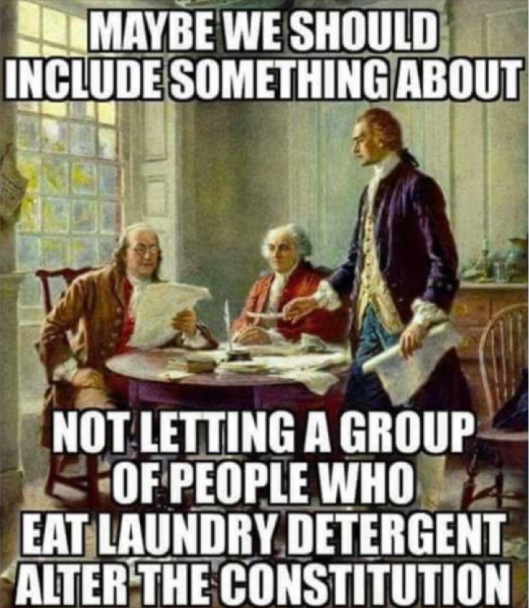 *As soon as the kid’s political usefulness has expired, the Leftist agitators “supporting” them will disappear, don their vagina outfits, and the kids with spontaneous–and temporary–ultimate moral authority will spontaneously discover that, and a buck, will buy a hamburger at any McDonald’s.

*The kids will also discover their former friends, the people who cared oh so very much about their safety and welfare, will no longer take their phone calls, and the oh so helpful media will consider them, if they think of them at all, as yesterday’s news.

Only then, and only if they’re paying attention, will these kids understand the people that really care about them, and their safety, have always been present, in their homes and in their schools. And if they’ve paid enough attention to learn something, they’ll realize–perhaps spontaneously!–that Benjamin Franklin was right:

Those who would give up essential liberty to purchase a little temporary safety, deserve neither liberty nor safety.

UPDATE, 03-14-18 2200 CST: And in the Nashville area, peaceful students interested only in their safety, tore down and destroyed an American flag:

Let us take stock, gentle readers. Student’s protests against guns turn violent. That will certainly convince people they must surrender their guns. It might also convince some people such “students” are not worth saving. I wonder if this was the eloquence and moral superiority the anti-liberty/gun types are talking about?  Is there anyone that does not see why letting teenagers make federal law is not such a bright idea?