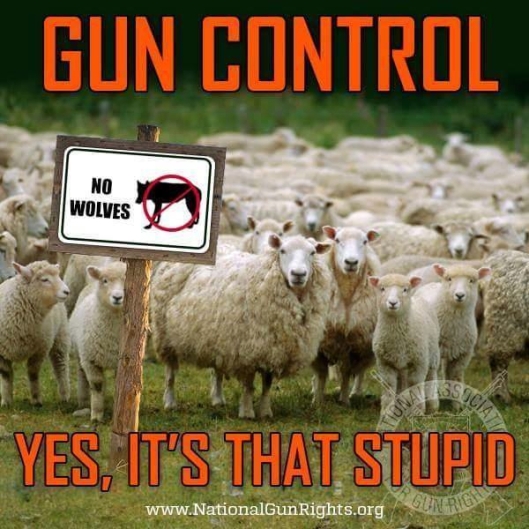 Among the articles of faith for the anti-gun/anti-liberty movement is the necessity of “universal background checks.” This would require FFL dealers—essentially the government—to process all firearm transactions as though anyone purchasing a gun were purchasing it in a retail gun shop. A father could no longer buy a gun for his son or daughter, or even will them his firearm collection. A husband could not buy a gun for his wife. The supposed public safety motivation behind this policy is based on the idea that private sellers, unregulated, would gladly sell guns to criminals, and would be glad to break all manner of federal laws in the process. This is particularly true of so-called “Internet sales,” which supposedly represent a virtual wild west of criminal gun sales.

In 2011, Michael Bloomberg, among the most strident anti-liberty politicians in history, but also willing to spend his formidable fortune in the cause of depriving the law-abiding of the means of self-defense, commissioned a study aiming to prove the necessity of universal background checks:

…beginning with 2011’s “Point, Click, Fire.” Using a similar methodology to the GAO study (responding to online sales ads with the suggestion they couldn’t pass a background check), Bloomberg’s investigators claimed that 62% of private sellers were nevertheless willing to proceed with the sale.

Two later Bloomberg-backed efforts – one specifically timed to support the Bloomberg-funded “universal background check” initiative campaign in Nevada – claimed to prove that prohibited criminals were posting “want-to-buy” ads for gun. This was supposedly ascertained by comparing information the posters provided with their ads to criminal history records.

Combining the results of the studies, Bloomberg’s lackeys extrapolated that hundreds of thousands of dangerous criminals were acquiring firearms through ‘unregulated’ online sales every year.

Note the verb: “extrapolate[ed].” Merriam-Webster defines it thus: “to predict by projecting past experience or known data. To extrapolate public sentiment on one issue from known public reaction on others.” What Bloomberg’s hired guns were actually doing was employing a variety of logical fallacies. Using unproved, and non-confirmable, assumptions, they inferred effect from causes that could not possibly be causative. Other charter members of the anti-liberty movement tried again. As the NRA-ILA reports, Rep Elijah Cummings (D-MD), Senator Elizabeth Warren (D-Pocahontas) and Senator Brian Schatz (D-HI), engaged the Government Accountability Office (GAO) to undertake another study. The result, “Internet Firearm Sales: ATF Enforcement Efforts and Outcomes of GAO Covert Testing” was not at all what they expected:

In yet another embarrassment for the gun control lobby, a government investigation of online gun sales designed to determine ‘whether private sellers would knowingly sell a firearm to an individual prohibited from possessing one’ determined that … no, actually, they would not. In 72 attempts undertaken over 2 ½ years, undercover agents trying to buy guns through readily-accessible Internet sites failed exactly 100% of the time to complete a sale when the seller had reason to believe the buyer was prohibited or lived in another state.

One presumes, perhaps extrapolates, the conditions under which the experiment were conducted were essentially unchanged from six years ago. The American people have not undergone any obvious, fundamental change. Then why the very different results?

But the GAO report also reinforced what the NRA has said all along, that online sales are not ‘unregulated’ but subject to the same federal laws that apply to any other commercial or private gun sales. These include licensing for commercial sellers (with the attendant responsibility to identify buyers, keep transaction records, and run background checks), restrictions for all sellers on transacting across state lines, and a ban on selling to anyone with reason to believe the person is prohibited.

To put it simply, no company advertising guns on the Internet can lawfully sell guns by bypassing the normal federal paperwork and computer checks. If I buy a gun from Acme Gun Warehouse via the Internet, that gun must be sent to a local gun store, which must still accomplish every check and bit of paperwork required as though I walked in off the street and bought a gun off the shelf. But this particular experiment went beyond that:

GAO’s findings showed nothing so much as that private sellers advertising online are knowledgeable about the law, conscientious, and self-policing. Fifty-six of the sellers (78%) ‘outright refused to complete a transaction once our undercover agents revealed either that the shipping address was across state lines or that the agent was prohibited from owning firearms.’ In five other cases, the forum on which the ad was posted ‘froze’ the prospective buyers’ accounts and blocked the transaction once information on their prohibited status was revealed. The agents failed to complete the remaining 11 cases because they determined the sellers wanted to take their money without actually making delivery of the firearm.

In every single case, however, the sellers would not deliver a firearm to a buyer they had reason to believe was prohibited or lived in a different state. The GAO report also showed that websites and legitimate sellers were willing to freeze out suspicious actors and cooperate with law enforcement officials to identify and successfully prosecute criminals operating online.

But that wasn’t all:

The investigators went even further, however, and also tried to purchase guns on the so-called ‘Dark Web,’ which the report said ‘contains content that has been intentionally concealed and requires specific computer software to gain access,’ thus affording users ‘little risk of detection.’ The ATF put it more simply, explaining the Dark Web is ‘designed to facilitate criminal activity online.’

But even on the Dark Web, and even dropping the ruse that they were prohibited purchasers, GAO’s undercover agents were still only able to complete two of seven attempted transactions. One involved a semi-automatic Uzi that had been (apparently falsely) advertised as a machine gun, and the other was an AR-15 with an obliterated serial number. Both cases were referred for further criminal investigation.

This reminiscent of the never-ending controversy over the yearly number of defensive gun uses.  It’s controversial not because the number of up to 2.5 millions times per year is not supported by the data or true, but because this particular truth is very inconvenient for the anti-liberty movement, who never stop trying to claim it false. During the Clinton Administration, President Clinton ordered a study on that very topic. Those involved, including Mr. Clinton, presumably, were certain they’d find the God and gun clingers were wrong, and they’d easily find more than sufficient data to prove it. To their horror, their study, far less rigorous than that which produced the 2.5 million figure, found up to 1.5 million defensive gun uses a year. They did their best to make the study quietly go away, but were caught. Returning to the issue at hand:

How could two “investigations” undertaken with essentially the same methodology and the same universe of prospective sellers produce such dramatically different results? Bloomberg bought the results. He got what he paid for: evidence that fulfilled his anti-liberty narrative and was useful in pushing that narrative. The media, of course, lapped it up like a puppy laps warm milk. One might also assert that with Donald Trump as President, the GAO was producing results he would prefer. Under Barack Obama, that would certainly be a reasonable assertion, however, much of the federal government is doing its best to thwart everything Mr. Trump wishes to accomplish, and since the methodology and universe of buyers remained apparently remained unchanged, it take no leap of faith to determine which study is the most reflective of reality.

I’m sure because the possibility of criminal activity remains, some would argue for additional laws, but that would be nothing more than making crimes doubly criminal, with no greater effect on actual criminals. Particularly when one considers under the Obama Administration, gun law prosecutions plummeted,  doubly criminalizing crimes would be–criminal.

Universal background checks would accomplish nothing for public safety, and are useful only as yet another harassment mechanism for the law-abiding, people whose only interest is in peacefully and lawfully exercising a fundamental, unalienable right.