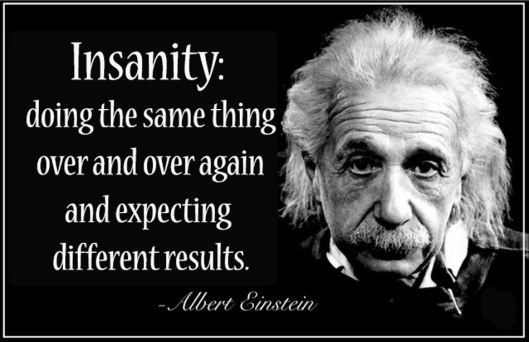 They’re at it again–still. Twelve congressional Democrats have introduced a bill to require microstamping. Guns.com reports:

A dozen House Democrats are backing a measure mandating pistols sold by licensed dealers be capable of stamping a code on their ammunition at firing.

Introduced as the Make Identifiable Criminal Rounds Obvious (MICRO) Act last month, the proposal would strip the ability of federal firearms licensees to sell pistols that do not carry the controversial microstamping technology. Backers argue that as much as 40 percent of murders go unsolved due to lack of evidence, which the bill is meant to address.

Uh-huh. How about: Malicious Idiots Conceiving Of Ridiculous Offal? And why would this particular bill be an improvement on every past microstamping bill that has miserably failed?

“We must do everything we can to ensure gun violence can be investigated and prosecuted to the fullest extent of the law,’ said the bill’s author, U.S. Rep. Anthony Brown, D-Md., in a statement. ‘Microstamping offers law enforcement the chance to track bullet casings to the source of the crime, and is one more step we can take to ensure the safety of the American people.”

Sigh. I was about to write I’d explain this one last time, but I know that’s not going to work. Progressives never stop trying to steal liberty. So, as a public service, yet again, a brief microstamping primer.

Microstamping is a gun control measure that would require every firearm, when fired, leave a unique, identifiable imprint on the primer, and/or brass/aluminum or steel case of a fired cartridge. There are various schemes to accomplish this, such as laser engraving the tip of a firing pin. Here’s why every such scheme is doomed to failure: 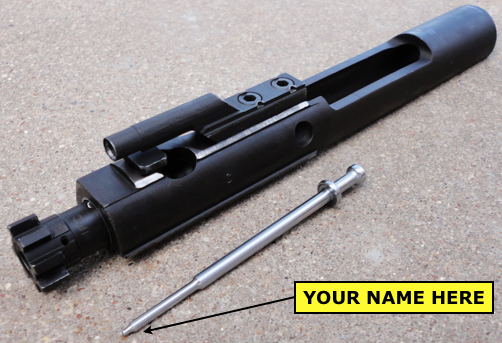 Technology: The state of the art is laser engraving the tip of a firing pin. Some schemes demand two imprints, one on the primer and one on the fired case. Both schemes are badly flawed.

Merely firing the gun wears down the laser engraving in short order, rendering it useless. One can also cheaply and quickly change a firing pin, or, with a few minutes of minor effort, file away the laser etching.

The metals used in primers are not of consistent hardness. What might work with one batch of ammunition from the same manufacturer may not work with another. The mere mechanical variability in the mechanism of a handgun also causes primer strikes of varying force. The situation is even worse when an imprint is required on a case. They’re commonly made of brass, aluminum and steel. The technology for such imprints is not nearly as advanced as the laser engraved firing pin technology, as weak as it is. It is virtually impossible to produce such technology that would have a reasonable possibility of working and that would be affordable. 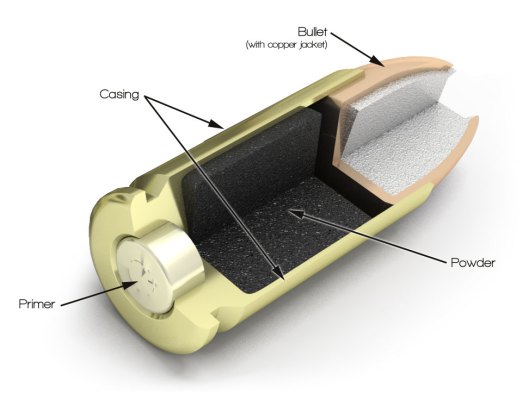 For such a scheme to work, there would have to be an insanely powerful national computer network with imagery of fired casings from every gun in America. There is no such thing for fingerprints, a technology in existence more than a century. There are, by conservatives estimates, more than 350 millions firearms in circulation, and millions more being manufactured all the time. It would be impossible to retrofit them all, and microstamping schemes, particularly those requiring two imprints, are written to apply only to semiautomatic handguns, not revolvers, shotguns or rifles.

Crime Fighting: The most powerful arguments against microstamping schemes, however, are not technological. Americans have been conditioned to think every law enforcement agency is like those on the various CSI programs, essentially run by brilliant and dedicated crime scene scientists with advanced degrees, working out of high tech glass and stainless steel labs with scientific equipment one would expect to find in a top shelf sci-fi movie. These god-like actors, finding a hair, can conclusively prove guilt and quickly talk a criminal into a confession and solve the case.

In reality, virtually all crimes are solved the old fashioned way: by talking to people.

Let’s take a best-case scenario. An incredibly stupid criminal uses his own microstamping gun to shoot someone in a downtown alley, and leaves behind two fired casings. He’s been careful enough to avoid being seen committing the crime, and there is no video. Crime scene technicians, who do not have gleaming stainless steel and glass labs or hi-tech equipment, find the casings and run them through the all-knowing, all-powerful central government computer and discover they were fired by a gun initially purchased by John Q Criminal of 124 Crook Lane, Felony, New Jersey two years ago. Hallelujah! We’ve got him, right? Wrong.

First of all, crimes scene technicians never interview suspects. All the police have, at that point, is proof someone with an ID identifying himself as John Q Criminal bought the gun that fired those cartridges two years ago. In order to convict John Q. Criminal of the crime, they’ll still have to prove he bought that gun, had it in his exclusive possession until the encounter in the alley, was actually present in that alley, and actually fired the gun.

All the computer generate match proves is someone with ID in that name bought that gun two years earlier. In the intervening two years, the gun could have been lost, stolen or sold. Someone knowing Criminal could have borrowed the gun without his knowledge and replaced it after committing the crime.

Reality, just like CSI shows, is very different. Few criminals are stupid enough to link themselves to a gun. They buy them on the black market or steal them. By simply using a revolver, which does not eject fired casings unless and until the shooter chooses, no casings will be left behind. Or a criminal can simply take the handful of seconds necessary to pick up any fired casings. Even better, a crook can visit a shooting range and pick up a variety of microstamped, fired cases, leaving them at the scenes of his crimes, sending the police on a variety of lengthy and expensive wild goose chases, and that’s only if there is a massive state or federal computer database–there are no such things–that will quickly and easily link a fired case to a specific gun.

All microstamping schemes are, of necessity, gun registration and tracking schemes.

Even if a crook actually legally bought a gun, a few minutes with a fingernail file or other abrasive would erase the laser engraving on a firing pin, or it could simply be replaced. But the law would prohibit that! Right. Criminals don’t care. They violate all laws. That’s what makes them criminals. Do we really want to get into registering small, inexpensive gun parts (I know: more than we do with automatic weapon parts)?

But what about an honest citizen that shoots someone in a fit of passion? Murders where the people involved have a relationship are among the easiest to solve. In such a case, it’s highly unlikely microstamping will play any part in catching and convicting the shooter. Again, talking to people will do the trick.

But if it saves a single life, isn’t it worth doing?  Getting rid of motor vehicles would unquestionably save huge numbers of lives each and every year, and motor vehicles are not expressly mentioned in the Constitution. Are we ready for that? The old “if it saves a single life” argument is fundamentally unserious, deceptive and manipulative. It has no place in real world policy-making.

Intent: The true intent of people proposing microstamping has nothing to do with fighting crime or public safety. They want to disarm the law-abiding. They know they can’t disarm crooks, but criminals are their natural constituents, as evidenced by their attempts to defeat voter fraud laws, and to give convicted felons, even those in prison, the ability to vote.

Disarming the law-abiding is absolutely necessary for progressives to enact their utopian schemes. If normals/deplorables have arms, Progressives can never impose their socialist dreams. Their fundamental transformation of America can never happen.

That’s why they scream in faux outrage whenever anyone– usually those with actual knowledge of the writings and intentions of the Founders–observes the Second Amendment’s primary purpose is to enable Americans to rise up and overthrow a tyrannical government. For them, the Second Amendment exists only to give government–the self-imagined political and media elite–a monopoly on armed, deadly force, to keep the normals in their rightful, low place for their own good, a good they are not intellectually or morally capable or recognizing.

California’s microstamping law is currently being challenged in court, but it has essentially dried up the supply of handguns, as no manufacturer produces such weapons. That’s the point. Demand a technology that does not, practically, exist, and you’ve enacted essentially what you’ve always wanted: a complete gun ban. 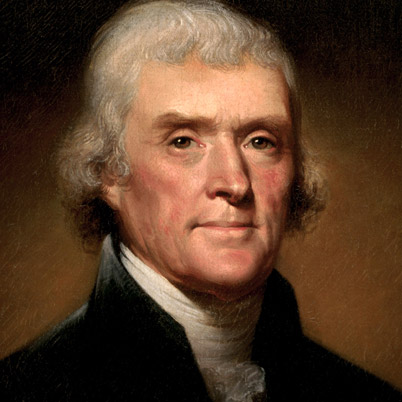 Even though the Supreme Court, through the Heller and McDonald cases affirmed the Second Amendment as a fundamental, unalienable, individual right, it is not in effect in some Progressive-ruled parts of the country. Progressives will never stop trying to rid America of the primary means of stopping their imposition of tyranny. As Thomas Jefferson said, the price of freedom is eternal vigilance. It is Progressives we must, without ceasing and without fail, watch.