Do you hear that, gentle readers? The sound of happy crickets chirping? I’ll get to why they’re chirping soon enough, but let’s travel back in time to October of 2015, and No Good-Guy Guns On Campus: How’s That Workin’ Out For Ya?  That article was the story of one professor emeritus at the University of Texas at Austin who resigned rather than deal with the horror of adults, 21 and older, being able to carry concealed handguns on campus, a law passed in August of 2015 that went into effect on August 1, 2016. In his resignation letter, Daniel Hamermesh wrote, in part:

With a huge group of students my perception is that the risk that a disgruntled student might bring a gun into the classroom and start shooting at me has been substantially enhanced by the concealed-carry law,

Hamermesh’s pseudo-noble gesture really wasn’t as self-sacrificing at it might have appeared. He was already retiring. And in the fullness of time, emeritus professor Hamermesh removed himself from the horrors of the exercise of the Second Amendment at UT, and Texas had a year to see how things would work out, as The Texas Tribune reports:

Virtually no impact at all, is how Chris Meyer of Texas A&M described campus carry’s effect.

‘I expected it to be largely uneventful, and those expectations have been pretty much borne out,’ said Phillip Lyons, dean of the Sam Houston State University College of Criminal Justice.

A review of gun-related incidents through open-records requests submitted to the state’s large research schools shows no sharp increase in violence or intimidation. A typical campus looks something like the UT Health Science Center at Tyler, which had exactly one gun-related incident in the 12 months before campus carry was implemented, and exactly one in the year following. In both cases, a patient brought a gun to a doctor’s appointment — where it remains illegal to carry even a concealed weapon — because of confusion about the statute. Neither resulted in charges.

Drive 500 miles west to Texas Tech, and over the same period, the number of gun-related incidents changed from five to six.

The uneventful implementation follows the patterns of the seven other states that legalized campus carry before Texas.

But how can this be!?  It’s a progressive article of faith Texans are barely sentient, bloodthirsty, violent Trump voters!  Texas was an early concealed carry pioneer, and so experienced all of the hysterical arguments against concealed carry experienced by every other state that adopted the law. Minor traffic accidents would result in gunplay, thousands would be shot accidentally, domestic violence would reach epidemic levels, blood would run in the streets! None of that materialized. Holders of concealed carry licenses, across the nation, are uncommonly law-abiding, as one would expect of people at least as stringently vetted as teachers. And criminals? Well, they don’t obey the law, but rates of violent crimes have decreased everywhere concealed carry is implemented because criminals can’t know who will be armed, so must assume everyone might be.

Interesting, isn’t it, that progressives claim our college campuses are hotbeds of rape–boy that’s a recruiting tool!–but do everything they can to deny women the ability to protect themselves against it. Maybe they know there really isn’t a rape epidemic?

A federal judge has dismissed a longshot lawsuit filed by three University of Texas at Austin professors seeking to overturn the state’s 2015 campus carry law, which allows people to carry concealed handguns inside most public university buildings.

District Judge Lee Yeakel wrote in his decision that the professors — Jennifer Lynn Glass, Lisa Moore and Mia Carter — couldn’t present any “concrete evidence to substantiate their fears” that campus carry would have a chilling effect on free speech.

The professors claimed, among other arguments, that the law violated their First Amendment rights since the possibility of a gun being in their classrooms might make them hesitant to discuss controversial issues. In dismissing the suit, Yeakel said the professors didn’t have standing to sue.

But Renea Hicks, the attorney representing the three UT professors, said the specifics of the ruling leave the case’s future uncertain. While Yeakel threw out the case entirely, he only addressed the question of a First Amendment violation and not the plaintiffs’ other legal arguments.

‘We had other claims in the lawsuit beyond that — a Second Amendment claim, an equal protection claim. The order accompanying his dismissal doesn’t seem to address those issues,’ Hicks said in an interview Friday. ‘So there’s a bit of confusion on our part.

I’ll offer free analysis of the judge’s decision for Attorney Hicks: Your case was entirely without merit, so it was entirely thrown out on its legal ear. The judge isn’t required to address every claim you made, and your unaddressed claims were so lacking in weight, he didn’t bother to address them. Not terribly confusing, is it? You’re welcome. 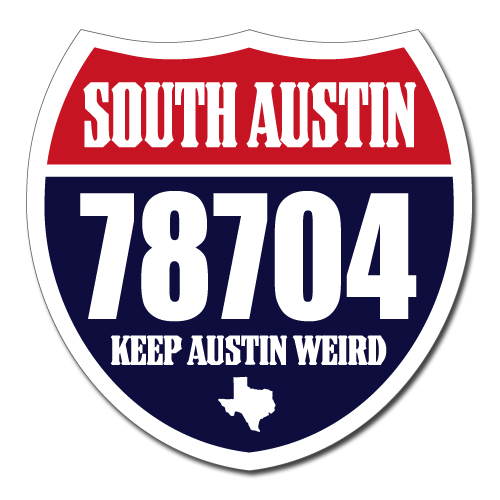 Considering this is Texas, maybe the dildo-displaying students can meet up with the many truck testicle fanciers and put together a complete movement of some sort. I’m just not quite sure what they’d be protesting…