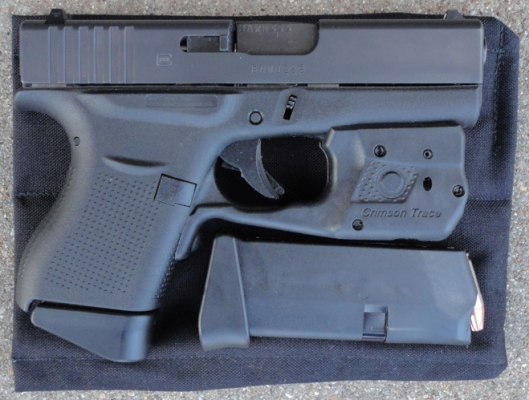 22 May, 2017, Manchester, England: an Islamist suicide bomber killed 22 and injured 116. Many were young girls and their mothers, attending a concert.

3 June, 2017, London Bridge, London England: three jihadists wearing fake bomb vests killed seven and injured at least 48 by running them down with a van and in follow up knife attacks.

At least, one might think, these things are taking place overseas, not in America. Unfortunately, that’s not remotely correct. According to the Daily Wire, during the age of Obama, from 2009-2016, at least 89 Americans were killed and at least 389 injured by Islamist terrorists in multiple terror attacks in the Continental United States. It’s likely the toll of dead and injured is higher, but authorities were, during the Obama years, reluctant to implicate Islam despite attackers screaming “allahu ackbar” while committing mass murder. As a result, some attacks are still not classified as terrorism.

In the aftermath of such outrages, the usual questions are raised: “what did we do to make them attack us?” What can we give them to placate them?” Europeans, as Paul Mirengoff of Powerline notes, make victim blaming, and rendering their people even more helpless in the face of terror, something of an art form:

Some say the Europeans have been slow to make changes to combat the rise of Islamist terrorism. But it’s not true that the EU has been unresponsive. According to the Washington Post, after the 2015 terror attacks in Paris, France pushed the European Union to enact even tougher anti-gun policies than the stringent ones already in place.

The European Commission initially proposed a complete ban on the sale of weapons like Kalashnikovs or AR-15s that are intended primarily for military use. Ammunition magazines would be limited to 20 rounds or less. However, the Czechs balked and were supported by the Germans and Finns. Consequently, a less comprehensive law was enacted. It bans the sale of most military-style rifles and requires all potential buyers to go through a psychological check before they can buy a weapon. Online sales are also severely curtailed.

Of course. It would make no sense to directly pursue terrorists. Most European nations make private gun ownership difficult, at best, and concealed carry, virtually impossible. Therefore, the only rational thing to do is to further disarm the law abiding.

Whatever the merits of this sort of gun law, it strikes me as odd to enact tougher ones in response to terrorist attacks. Under the strictest of gun control regimes, members of terrorist cells aren’t likely to have difficulty coming up with whatever guns they want. Meanwhile, tougher gun laws will limit the ability of law-abiding citizens to defend themselves.

But a moment’s reflection washes away the oddity. The European elites are using terrorism as a pretext for the tougher gun laws they desire.

By all means, take the link and read the rest of Mirengoff’s article. Fortunately, many Americans see terrorist attacks and ask rather more rational questions: “how can we stop terror on a national scale?” And most importantly: “what can individual Americans do to save lives when a terrorist attack occurs?”

A great many of our politicians–mostly progressives/Democrats/etc. continue to argue for the European model of disarmament of law-abiding Americans. Fortunately, unlike every other nation, we have the Second Amendment, and for the moment, a five justice majority willing to uphold its Heller and McDonald decisions. American gun banners/terror enablers have been, for the moment, stymied, but their efforts are never ending. They are, after all, so much more intelligent and moral than those they seek to rule; they know best.

Various talking heads in England and America have lauded the British police, claiming it took them only eight minutes to respond to the London Bridge attack. Apparently, the British now allow some of their police to “shoot to kill” Islamist murderers caught in the act of slaughtering infidels. This is made more difficult by the fact that many, if not most, British police do not carry handguns, and the “shoot to kill” policy is still a matter of great controversy, many intellectually and morally superior politicians apparently believing it is somehow unsporting to shoot Islamist demons as they murder innocents. Even shooting them a little bit seems excessive to such evolved beings.

An eight-minute response time is, by police standards, relatively rapid; Detroit response time, for example, is about 58 minutes, when the Detroit Police respond at all. Of course, those eight minutes would tend to pass rather slowly–relativity, you know–for those innocents facing a speeding van and wild-eyed Islamists charging them with long knives. The old saw: “when seconds count, the police are minutes away,” is evergreen.

The truth is stark, but easily understood. We are on our own. We always have been, as I noted in 2013 in Virginia Tech: The Final Limits of Accountability. The police would love to stop terrorists in the act, but there are very few of them, and our society is uniquely vulnerable to terror attacks. Not only that, the police have no legal obligation to protect any individual citizen. No matter how dedicated they are, the police seldom accomplish anything more than rendering emergency medical care to whatever innocents might have survived the initial attack, and follow up investigation.

While we do have the Second Amendment, we also allow government to designate a great many places where citizens may not be lawfully armed: churches, bars, schools, courthouses, legislatures, and a variety of other “gun free zones.” It is unsurprising that a great many attackers, Islamist and otherwise, take advantage of these victim disarmament zones, all of which are terribly vulnerable to attack, as I noted in The Attorney General’s Report On The Anytown Elementary Terrorist Attack. It’s a fictional account of an Islamist attack on an unremarkable American elementary school. While the murder of children is particularly heinous and disturbing, even our military bases remain gun free zones, though there has been some talk about changing that tragic state of affairs to at least some small degree.

We can pressure politicians to enact measures that might make it more difficult to import Jihadists, or perhaps easier to jail or deport them, but the sobering reality is government moves at a glacial pace, and no law enacted at the national, or even the state, level, matters when a jihadist–or even a domestic madman–shows up, ready to kill. All laws suggest only the possibility of punishment after a crime has been committed. At that point, the dead tend not to participate in the debate.

The only rational, effective method of protecting one’s life, the lives of those we love, and other innocents, is the concealed handgun, however, that is not enough. One must also be well trained and practiced, such training and practice including learning to be situationally aware, and of course, learning when to shoot, and how to shoot quickly and accurately.

Most people are barely aware of anything occurring outside their arms-length bubble. Many are unaware of the world outside their smart phone screen. Merely learning to pay attention to the world around one is an enormous, and potentially life-saving, advantage. Reflexively observing ones surroundings and asking “what if?” can be the difference between life and death. Is that nervous guy dangerous? Are those two swarthy young men with their hands in their coats about to attack? What if they do? Where’s the nearest cover? What’s the distance? What’s the timing? What do I do and how do I do it? Asking and continually updating such questions can save lives.

It is unlikely, particularly in certain states, that politicians will allow mere citizens to enjoy their rights under the Second Amendment. In most, however, concealed carry is possible, and there is no good excuse for not taking advantage of it. 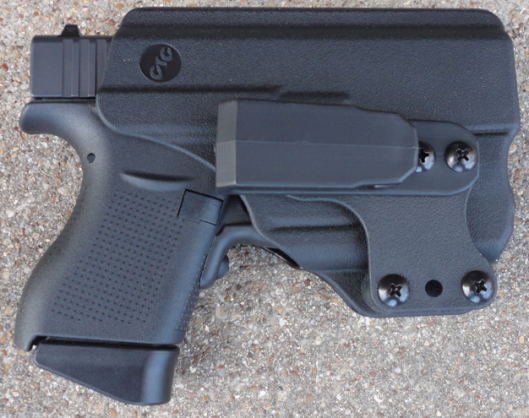 But Jihadists will have AK-47s and bombs. Handguns are no match for that! It’s always best to carry the most effective possible weapon into a gunfight, but we can never know when one will occur, thus the handgun. Terror attacks tend not to take place at distances where rifles have a decisive advantage, and who would choose to be unarmed merely because they can’t carry a perfect weapon?

One may choose not to carry on the theory that it’s highly unlikely they’ll ever need a gun. After all, terrorist attacks are still relatively rare. However, the FBI has admitted they it is conducting terror investigations in all 50 states–consider what they don’t admit–and many recent attacks were made by radicalized individuals with no apparent direct ties to Islamist organizations. There is nothing to prevent a terrorist attack anywhere and at any time.  It’s unlikely the Americans killed and injured in attacks on American soil imagined what would happen to them; it’s most likely they never gave the possibility the slightest thought. 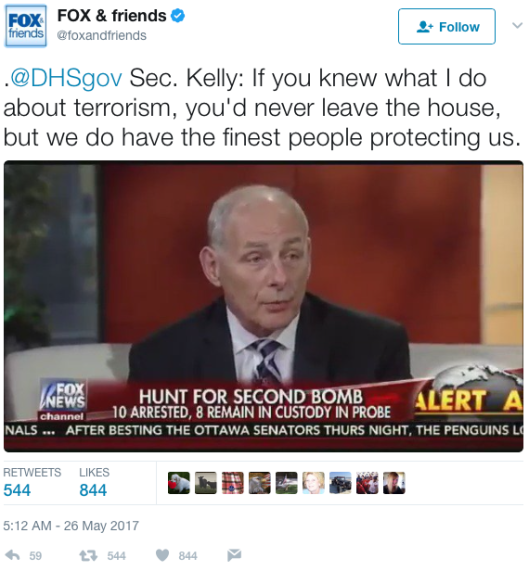 Speaking on “Fox & Friends,” he described how the global terror threat right now is far worse than the public is led to believe.

‘It’s everywhere. It’s constant,’ Kelly explained. ‘It’s nonstop. The good news for us in America is we have amazing people protecting us every day…But it can happen here almost anytime.

I was telling [Fox host] Steve [Doocy] on the way in here, if he knew what I knew about terrorism, he’d never leave the house in the morning.

Kelly’s comments are accurate. Evil exists, and terrorism is only one manifestation of it. The good people about which Kelly speaks provide protection in policy, in the abstract. Terrorist–and criminal–attacks take place in the here and now. The thoughtless, and common, political admonition to carry on regardless of the threat is at least partially rational. What’s entirely rational is being prepared in the face of new, and more deadly threats.

Terrorists are deterred when they know they might fail. That’s why they choose vulnerable venues for their attacks. The best deterrent, the best defense, is multiple, armed and trained Americans, everywhere, ready to send Jihadists straight to Hell.  Let the barbarian understand Americans are never easy targets.