The Mosby-caused disaster is endless, despite the efforts of people of good sense, actual ethics, and good will to end it. Fox News reports:

Attorney [General] Jeff Sessions warned that the agreement negotiated under the Obama administration to overhaul the troubled Baltimore police force may result in ‘a less safe city.’

His warning comes after a federal judge approved the agreement despite the harsh objections from the Justice Department.

President Trump’s attorney general said in a statement Friday that the Baltimore agreement shows ‘clear departures from many proven principles of good policing that we fear will result in more crime. 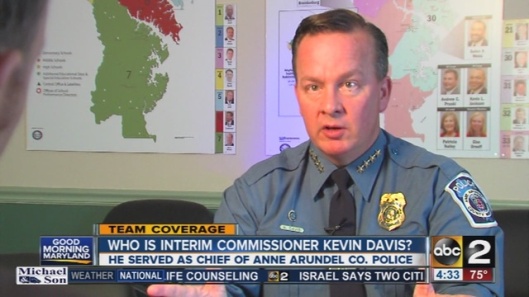 It should be no surprise that the Baltimore Police Commissioner Kevin Davis is an enthusiastic supporter of the consent decree, as is virtually every Baltimore politician, including the mayor. Rank and file officers do not see Davis as an ally, and his job is dependent upon parroting the Democrat Party narrative, which is the status quo in large, Democrat-ruled cities. It should also be no surprise that the near-total suppression of the police force has resulted in skyrocketing rates of serious crimes.

The decree was negotiated during a rushed process by the previous administration and signed only days before they left office,’ Sessions said. ‘While the Department of Justice continues to fully support police reform in Baltimore, I have grave concerns that some provisions of this decree will reduce the lawful powers of the police department and result in a less safe city.

U.S. District Judge James Bredar was, of course, enthusiastic about the decree, which is a direct result of the Freddie Gray case. The social justice movement couldn’t convict six police officers of Gray’s death because they were, by mere coincidence, innocent, so the Obama/Lynch DOJ was determined to get its pound of flesh otherwise.

He denied a request to delay the signing to give the Trump administration more time to review the agreement. At Thursday’s hearing, a Justice Department attorney expressed ‘grave concerns’ about the plan, aimed at rooting out racist practices.

Baltimore’s new mayor is also supportive of the decree: 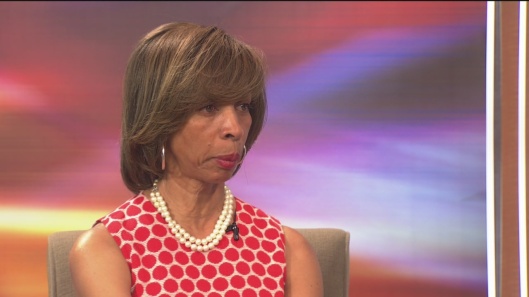 Mayor Catherine Pugh disputed the notion the decree will hurt the fight against crime.

I believe that it makes Baltimore safer,’ she said. ‘I think by building and training our police officers in ways to de-escalate violence, to work with our communities, to have cultural diversity training and have the right kind of tools they need to know what they can do in certain areas of our community … I think it’s improved policing.

For any city, nothing improves public safety like “cultural diversity training.” In Baltimore, that essentially consists of preventing officers from proactively dealing with criminals, particularly black criminals. It also prevents officers from making Terry stops, and from making most misdemeanor arrests, all necessary tools if crime is to be suppressed.

The homicide rate in Baltimore immediately spiked after the riots over Gray’s death, leading some residents to accuse officers of taking a hands-off approach for fear of increased scrutiny.

The soaring crime rate has not relented. In the first three months of 2017, the city recorded 79 homicides, compared with 56 for the same period the year before.

Not to worry. As soon as the ever-dwindling number of Baltimore officers, and the new officers hired under a greatly relaxed qualification scheme are trained in cultural diversity, all will be well.

In the meantime, and some might think that contradicts what Mayor Pugh had to say about the consent decree, Baltimore’s local CBS affiliate reports:

Baltimore’s mayor is asking for help from the FBI as the city struggles to contain a soaring murder rate. But will bringing in the feds stop the killings?

Catherine Pugh pulled no punches earlier this week when she said the violence is out of control.

‘I’m calling on all the assistance we can possibly get because I can’t imagine going into our summer months with our crime rate where it is today, what that’s going to look like by the end of the summer,’ Mayor Pugh said. ‘… Murder is out of control.

But wait a minute! What about cultural diversity training? Isn’t the consent decree working? How can this be?

But WJZ has learned Mayor Pugh wants both manpower and technology from the FBI. [skip]

WJZ spoke to public safety expert Rob Weinhold, who isn’t sure the FBI alone will be effective.

‘I don’t think relying on federal resources is a new strategy at all, in fact, I think the devil is in the detail. You can talk about the FBI and that’s fine, but I’d actually like to see more emphasis on drug enforcement administration, ATF, and the Marshall service to get these folks who are wanted on warrants off the street,’ says Weinhold.

Weinhold is quite correct. The FBI does not involve itself in day-to-day local law enforcement issues. Not only does it not have the manpower, that is very much not its job. Agents detailed to assist local agencies are agents that are not dealing with terrorism and a wide variety of other federal crimes.

Weinhold is also correct about Marshalls arresting people with federal warrants, however, there are far fewer of those than are wanted on local and state warrants, so their effect on the overall local crime rate, even if they had the manpower to work such details full time, would be small. The ATF’s effect would be even smaller. While the FBI might assist with things like a temporary riot, by providing a drone or similar technology, it cannot, and will not, try to rescue Baltimore’s politicians from their continuing dismantlement of their own police department.

The question remains: will more FBI help effectively stop the bloodshed? The mayor believes she doesn’t have time to wait.

‘We are looking for all the help that we can get,’ she says.

Sheer delusion. And speaking of delusion, Western Journalism.com reports on the latest from Marilyn Mosby, who, to the sorrow of Baltimore residents, is still the chief prosecutor.

Baltimore State’s Attorney Marilyn Mosby is back in the news again claiming her unsuccessful prosecution of the so-called ‘Baltimore Six’ in the death of Freddie Gray brought needed reforms to the city’s police department.

In a speech before Rev. Jessie Jackson’s Rainbow PUSH Coalition in Chicago on Saturday, Mosby said, ‘Had I not been in that position as state’s attorney, had I not had a seat at the table to make the unprecedented decisions that I was forced to make, had there been no accountability, there’d be no exposure, there’d be no reform, and the systemic discriminatory police practices in one of the largest police departments would’ve persisted.”

The state’s attorney, who is up for re-election next year if she chooses to run, said the exposure she brought to the Baltimore Police Department helped usher in reforms such as body cameras for the officers, as well as additional training on how to treat suspects once they are taken in custody.

Ah! So the Attorney General’s concerns, the dangerously elevated crime rate, Mayor Pugh’s panicky cries for federal help, The BPD’s hemorrhaging of qualified officers and its difficulty in recruiting new officers, combined with its dramatic lowering of qualifications, such as previous illegal drug use, are all signs of Mosby’s stunning success and vision? Things are different in Baltimore.

In a signal she plans to seek re-election, Mosby emphasized to the Chicago audience how important it is for African Americans to win political seats to effect change. She said she is one of the few female African-American prosecutors in the country.

And what a magnificent job she has done.  So goes change in yet another progressive ruled city.

10 thoughts on “The Freddie Gray Case, Update 46: Everything Is Under Control–Save Us, FBI!”