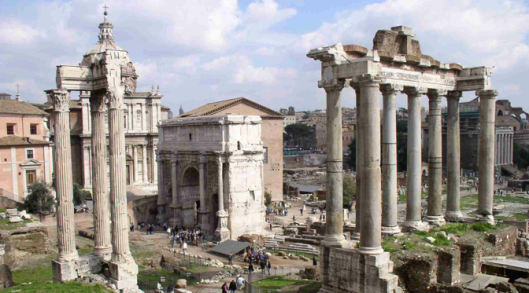 Every week on Monday, the WoW! staff, community and our invited guests weigh in at the Watcher’s Forum, short takes on a major issue of the day, the culture, or daily living. This week’s question: What Would Real Healthcare Reform Look Like?

Don Surber: The perfect health plan would leave it to the states. Medicaid would end. I’d keep Medicare because we paid into it and it’s an inviolable promise to those 65 and older (I am 63). The marketplace would make health care better and cheaper, especially if we eliminated third-party payer.

But we won’t agree on the perfect plan, and so we compromise. The following need to be included in the repeal-and-replace: 1. End the mandate for employers. 2. End the mandate for individuals. 3. End subsidies by 2020 (you have to give people time to adjust). 4. Finish the legislation by July 31 to give insurers time to prepare plans for next year. The open season begin in October.

My advice to conservatives is to understand there will be compromise, not because the people who oppose you are evil, but because they see things different, know things you don’t know, and don’t know things that you know.

Rob Miller: While I would generally agree that the less government in healthcare the better, c’mon. I live in the real world and it ain’t gonna happen. Too many people want the government gimmees and the lollypops. And too many of our politicians are just tickled to give it to them. If you want to know the real reason why so many of our politicos want the status quo, or something close to it, the reason is dead simple, and you can read it here and see if you don’t agree.

Two dirty words no one in DC wants to mention and the additional fact that illegal migrants are bleeding the system white are exactly why our healthcare system is in such dire straits now, and why the cost of care keeps skyrocketing.

And I think we can forget about the states being involved in healthcare too directly. A number of them like Illinois and California are essentially bankrupt and inept on top of it. California’s Governor Jerry Brown actually wants to spend billions putting together a kind of universal healthcare in California. This is roughly the equivalent of a couple living from paycheck to paycheck with serious debt to deal with deciding that hey, this would be a great time to buy a boat! And maybe a summer house by the beach! And do we need to mention how many of Illinois’s governors have ended up in jail?

Putting healthcare in hands like these would be like putting a sex offender in charge of a girl’s school. It would not end well.

If the feds are actually going to handle healthcare, ( and the Ryan Plan is nothing less than that) maybe we might as well go government mandated. There’s at least one system I’m familiar with that’s mandated and it’s one of the top rated healthcare systems in the world. And they managed to keep the virtues of competition and free choice intact while keeping care both affordable, efficient and high quality. We could mimic that, but to get anything remotely like  their kind of results, we’d have to change a few things that would not resonate well with a number of members of the political class.

Dick the Butcher in ”Henry VI” may have been on to something, present company excluded.

Mike McDaniel : In “repealing and replacing” Obamacare, Republicans, once again–still–are demonstrating why they so richly deserve the title: “the stupid party.” Oh no, they say, we can’t just dump Obamacare. Why not? How did America survive before Obamacare? As I recall–it was only about seven years ago–people that wanted health insurance had it. It was much cheaper, there were more choices, and deductibles didn’t render it impossible to use. There were more doctors, and much happier doctors, and no one was dying in the streets. One thing that has not changed is that hospital emergency rooms can’t turn people away. No matter how poor you are, they have to treat you.

Somehow, Republicans seem unable to understand this, or to speak about it.

As I also recall, merely having insurance has never meant having access to health care. They’re not the same thing.

Somehow, Republicans seem unable to understand this, or to speak about it.

Obamacare can and must be dumped, entirely, every word, every bit of punctuation. Unless we do that, unless we repeal the entire 2000+ page abomination, everything else is rearranging deck chairs on the Titanic. No one is going to be dying in the streets, though no one will ever know that if they’re waiting for Republicans, particularly the feckless Paul Ryan or Mitch McConnell to tell them.

What would real healthcare reform look like? Basically what Donald Trump has said it should be:

*Get the federal government completely out of it. Want to drain swamps? Getting rid of Obamacare is a great place to start.

*Allow insurance to be portable. Make it possible for people changing careers or jobs the option to take it with them.

*Allow people to band together in larger groups to take advantage of lower rates.

*High risk pools are entitlements, not insurance. If government wants to take that on, don’t urinate on our heads and tell us it’s insurance. But why not? We’re already racing headlong for the fiscal cliff on the high speed rail to nowhere? What’s another trillion or two?

*Allow people to buy any kind of policy they want. No maternity care for men, no prostate surgery benefits for women. If a young, fit, healthy 20-something wants only low-cost insurance for medical catastrophes, have at it.

There are other issues that could be helpful, including rescinding regulations that drive up the cost of drugs and make it almost impossible to bring new life-saving drugs and treatments to market. Deregulating the medical profession and easing the paperwork burden would be enormously helpful too, but that’s a topic for another forum.

The less government, at every level, has its fingers in patient’s medical charts, the better off everyone will be.

Bookworm Room: I don’t have anything intelligent to offer on the subject. I believe in the free market, which has been non-existent since health insurance’s inception, when employers offered insurance as a way to circumvent wage controls during WWII. In the decades since then, the health insurance market has been corrupted even further thanks to thousands of federal and state regulations. It’s been further corrupted by government price controls over fees and pharmaceuticals.

So while I see the problems, I don’t see solutions. I just know that socialized medicine never benefits the consumer and that ObamaCare didn’t benefit anybody at all. My instinct would be to take all that money the government shuffles around and return it to consumers in the form of an individual “health care savings account.” Consumers could than make choices about whether they want to hoard the money (making themselves their own insurers) or invest in insurance that would be offered on a nationwide, rather than statewide, basis. I suspect that would a free market, there would be a lot of affordable options.

States could keep skin in the game by having websites that insurance companies based upon whether they meet metrics each state desperately wishes it could impose on insurers. I know that I have Progressive friends who would never dream of buying insurance from Texas because it lacks the regulatory control California imposes — never mind that those regulations traditionally trebled the cost.

The Razor: I am a borderline anarchist on the subject.

The US healthcare system is so screwed up I feel like the only solution is to (rhetorically of course) burn it to the ground.

At this point I would take almost any other system than the one we have. Canada. Singapore. Israel.

Let’s outsource the problem to the Japanese I’m sure they’d come up with something better.

Honestly I am so angry with both parties on the topic because they have no clue as to how bad the situation is.

Nuke it from orbit and start over.

Laura Rambeau Lee, Right Reason: Since Obamacare was forced on the American people we conservatives worked hard to elect Republican candidates who promised us nothing less than full repeal of Obamacare. After seven years we have secured Republican majorities in the House, Senate and now in the Executive Office. It is extremely disappointing to hear the reforms being proposed such as the “three buckets” of legislation, and the excuses of how this cannot be done all at once. They have had seven years to perfect a good plan to withdraw us off of Obamacare and return health insurance and health care into the hands of the people, doctors, insurance companies, and the free market. We have fought too long and hard to see these promises not kept by our elected and “trusted” servants.

One thing we have learned, for those who didn’t consider or realize it before; health insurance is not health care. Many middle class people have experienced premiums and deductibles so high they can never afford to see a doctor. We are being told that premiums will not go down with what is being proposed and that in fact some will see their premiums continue to rise.

It seems like things were much better when we paid a reasonable premium for coverage we chose which met our needs and our budgets. If we wanted more coverage or lower deductibles or co-pays we paid a premium for that. If we chose to carry a catastrophic policy only and pay the rest of our medical costs out of pocket that was also an option.

Get government out of the health care business and return it to the free market. The laws should be lifted that insist on mandated coverages even when people do not need or want them. Allow insurance to be purchased across state lines. Make insurance more competitive.

Congress should put the repeal on Trumps’ desk that they put on Obama’s desk. This is what we elected them to do.

David Schuler : I posted earlier this week on a number of facts about our present health care system. These facts tell me that the reform that we need mean that health care prices need to be much, much lower than they are now and increase no faster than the non-health care economy and that it’s unlikely that we will see real health care reform.

For it to happen too many people will need to abandon their illusions:

Conservatives and libertarians will need to abandon the illusion that market reforms will change the system to something that we can afford while maintaining a reasonable level of public health.

Progressives will need to abandon the illusion we can reduce administrative costs or extract enough money in taxes from the private sector so that everyone can receive all of the care that he or she wants.

The suppliers of care will need to abandon the illusion that they can expect incomes as high as they’d like by providing their products and services.

Patients will need to abandon the illusion that they will live forever if only they receive enough care.

Since illusions are more comforting than facts, the prospects for real health care reform are bleak.

Well. there it is.

Make sure to drop by every Monday for the WoW! Magazine Forum. And enjoy WoW! Magazine 24-7 with some of the best stuff written in the blogosphere. Take from me, you won’t want to miss it.