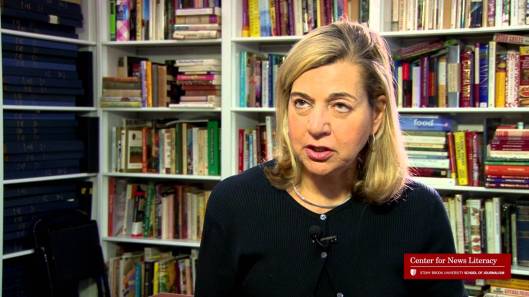 What is “fake news?” According to our intellectual, moral betters in the media, it’s not at all what we, deplorables all, think it is. Nicholas Ballasy reports at PJ Media:

Margaret Sullivan, media columnist for The Washington Post, said the term ‘fake news’ originally referred to a story written in the form of a news article that was not true but it has now ‘lost its true meaning.’

Sullivan said Facebook faces significant challenges combating fake news because it does not want to get into the ‘censorship business.

This is significant in that The Washington Post is very much in the fake news business these days, as I recently outlined in Washington Post: The Story That Wasn’t.

Obviously, Sullivan is well qualified to speak about such things. However, her suggestion that Facebook isn’t in the censorship business is, at best, a very selective interpretation, as that very organization has been quite busy censoring conservative speech for some time now.

Sullivan was asked to elaborate on a column she wrote last month about retiring the ‘tainted’ fake news term.

‘It wasn’t very long that fake news was in the conversation and people sort of understood what that meant for a brief time, and it meant a story – perhaps one of these things that was done in some other country, in Asia, that were pumping out stories about Hillary Clinton that were false, that were supposed to affect the campaign and were posted on Facebook, all of that sort of thing, and that truly was fake news,’ she said during a recent National Press Foundation discussion about understanding and combating fake news.

Of course! It was false stories about Democrats written in another country. We all know how those have been just filling the pages of The Post and the airwaves everywhere.

But fairly soon after that and very quickly the term became weaponized. It was co-opted particularly at first by conservative media and then quickly taken up by politicians to mean essentially anything they didn’t like that was in the news. And so it quickly became, I thought, useless because it no longer meant, ‘oh here’s a story in the form of a news story that isn’t true.’ It became a way to say this is just a bunch of liberal nonsense or this is a bunch of conservative nonsense, but it lost its true meaning,’ she added.

Greenberg agreed with Sullivan, adding that a lot of media literacy research has shown that ‘most people in the public’ do not understand the difference between opinion and straight news reporting.

‘It shows that most people in the public don’t really understand what journalism is. They don’t actually see a difference between opinion and straight-up reporting – to just choose two basic categories that everyone here would instantly understand,’ he said.

Oh, so that’s it! It’s not the fact the media is regularly publishing false reports, and only about Republicans, particularly Mr. Trump and members of his administration, it’s just those darned stupid Americans again. They don’t know the difference between opinion writing, and not just reporting, but “straight-up reporting.” We deplorables are just hopeless, aren’t we, gentle readers? What a disappointment we must be to the media. Ms. Sullivan again:

‘To see it so disparaged not only because trust is so low but by the president is pretty painful, but I am encouraged by some things, which is that we know that people are subscribing at a high level to some mainstream news organizations like the New York Times and the Washington Post and contributing to nonprofits that have to do with journalism, so that’s encouraging,’ she said. 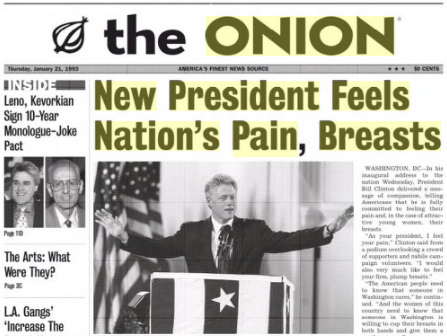 The brief article—and I suggest you take the link and read the whole thing—provides valuable insight into the minds of media figures. They really do think we’re stupid, after all, we don’t know the difference between opinion and news writing. Unfortunately for such fatuous intellects, we know the difference only too well, but clearly recognize they don’t, or are so smug and arrogant as to believe they can pass off their opinions as news.

One of the primary goals of any competent writer is to know his audience, and to write for them. Ms. Sullivan and Mr. Greenburg obviously haven’t a clue about anyone outside their newsrooms or their narrow social circles, all of which are centered in the deepest of deep blue communities. Their delusion extends to the alleged prosperity of their media organizations. It’s no secret the New York Times, for example, has been in dire economic straits for a very long time. Had it not been purchased by Mexican billionaire Carlos Slim, it would have closed its doors, and in January of this year, The Times was warning its employees of imminent staff reductions and budget cuts. And The Washington Post has scarcely been immune from downsizing.

Ms. Sulllivan’s pain, I’m afraid, is almost entirely self-inflicted. The last presidential campaign saw a legacy media absolutely dedicated to electing Hillary Clinton and doing whatever was necessary to destroy Donald Trump. Like never before, the media didn’t bother to pretend to be objective. Some media figures even brazenly and arrogantly admitted what they were doing. They were wrong about Clinton, disastrously wrong, and they are wrong about Americans now. 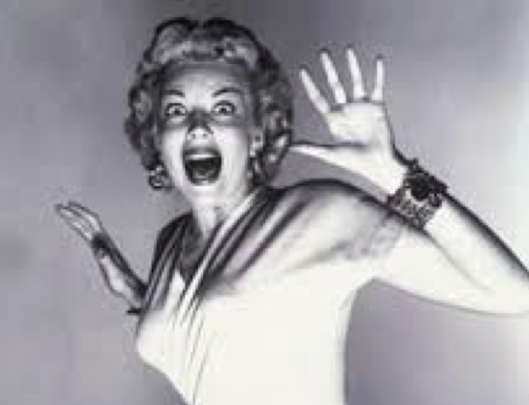 Recent surveys have revealed that nearly 100% of all monies donated in the last election by legacy media employees went to Democrats. They also reveal that somewhere between 90% and 100% of these employees self-identify as progressives. We do know, Journalist proved it, that media figures do sometimes conspire to attack their enemies: Republicans in particular and most Americans in general. Mostly, it’s entirely unnecessary. 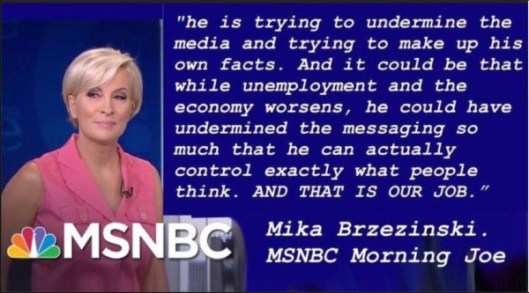 Media figures virtually all live in very cloistered communities, professionally and personally. They live in the blue states, progressive bastions, and they work in blue capitals. Virtually everyone with whom they work and associate share the same philosophies, assumptions and political certitudes. Virtually everyone they know thinks very highly of the people they see in the mirror every morning, believing them to be intellectually and morally superior to the little people of flyover country. They actually see their jobs as telling the little people what they should think and believe. Occasionally, their jobs take them to flyover country, those quaint but terribly backward provinces, where they must, for a thankfully brief time, interact with the strange and unsophisticated locals.

They don’t need to sit down at editorial meetings every morning and plot against their enemies. They all know who their enemies are. They all believe the same things, and they all know exactly what to write and how to write it. All the same, they do so enjoy ridiculing the people that consume their products, and expect them to like it. Their occasional cognitive dissonance at the little people’s failure to enjoy having their heads urinated on and being told it’s raining is deeply confusing to media functionaries.

For one more glance at the cluelessness and arrogance that characterize the legacy media, let’s return to Ms. Sullivan: 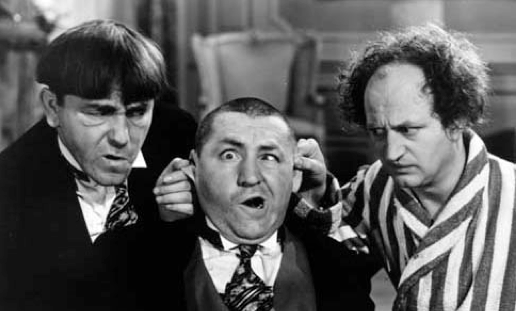 I also think that people are beginning to understand that if we are going to inform ourselves, as citizens must, that there has to be someplace that’s giving us a verified version of the truth – and, ultimately, I think people understand there are legitimate news organizations and places that aren’t,’ she added.

No, Ms. Sullivan. People already understand there are legitimate places to find the truth, and you and your media drones ain’t it. Oh, and Ms. Sullivan? This little article is primarily opinion, sprinkled here and there with verified facts. Just in case you were confused…

Pre-Posting Update: One might also visit the invaluable Iowahawk for additional information on what a near-complete abandonment of journalistic ethics is doing to the media. An excerpt:

As Casualties Mount, Some Question The Emotional Stability of Media Vets

Unrelated incidents, or mounting evidence of that America’s newsrooms have become a breeding ground for murderous, drunk, gun-wielding child molesters? Answers are elusive, but the ever-increasing toll of violent crimes committed by journalists has led some experts to warn that without programs for intensive mental health care, the nation faces a potential bloodbath at the hands of psychopathic media vets.

‘These people could snap at any minute,’ says James Treacher of the Treacher Institute for Journalist Studies. ‘We need to get them the help and medication they need before it’s too late.

It may already be too late.

4 thoughts on “The Washington Post: A Verified Version Of The Truth”