Mark Twain said nothing so needs reforming as the habits of others. This is an aphorism progressives have long taken to heart. They are as certain of the perfection of their beliefs and habits as they are of the depravity of the beliefs and habits of those that do not share their enlightened ideology. A reasonably well-off Chicago suburb—Illinois being a noteworthy people’s republic after all—is discovering the unpleasant truth of this, via Fox News:

A public school in one of Chicago’s wealthiest suburbs stepped into unforeseen controversy last week after deciding that its annual seminar would focus on race and civil rights.

Administrators and many parents have said the seminar is particularly important because of the school’s population. About 85 percent of the school’s 4,000 students are white with similar demographics among the teachers. In Winnetka, home to the main campus, the median household income is more than $200,000 and stately brick mansions are common.

Well of course. A school district with all of those wealthy whiteys is surely a bastion of racism and opposition to civil rights! Why, the white privilege must be stultifying. Actually, the mere fact I wrote “stultifying” is probably evidence of racism in and of itself: I had no idea I am such a racist! Evidence of racism is surely also the fact some residents don’t appreciate having non-existent racism and privilege rubbed in their faces:

“The ‘Parents of New Trier’ group said there is not enough diversity and the seminar day is too politically progressive and left-wing. The group, made up of several hundred parents, called for more conservative viewpoints.

Some parents and conservative groups have deemed the event during Black History Month ‘radical’ and ‘divisive.’ Dueling petitions circulated, heated emails were exchanged and hundreds of people packed a school board meeting beyond capacity.”

The school went about this in a way that ensures it will be narrow and divisive,” said Betsy Hart, who has two children enrolled. Hart, a senior writer at the conservative Heritage Foundation who says her school activism is separate from her day job, expects the parent group to continue pushing for more conservative voices at New Trier High.

Among some of the requests, the group wants to add research supporting voter identification laws to a session on voter suppression and ensure a panel on affirmative action includes contrasting views such as the suggestion that it’s detrimental for minorities. 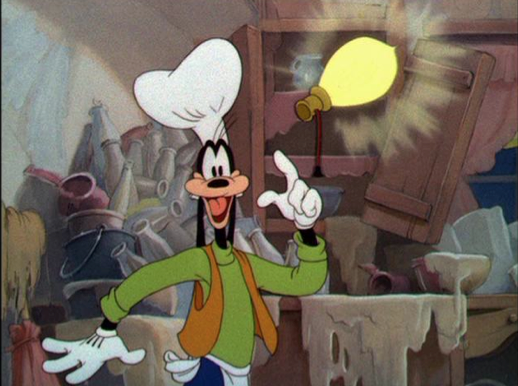 ‘Critical thinking is about more than having two opposing views,’ said Tim Hayes, an assistant superintendent.

Indeed, they had the opportunity to air concerns, which the obviously progressive school administration carefully and immediately ignored, and conservative, fact-based speakers can’t possibly “boost the seminar’s quality.” Why, they’d just try to make people believe “facts” and “logic,” and that would conflict with social justice. It would be terribly confusing. And of course, the very definition of critical thinking is: “ignoring and belittling all evidence that contradicts faulty, ignorant preconceived social justice notions.”

It’s a matter of the day being balanced. I see it as being too progressive and liberal,’ she said. ‘You shouldn’t feel guilty for attending such a great school and having a great education. You should feel blessed. The problem is progressives believe in equality of outcome. Opportunity matters not at all to them. The mere existence of white people, and schools that are 85% white, situated in well-off areas is prima facie evidence of racism, hatred, privilege and every and any other social ill progressives are currently touting. The fact that some areas will, by the law of averages, be well-off, and some will be mostly white, matters not at all. They exist, they’re racists, they need to be “educated” about their privileged racism. Such “education” consists mostly of telling them how privileged and racist they are, and demanding they feel guilty about it.

It is, with much of progressive ideology, self-defeating. It is the nature of capitalism, the most successful economic system in history, that some will be very prosperous, a great many will be prosperous, but not wealthy—the middle class—and some will be poor to various degrees. If it were not possible for most Americans to be “privileged,” as in living a reasonably comfortable middle class existence, we would be living in a strictly stratified class system where the poor could never hope for anything better, which is the plight of most of the world’s people.

Most Americans are anything but privileged. Everything they have, all the material comforts they enjoy, are the result of decade after decade of responsible behavior, good personal choices, a life morally lived, and hard work. For this they must feel guilty? For this they must be hectored by the irresponsible and immoral, people who have made terrible personal choices and have no idea what hard work is? As always, the left has it backward. The school should be presenting seminars on how to be successful, not on how to harass the successful. People should be lecturing on responsibility, habits that make one employable, how to avoid bad choices that ensure a life of poverty and dependence, and above all, on why envy and hatred are self-destructive.

Other students argue that’s the point. Some have prepared for Seminar Day by watching Spike Lee’s 1989 film, ‘Do The Right Thing,’ which tells the story of simmering racial tension in a New York neighborhood that erupts in violence.

What seems to be missing from this particular story is any evidence whatever of the presence of racism or a lack of appreciation for the civil rights of anyone at this school district. Therefore, preparing for such a seminar by watching a movie about racial violence, which is apparently absent in this Chicago suburb, seems more a matter of incitement than healing and education.

It seems the Obama era of racial healing is far from over, at least in the People’s Republic of Illinois. Perhaps there’s a lesson in that after all.