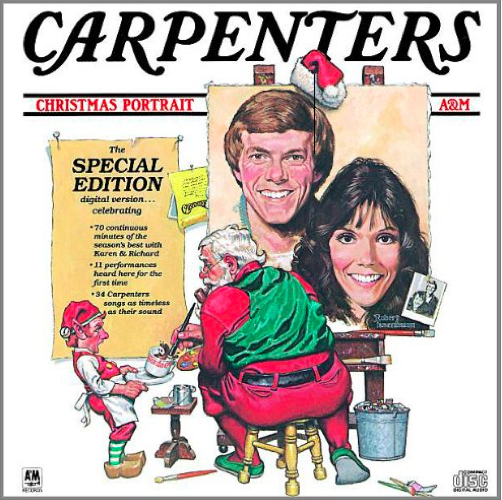 Greeting cards have all been sent

The Christmas rush is through

But I still have a wish to make

A special one for you…

Thus begins one of the most achingly beautiful, vocally perfect Christmas songs of all time, yet one not nearly as universally known as it deserves to be. By all means, take the link. Merry Christmas Darling by the Carpenters, has long been one of my favorite Christmas songs. First released in 1970—I was still in high school then—I appreciated it, not only for the melody and gorgeous harmonies so often lacking in the popular music of the time, but for the emotional beauty and interpretive power of Karen Carpenter’s voice.

But I can dream and in my dreams 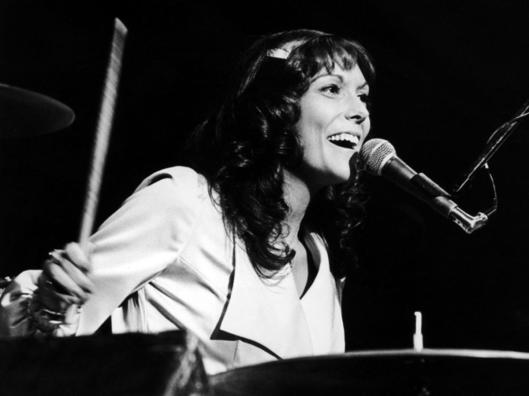 This was the Carpenters’ first attempt at Christmas music. The lyric was written in 1946 by Frank Pooler, who was the choir director at California State University, Long Beach. Karen and Richard Carpenter were both part of the choir. In 1966, at Pooler’s request, Richard composed the music for this ballad, which was first released in 1970. This sparked the interest and idea of a Christmas album by the Carpenters, and on October 13, 1978, Christmas Portrait was released.

In a fascinating coincidence, Pooler, then 19, originally wrote his version of the song one Christmas when he was separate from his girlfriend. They broke up before he could give her the song, but many years later, Richard Carpenter composed his version when he was also only 19.

Christmas is a time when absence is most acutely felt, when spouses, parents and children and family members find themselves miles, even continents apart. The song speaks to those longings:

When I’m near to you

The lights on my tree

I wish you could see

I wish it ev’ry day

Logs on the fire

Fill me with desire

To see you and to say

Many don’t know—my students are clueless—of the Carpenter’s place in music, and of their influence on today’s artists, at least those with some degree of taste and actual musical ability:

The brother-sister duo the Carpenters was one of the best-selling recording acts of the 1970s. Ten of their singles sold a million copies or more and the voice of lead singer, Karen Carpenter, was a staple on the radio airwaves throughout the decade. Karen’s voice inspired legions of singers that came after her, ranging from KD Lang to Madonna, who included a tribute to her with the song “Rain” on the 1992 album Erotica. However, Karen’s brother, Richard, a piano player and composer, said that Karen really thought of herself as a drummer who happened to sing.

The Carpenters broke into recording when they were signed to A&M Records in 1969. By 1970, on the strength of the title track to Close to You and the single “We’ve Only Just Begun,” the Carpenters became a music sensation. The album earned eight Grammy nominations, with wins for Best New Artist and Best Contemporary Vocal Performance. They followed that up with a Grammy award in 1971 for “Superstar” from the album Carpenters. The song was remade decades later by Sonic Youth as part of a Carpenters tribute album and was played in a key scene in the 1997 movie, Juno, in which Juno claims to prefer the original version better. So does Richard, who said he neither likes nor understands the interpretation, although the band’s singer, Kim Gordon, is a big fan of Karen’s work.

And what a singer Karen Carpenter was. Her crystal clear alto ranged from soaring highs to full, soothing lows, but was always possessed of a warmth and passion that were an essential element in the Carpenter’s success. She knew exactly how to interpret lyrics, and her enunciation was natural and relaxed, yet every word was perfectly intelligible. This too was unusual in the rock era where lyrics were commonly shouted or growled, and often mistaken for something else entirely, such as Jimmy Hendrick’s Purple Haze: “”scuz me while I kiss the sky,” which was often mistaken for “”scuz me while I kiss this guy.”

For a young singer like me, the Carpenters were a revelation, and role models. My fellow singers used to gather and sing along to every new Carpenter’s album, mastering not only the lyrics, but the clever and beautiful harmonies. Not only were the lyrics easy to understand, they worked so well with the music one could remember them after a single hearing. I admit it: I had the hots for Karen Carpenter long before I ever saw a photograph of her. I was in love with her voice, and I’ve never stopped appreciating it, and her.

One often hears slurring vocal gymnastics from contemporary pop vocalists, and the uninformed think it skill. All too often, it’s a means, like excessive vibrato, of avoiding precisely singing a pitch. That’s absent in Karen’s singing, which perfectly matches vowel to pitch, and perfectly blends inflection with lyric.

Richard was the composer and excellent pianist, but both Carpenters demanded perfection of their accompanying musicians, and were well known as “one take wonders.” Musicians, particularly pop musicians, often require take after take merely to get a single song not only relatively in tune, but together. Songs that sound effortless might be the product of endless editing, but not the Carpenters. They would often produce a perfect master recording in a single take. That, like everything else about them, was unusual, even extraordinary, not only in their day, but even today.

That I wish you Merry Christmas

I’ve just one wish on this Christmas eve

I wish I were with you

Over the years, Merry Christmas Darling has become one of the songs I so look forward to hearing during Yuletide. It brings back absent friends and more carefree times from long ago with perfect clarity, the clarity only musical memories can produce. The song never fails to bring tears to my eyes.

The Carpenters recording career came to an abrupt and tragic end in 1983. Karen battled anorexia nervosa for many years, at a time when relatively little was known about the condition. She was visibly underweight and began to suffer the effects of her disease in the late 1970s. Attempts at treatment were unsuccessful and on February 4, 1983, she was discovered collapsed in her home. She died from heart failure and complications of anorexia. In 2009, 40/40 was released, featuring 40 tracks to celebrate the 40th anniversary of the Carpenter’s signing with A&M Records.

Even as the song speaks of absence, it affirms the love that transcends distance, that waits, faithfully, for reunion. 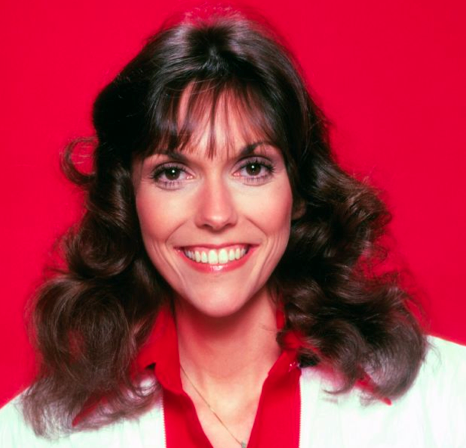 On this Christmas eve, we wish you were with us, Karen.