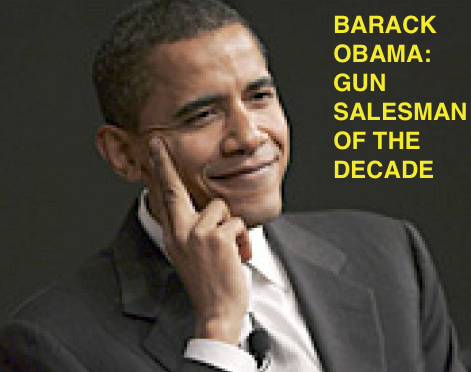 NOTE:  This article was originally intended to be posted shortly after the Charlotte racial uprising, about a month ago, in response to what appears to be a clearly justified police shooting.  The trends outlined in the article continue today across the country.

There is little doubt Barack Obama is the gun salesman of the decade, heck, the century, thus far. Many think this due to his anti-liberty, anti-gun philosophies, and his cynical attempts to push gun control measures after school attacks like that in Newtown, CT, and of course, following virtually every terror attack. While Mr. Obama refuses to identify such attacks as motivated and carried out by Islamist terrorists, he has never hesitated to paint law-abiding American gun owners as terrorists and criminals.

But it is not merely his anti-gun tendencies that have dramatically increased gun, ammunition and accessory sales. Even many progressives, while not yet abandoning their political faith, have become first-time gun owners, and found themselves associating with, and being advised and trained by, the God and gun clingers they previously reviled.  Hillary Clinton’s candidacy–she’s actually running on gun control–is also stimulating gun, ammo and accessory sales.

There is no question that sales have peaked in response to events, but they are not the only, and certainly not the long-term driver of gun sales. The engine of this particular economic revival is the increasing destruction of the rule of law. An example is Charlotte, N.C., as reported by The Washington Examiner:

The explosion of racial violence in Charlotte, N.C. has led to a gun buying spree by locals worried about their safety.

At Hyatt Guns, one of the nation’s largest, staff arrived Thursday morning after the second night of riots and encountered a line of buyers.

‘First off, our prayers are with law enforcement this morning. People are afraid. They see lunacy in the streets being perpetrated by criminals and they are gearing up to protect themselves,’ Justin Anderson, director of marketing for Hyatt Guns told Secrets.

Anderson said that sales of self defense weapons has been swift this week, both in person and online.

‘Sales last night were brisk. Most of the purchases were self defense shotguns and 12 gauge buckshot,’ he said.

‘We had people waiting at the door this morning who are looking at similar guns. People that were on the fence about buying a gun prior to last night are now making that purchase,’ added Anderson.

A riot, like that in Charlotte after the death of Keith Scott, is the kind of situation that will contribute to a short-term local bump in sales. Events of that kind serve to dramatically remind the public that the police cannot, and in many cases, will not, protect them. Unlike some past riots elsewhere, the local police, state police and National Guard, responded quickly and effectively by the second night, essentially preventing the chaos of the first night of the “protests.”

The initial buying surge will abate, but the gun industry will continue to be more vital than anyone expected because Americans are watching the rule of law burn to ashes around them. Charlotte residents have to worry not only about out of control criminal mobs, but about the Ferguson Effect. Will local police, as everywhere else this kind of racist violence–and I’m not speaking about the police–end up under the thumb of the Obama Department of Justice, and find themselves unable to effectively do their jobs, particularly where young, black male criminals are concerned 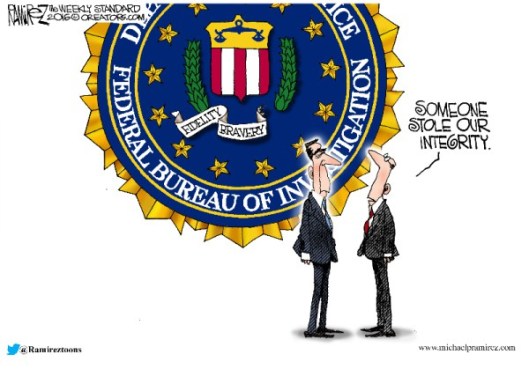 A more sobering lesson is unmistakable for Americans closely watching the Clinton e-mail scandal. The FBI and the DOJ have, like the IRS, been thoroughly weaponized against the American people, particularly conservatives, or anyone that appreciates the rule of law and the Constitution. Americans have lost faith in the DOJ and the FBI; they’re no longer trustworthy. This is a major factor that will drive the expansion of the gun industry, and particularly the ammunition industry, long into the next century.

What if Hillary Clinton is elected? There will be a short term–by that I mean a year or a bit more–run on guns, ammo and magazines that will outstrip even that inspired by Barack Obama. If anything, Clinton is a more rabid gun grabber than Obama, and she is actually campaigning on gun control, remarking that Heller–the case that found the Second Amendment refers to a fundamental, unalienable individual right to keep and bear arms–was wrongly decided. As I’ve recently written, that can mean only one thing: she believes there is no individual right to keep and bear arms, or at the very least, there is no restriction on that right that would run afoul of the Constitution.

With the appointment of a liberal justice, the balance on the Supreme Court would change from justices that at least consider the history and text of the Constitution, to justices that decide cases only on progressive goals and philosophies. With Clinton, the Second Amendment could be so enervated it has no application in the lives of individual Americans within a year. 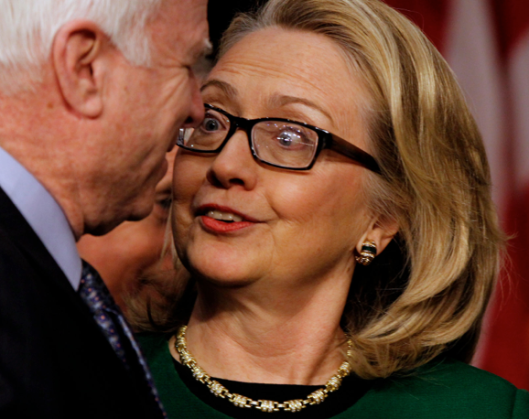 This may be the most important issue of this election. The Second Amendment secures the rest of the Bill of Rights and the Constitution. It deters tyranny–that’s why Democrats never stop trying to take away the guns of the law-abiding–and makes resisting tyranny possible. This too is why Democrats feign outrage at the mere mention of the Founder’s design in writing it. What other right matters if the Second Amendment falls? What other right can long stand against a lawless, entitled, morally superior president, Supreme Court and media?

The people of Charlotte are buying guns, for the moment, against the immediate and very real threat of out of control, racist mobs. But all Americans will continue to arm themselves against those determined to fundamentally transform America into the kinds of failing and failed pseudo-Marxist states in the headlines. When Americans become convinced the rule of law is dead, they’ll need every gun and every cartridge.

The Founders understood that when it comes to preserving our lives and those of our loved ones, we’re on our own; we always have been. More and more Americans are awakening to that inherent fact of human existence, even as progressives ceaselessly labor to disarm us, and to convince us the loving arms of government will provide for all our needs. Unless, of course, we happen to believe in liberty.

6 thoughts on “Charlotte: Guns For Sale!”