I’ve been writing on the social turmoil surrounding rape, and outlandish campus accusations of rape, for some time. I dealt with the issue most recently in Rape: The Consequences Of Bad Choices in June of 2016, and before that, Campus Rape And Social Justice: All Men Are Rapists in March of 2016 Perhaps most relevant to this article is Rape Investigation: Reality v. Narrative from March of 2015.

There are lies, damned lies, and statistics.

One need not engage in scientific debunking of that ridiculous 25% lie, though just that has been convincingly done. All that’s necessary is to apply a little common sense. If people actually believed that 25% of all women that shopped at the local mall would be raped, the mall would quickly be emptied of merchants and customers. Yet we are expected to believe that parents will not only happily send their daughters off to college where they are highly likely to be raped, but will pay tens, even hundreds of thousands of dollars for the privilege.

The Examiner explains why such lies gain currency:

Different federal agencies define rape differently, and activists looking to make it look like there’s a rape ‘epidemic’ occurring across the country can take their pick of data related to those definitions.

The Government Accountability Office, in response to a request from Sen. Claire McCaskill, D-Mo, discovered the disagreement among federal agencies of what is and is not rape. McCaskill herself is one of the biggest advocates for basing draconian legislation on of a broad definition that results in flawed statistics.

The GAO found ‘at least 10 efforts to collect data on sexual violence, which differ in target population, terminology, measurements, and methodology.’ It also found ‘23 different terms to describe sexual violence.

But don’t all police agencies provide specific statistics on rape arrests? Not quite. In addition, the current trend is for colleges to handle rapes themselves, never involving, or ignoring, the police, particularly when police investigations exonerate the accused.

These definitions lead to vast differences in the number of victims of rape and sexual assault. The FBI’s Uniform Crime Reporting system found 84,175 American rape victims in 2011, but the Centers for Disease Control and Prevention — using a much broader definition in a self-reported survey — estimated there were 1,929,000 victims in 2011. That’s a 2,200 percent increase.

Here we see the difference between the rule of law and social justice. Under the rule of law, accuracy and definitions based on statute are important. Under social justice, the ends justify the means. Reality is acknowledged only if it provides the right social justice outcomes. The rule of law renders just over 84,000 rapes. Social justice, just under two million. It’s easy to get that kind of result if one counts things like unwanted comments or touching, or disagreements about consent.

Of course, those pushing an agenda that sexual assault and rape — especially on college campuses — has reached “epidemic” proportions will use the broader definition, even if it is only backed by a self-reported survey. They use this information to promote bills like the Campus Accountability and Safety Act, which insists all accusers be believed and takes steps to ensure accused students have no ability to defend themselves.

GAO watchdogs point out the problem with using various definitions, writing: “Because there is wide variation in the results, entities that use federal data on sexual violence have a choice of which data to use, and entities reported using data that best suited their needs.

How bad does it get? 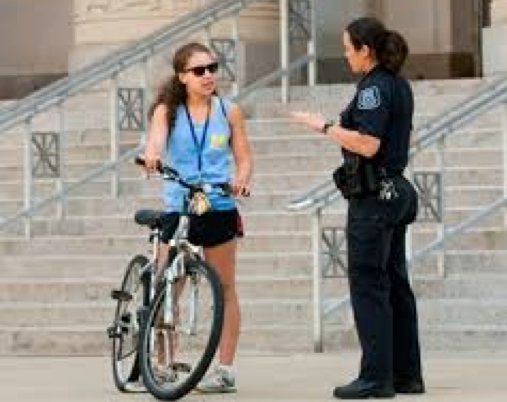 The broadest definition of sexual assault — used by the CDC — has created alarmism through a series of surveys that are all flawed in similar ways and continue to claim 1 in 5 college women as victims of sexual assault. These surveys lump everything from a stolen kiss to forcible rape into the category of sexual assault, even though the vast majority of women said they didn’t report any incident because they didn’t think it was serious enough.

When the trivialization of violent felony crimes becomes fodder for social experimentation and political exploitation, everyone suffers. Police officers investigating rape must deal with the elements of the crime as it exists in their state. Consider this example rape statute:

One is guilty of first degree rape when:

1) without the consent of the victim,

2) they commit penetration of any portion of the body,

3) with any portion of their body, or with any object.

The statute has three elements that require the crime must have been committed without the consent of the victim, and it must involve penetration of any portion of the body, with any portion of the suspect’s body, or any object. If any of those elements are missing, it’s not first degree rape. It may be some other specifically defined crime, but it’s not rape.

But if a woman was actually raped, shouldn’t the criminal be punished? What are you, misogynistic? You’re probably a racist too!

If we want to live under the rule of law rather than social justice, this is not a matter of patriarchal oppression or mere semantics. For a law—any law—to be constitutional, the person of average intelligence must be able to tell which behavior is and is not prohibited.

What rational person wants to live in a nation where any crime is what college administrators say it is at any given moment?

This explains why college administrators and faculty agitators don’t want the police involved in their “rape” investigations and tribunals. The police are restrained by having to obey the law! They have to prove each and every element of the crime, and they have to have actual evidence. Not only that, they have to consider the relative credibility of all of the witnesses and the supposed victim and suspect. Worse, they have to actually collect and consider all of the evidence. They can’t just ignore anything inconvenient to the desired outcome. With the rule of law, it’s due process and innocent until proved guilty beyond a reasonable doubt. With social justice, it’s verdict first, trial later, what the hell is due process? and guilty first, last and always.

Twain was right. Statistics can be twisted to provide any desired result. The question, not only for the presidential election, but every day, is: do we want to live under the rule of law, or social justice, where circa October, 2016, only black lives matter and rape is anything college administrators and professors say it is?