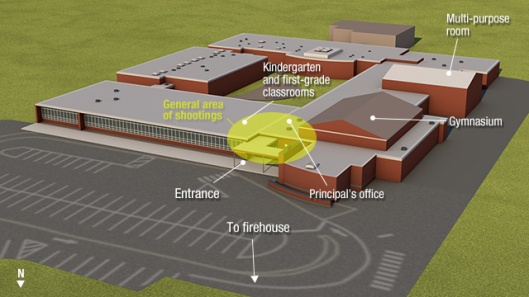 This, of course, did not stop gun banners from trying to destroy the firearm industry by filing frivolous lawsuits with language virtually identical to that of the Newtown defendants. The result was 15 USC Chapter 105, the 2005 Protection of Lawful Commerce in Arms act, which lists as its purposes:

‘(1) To prohibit causes of action against manufacturers, distributors, dealers, and importers of firearms or ammunition products, and their trade associations, for the harm solely caused by the criminal or unlawful misuse of firearm products of ammunition products by other when the product functioned as designed and intended. [skip]

(4) To prevent the use of such lawsuits to impose unreasonable burdens on interstate and foreign commerce.”

Even for federal legislation, the language is remarkably concise and clear. This section is even more clear:

A qualified civil liability action may not be brought in any Federal or State court.

You may wish to take the link and read the rest of the law. It’s relatively brief. Clearly, it was written to prevent precisely this sort of lawsuit, an attempt to harass the manufacturers of lawful products, a means of lawfare. Several of the survivors of the Newtown attack victims have, as regular readers know, been trying to sue the manufacturer of the AR-15 pattern rifle used in the murders, claiming AR-15’s are designed only for murder and are uniquely dangerous for civilians to possess, therefore the manufacturer, which must have known this, is liable. I ended that article (you’ll have to take the link to The Truth About Guns, where the full article was published) with this observation:

However, neither peace nor rest may be obtained by damaging the rule of law or the Constitution. The Newtown lawsuit is plainly unlawful and must be dismissed. I suspect any ‘right wing’ judge would apply the law as it’s written, which would take no imagination, but at least some moral work.

That suggestion turns out to be somewhat prophetic, as The New York Post reports:

A Superior Court judge has thrown out the lawsuit against the gun maker brought by the families of the Sandy Hook tragedy. 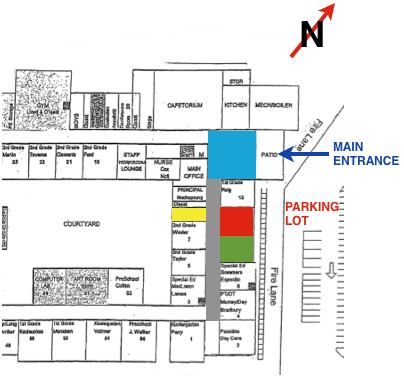 I do not normally publish the names of mass killers, but since it has already been done in this case… Lanza’s mother did not buy the rifle immediately prior to the killings. She tried, among other things, target shooting, as a means of bonding with her odd and socially withdrawn son.

The judge ruled the lawsuit does not satisfy the exception to federal law preventing lawsuits against gun manufacturers for the actions of gun owners under either the federal Protection of Lawful Commerce in Arms Act (PLCAA) or the Connecticut Unfair Trade Practices Act (CUTPA).

‘Although PLCAA provides a narrow exception under which plaintiffs may maintain an action for negligent entrustment of a firearm, the allegations in the present case do not fit within the common-law tort of negligent entrustment under well-established Connecticut law,’ the judge wrote. ‘A plaintiff under CUTPA must allege some kind of consumer, competitor, or other commercial relationship with a defendant, and the plaintiffs here have alleged no such relationship.

By any measure, such a claim, which the survivors involved did not actually make, would have been ludicrous. Lanza murdered his mother prior to his attack on Sandy Hook Elementary, and took her guns. He owned none. There is no doubt she would have stopped him if she could, thus his murder of her while she slept. There was no negligent entrustment.

While the families are obviously disappointed with the judge’s decision, this is not the end of the fight,’ said their lawyer, Joshua Koskoff. ‘We will appeal this decision immediately and continue our work to help prevent the next Sandy Hook from happening.

Obviously, they hope to find a leftist judge willing to ignore the law in favor of their progressive, social justice narrative. Now, Remington and the other defendants will be forced to spend huge sums of money over years, continuing to defend against a lawsuit that should have been dismissed within days of its filing. This is exactly the situation the law was written to prevent.

The lawsuit sought to overcome the broad immunity given to gun makers and sellers under a 2005 federal law, protecting them from liability when guns are used in a crime. But there is a small window for holding companies accountable, including instances of so-called negligent entrustment, in which a gun is carelessly given or sold to a person posing a high risk of misusing it.

As stated by the Post, the only culpable party would theoretically be a gun dealer. How could a manufacturer, whose products are sold first to wholesalers and then to dealers, have any culpability? This is, of course, not an issue for those that hate freedom. They want to damage anyone freely exercising their constitutional rights in any way possible.

Sandy Hook Elementary as it once appeared

As I’ve often written, progressives work as long as necessary to get their way. They worked over a century to get Obamacare, knowing it would fail, knowing it to be a lie. They designed it that way, as a means to get a single-payer–total government control–system. That single payer systems are disasters (see Canada and England) incorporating the death panels about which Sarah Palin warned, and for which she was reviled, matters not a bit to them. No progressive philosophy can possibly be wrong, and if it appears to be wrong that can only be because it hasn’t been applied long enough, hard enough, oppressively enough, or not enough money has been spent. Allowing anyone to oppose such policies is also a reason they might appear to be failing. Liberty gets in the way too. Get rid of opposition and freedom and the wonders of progressivism will finally, at long last, be made manifest.

Progressives will never cease in their long march toward total citizen disarmament and control. It’s an absolutely necessary prerequisite to the glorious, final people’s revolution, which will establish socialist utopia. Hillary Clinton is actually running for president as a gun controller. For decades, Democrats have avoided all but the most bland gun control mentions, but she knows the media is entirely in her pocket, which is another necessary prerequisite for the eventual glorious people’s revolution. She will campaign on destroying the Constitution, and the media will cover for her.

In a revelation that should surprise absolutely no one, Project Veritas recently secretly filmed Wisconsin Senate candidate Russ Feingold observing that Hillary would use executive orders to enact gun control she could not otherwise obtain. Clinton has, in fact, advertised she will take Barack Obama’s imperial precedent and expand upon it, issuing all manner of executive orders, from guns to immigration and beyond, and something less than half the American public will gladly vote for her to destroy their human rights.

America will never forget Sandy Hook, but not because of a desire to remember and honor the dead. Those that hate freedom, who also hate those that love freedom, will keep it alive, waving it as a bloody flag in the cause of disarming the law-abiding and patriotic.

You, gentle readers, may also wish to visit these additional past articles on Sandy Hook and its inevitable fallout:

This is a three part series that provides the facts of the actual attack and initial police response:

The Realities and Legacy of Newtown, Part I

The Realities and Legacy of Newtown, Part II

The Realities and Legacy of Newtown, Part III

This article is particularly amazing. It speaks of the results of a mental health commission established to make recommendations after Sandy Hook. You’ll come to the conclusion mental health professionals–at least those involved in this particularly commission–are crazier than the people they are supposed to heal.

2 thoughts on “Sandy Hook: The Bloody Flag Yet Waves”