In these troubled times, Americans regularly find the berserk cracktivists of the social justice persuasion coming into conflict with–well, with reason and rationality. The utterly unobjectionable causes special snowflakes, the perpetually aggrieved, to alternately wilt like a flower in a microwave oven, to threaten anyone and everyone, and to go into violent, uncontrollable rages.

That, of course, is why the police, and not just Cleveland police, are present in Cleveland, site of the 2016 Republican National Convention. Heat Street reports:

Students at Case Western Reserve University in Cleveland were so traumatized by the prospect of sharing their campus with armed police officers during the Republican National Convention next week that the university has opted instead to essentially shut down for the week.

The students were incensed that school officials had agreed to allow police officers imported to maintain order during the convention to stay in campus housing. More than 300 of them signed an online petition demanding that, among other things, the ‘riot police’ store their weapons off-campus between shifts, restrict themselves exclusively to the residence halls and abide by university rules regarding anti-discrimination and sexual harassment.

Some students even asked to be moved to alternative housing for the week, saying the increased police presence caused them to ‘fear for their safety’ following the shooting deaths of two black men in Minnesota and Louisiana.

Those that have been paying attention know that the police in Cleveland have been unusually well organized and effective in preserving the First Amendment right to free speech, while simultaneously arresting those foolish enough to defy them and break the law. Communists and others have been quoted to be very frustrated because there are so many police officers, it’s impossible to commit violence without consequences.

All of this speaks to dedicated professionalism and nothing else. Yet, the special snowflakes fear:

I am scared and concerned for students of color, queer* and trans* students and all university community members at the mercy of an arbitrarily expanded police force without clear oversight or attachment to the community,’ wrote one petitioner, Shannon Groll. ‘Please, protect CWRU as a safe space for all bodies.

Hmm. I know all police officers are racist monsters bent on murdering every black male they see–the President and media tell us so–but I had no idea they were also after “queer” and “trans” students, and “all university community members.” Golly! It’s a wonder any college student remains alive.

I am deeply troubled by the presence – even temporarily – of a militarized police force on the CWRU campus,’ wrote Keith Fitch. ‘The number one priority for an educational institution is to guarantee a safe environment for its students, faculty, and staff.

Ah! That would be why colleges are so widely publicizing their campuses as cesspools of misogynistic violence, where female students are almost certain to be raped. It’s also why they ignore campus and off-campus police, preferring to deal with rape with the expert investigative skills of University administrators who have attended a seminar or two, the main thrust of which is that campuses are cesspools of rape, and every “victim” absolutely must be believed, and particularly so when they are obviously lying.

This is convincing, don’t you think?

Said petitioner Andrew Stark: ‘The institutionally-sanctioned presence of militarized police forces in an educational environment is unacceptable and contributes to the creation and maintenance of a gendered and racialized space, physically, socially and psychologically unsafe for persons belonging to marginalized groups.

“Socially and psychologically unsafe,” eh? I suppose if one is an irrational, paranoid nutcase like Stark, that makes a sort of sense. I know when I was a police officer, my guiding philosophy was “the creation and maintenance of a gendered…space,” particularly in my police cruiser. I found having to switch in and out of female underwear too distracting. It got in the way of answering calls, writing reports, and the makeup got smeared everywhere.

Campus authorities responded by telling the special snowflakes to get a grip on themselves, and get a life.  Just kidding:

Campus administrators, including the campus President Barbara Snyder, tried to take students into consideration and address student requests as best as possible, but Tuesday morning felt they could no longer handle the overwhelming sentiment among the student body and simply closed campus for the week of the RNC.

President Snyder apologized profusely in an email to the students who had been ‘hurt’ when the college approved the city’s request to house officers. ‘[I]n answering the city’s convention request, we failed to give adequate consideration to the impact the decision would have on members of our community—in particular students staying in residence halls near the buildings housing the officers.

One will find Ms. Snyder’s photo in the dictionary under “sniveling invertebrate,” along with innumerable photos of other university Presidents and diversity administrators. Apparently not every institution of “higher learning” in the area is quite so afflicted with Milquetoastism:

Other campuses in the city, Cleveland State University and Cuyahoga Community College among them, have announced that they will close several buildings and cancel some classes, but have not had to take any drastic measures to protect their students from sleeping police officers. 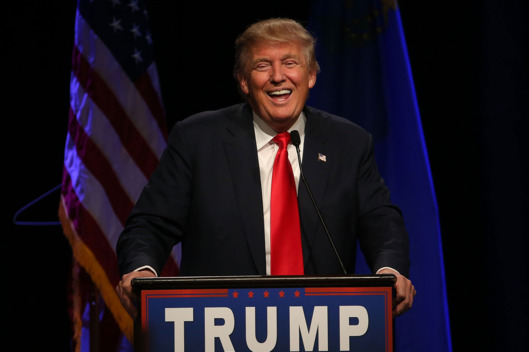 One would think the mere presence of Donald Trump would send these special snowflakes into paroxysms of fear and psychosocial distress. After all, the mere sight of his name, written in chalk, on a sidewalk, is sufficient to send many of them into a spiral of fear and loathing.  Could there possibly be enough “safe space” to accommodate such a horrific threat? But no; the real threat is the police.

Actually, to many college students, the police are always a threat, but primarily because of their underage binge drinking, their drug use, their tendency toward vandalism, drunk driving, assault, and a variety of other petty crimes. Imagine the horror of kids unable to get through the day without ingesting prodigious quantities of marijuana forced to go cold turkey lest the officers temporarily inhabiting unused dorm rooms smell their habits and come knocking! That sort of thing can really harsh the mellow of special snowflakes. Bummer, man!

My sincere concern is what will happen when–or if–these mindless twits ever graduate from college, and are stopped by a police officer, perhaps for running a stop sign, or having a taillight out. Will they experience full social, psychological, gender, queer, trans, racial overload and expire on the spot, thus becoming an instant social justice martyr, giving yet another social justice prosecutor the opportunity to build up some social justice street cred?

Is there no safe space safe from sleeping police officers?

Perhaps the State Board of Reagents ought to place an ad: