The latest faux-controversy involves Republican presidential candidate Mike Huckabee, President Obama and Israel. Perhaps it would be useful to note that the issue at hand is what is best for Israel and the feelings of Jews. Mr. Huckabee approaches the issue from the standpoint of thinking the survival of Jews, particularly Israel, is in their best interests. Mr. Obama approaches the issue from the standpoint of defending his legacy and pandering to American Jews whose progressivism always takes precedence over their Jewish identity or the survival of Israel and its citizens. The media, of course, reflexively supports Mr. Obama.

What did Mr. Huckabee say to so enrage our leader-from-behind-in chief? This:

This president’s foreign policy is the most feckless in American history. It is so naive that he would trust the Iranians. By doing so, he will take the Israelis and march them to the door of the oven. This is the most idiotic thing, this Iran deal. It should be rejected by both Democrats and Republicans in Congress and by the American people. I read the whole deal. We gave away the whole store. It’s got to be stopped. 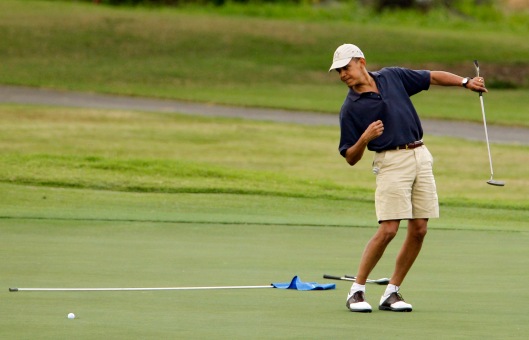 The particular comments of Mr. Huckabee are, I think, part of just a general pattern that we’ve seen that would be considered ridiculous if it weren’t so sad.

Mr. Huckabee has not only refused to apologize–though I have a bit of difficulty imagining to whom an apology might be required–but observed–the gall!–that Iran has not only repeatedly invoked the Holocaust, but on a daily basis swears to annihilate all Jews and utterly destroy Israel. He also dared to observe that the Iranian leadership has publically said that it’s a good thing that Jews live in Israel so the Iranians won’t have to chase them all over the world to kill them all.

Hmm. Might that be worthy of an apology to, I don’t know, the Jews? 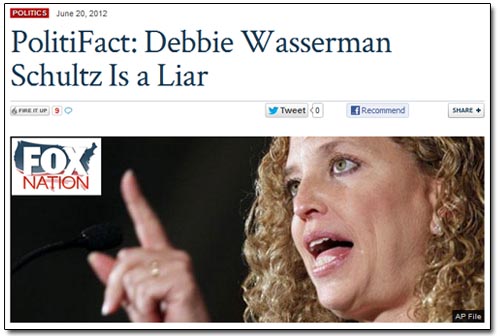 This rhetoric, while commonplace in today’s Republican presidential primary, has no place in American politics… Cavalier analogies to the Holocaust are unacceptable. Mike Huckabee must apologize to the Jewish community and to the American people for this grossly irresponsible statement.

The point of Huckabee’s argument is that because of his feckless deal with the Iranians, and because he unreasonably and foolishly trusts them, Mr. Obama is placing Israel and her citizens in deadly danger. This is an entirely reasonable, and tragically, easily proved, assertion. His invocation of Holocaust imagery is strong, but appropriate to the situation in that Iran daily promises to annihilate Israel with nuclear weapons, which it is feverishly working to obtain.

The fact is that the Iranians cry “death to Israel” and “death to America” every day in virtually every way. They constantly promise to wipe Israel from the face of the Earth. They regularly invoke the Holocaust in two primary ways: either denying that it occurred at all, or promising a second Holocaust, which to rational people would render their denial of a first Holocaust rather odd, but when we’re dealing with apocalyptic religious fanatics, reason and rhetorical consistency tend to be secondary concerns.

But this is not all. The Iranians routinely refer to Israel as a “one bomb state,” in that a single nuclear weapon could kill millions and essentially destroy the nation. This is no idle or far-fetched threat. They also routinely observe that they do not fear Israeli nuclear retaliation because an Israeli second strike would not wipe out the Islamic world, but would only cause substantial damage, but an Iranian first strike could essentially destroy Israel and its ability to defend itself thereafter. This too is no idle or far-fetched threat. Islam is a death cult, and the Iranians, a particularly unhinged version of that death cult. They truly not only don’t care that millions of Muslims would be killed, they embrace it.

Of course, the Iranians remain the primary state sponsor of terrorism, and have, for decades, killed Americans, Israelis, and infidels of all nations. They have, for decades, supplied Israel’s enemies with conventional weapons, and Israel is surrounded by enemies that are constantly adding to their arsenals of tens of thousands of rockets and missiles with which they intend to bombard Israel. Mr. Obama’s deal will, incidentally, provide the Iranians with billions with which to supply their terrorist proxies with even more and more effective arms, and with which Iran can buy more advanced anti-aircraft systems, which will kill even more Americans when a future president is forced to clean up behind Mr. Obama.

Note that in all of this, the Iranians show no fear of America. They seem to believe that if they attack Israel, America will do nothing. Under Barack Obama, they’re right.

So, in observing that Mr. Obama has made a foolish, dangerous deal with the Devil, and that its result will be an imminent, second Holocaust, who has Mr. Huckabee insulted? What moral boundaries has he transgressed?

He has, by telling the truth, insulted Barack Obama, who richly deserves far worse. Mr. Obama is insulted because Mr. Huckabee has told the truth about him and about his deal. In response, Mr. Obama portrayed himself as a great supporter of Israel:

‘Never again’ will be the policy of my administration and I will stand with our ally Israel to prevent the terrorists in Tehran from achieving their own stated goal of another Holocaust.

This from the man who argues that there is only his deal or war and he absolutely won’t go to war.  He also suggested that his deal is universally praised:

The good news is I have not heard a factual argument on the other side holds up to scrutiny. There is a reason 99 percent of the world thinks good deal.

Mr. Obama’s professed support for and determination to protect Israel will come as something of a surprise to the Israeli people, who are apparently part of the one percent that do not think Mr. Obama’s deal good. Even the most dovish Israeli politicians are united with Prime Minister Netanyahu in their belief that Mr. Obama’s deal is a deadly disaster for Israel and the world. Even Israel’s historic enemies in the region are united in their horror at this Obama deal.

So concerned is Mr. Obama, so firm in his resolve to support Israel, that he did not so much as ask Iran to drop its support for terrorism, or to abandon it’s resolve to destroy Israel. He didn’t even have the fortitude to ask that the Iranians have the decency not to talk about destroying Israel as they work to do just that. Nor did he bother to demand the release of American hostages. No, the deal was far too important for Mr. Obama to actually bargain on behalf of America or Israel. He remains Iran’s lawyer to the last.

This is vintage Obama: spout obvious and outrageous lies knowing the press will cover for him. How one can prevent a second Holocaust by means of a deal that guarantees that Iran will get nuclear weapons whenever it decides to build them is–to sane people–hard to reconcile with Mr. Obama’s rhetoric.

Also insulted are progressives everywhere, including politicians, American Jews, and the media. Why are they insulted? Because they must control the narrative at all times. For such people, the mere fact that one is talking with deadly enemies is an incredibly important accomplishment, as they have been telling us for years. Making a deal of any kind is an unassailable triumph of the will!

Ooops! I guess I insulted Mr. Obama and progressives everywhere–if they’re smart enough to get the reference. I won’t hold my breath; they tend, like Mr. Obama, not to be well read in history. P.S.: don’t bother asking for an apology.

Mike Huckabee has threatened to steal the narrative and focus it on the existential threat now forcing Israelis to the oven’s door. How dare he subvert Holocaust rhetoric?! How dare he tell people that The Deal is a deadly and entirely avoidable abomination? How dare he make us look foolish and reveal that our dedication to progressive ideology and our dear leader, Barack Obama, takes precedence over the imminent annihilation of a people?!

Mike Huckabee’s analogy can be judged to be wrong or right, but it is no insult. At worst, it is an overly alarmist assessment of the situation. What angers progressives most, however, is that it is not.

Who has the best interests of the Israeli people at heart? Who is most concerned about their feelings? Who is most concerned with learning the lessons of history and of avoiding disastrous appeasement? Those that support Iran, or those that warn that Iran intends to act on its rhetoric, and that when it arms Israel’s enemies, it intends that those weapons be used against Jews?

Hey, maybe someone should ask the Israelis about this?  Maybe they have their best interests at heart!

A mushroom cloud rising over Tel Aviv will be difficult, even for progressives and Barack Obama, to explain away, and will tend to have rather an unfortunate effect on Mr. Obama’s legacy. Such things tend to be hard for the press to cover up or spin. It might even convince enough Americans that Democrats can’t be trusted with the security of the nation or the world. Hell, that kind of thinking could even last beyond a single election cycle. To a progressive, that–not the nuclear annihilation of millions of American allies–is what’s really scary.

1 thought on “A Particularly Insulting Holocaust”