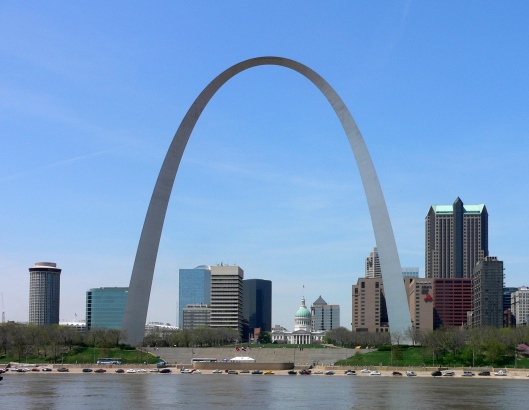 We are now experiencing the Ferguson Effect across America. Violent crime rates, after a precipitous two-decade decline are rising, in some cases, dramatically. The murder rate in Milwaukee has increased more than 100% in just six months, and other major cities, including Baltimore, have experienced similar increases in criminal violence. None of this should be the slightest surprise.

*All of the cities experiencing a rise in crime have been ruled, in most cases for decades, by Democrats.

*The police have been directly impeded in proactive policing, even ordered to allow rioters, looters, arsonists and other criminals free reign. As a result, some officers have been injured.

*Police officers can no longer be reasonably certain that politicians will not demand they be disciplined or even prosecuted over differences in judgment calls.

*The federal Department of Justice and Obama Administration have made clear their intention to suppress effective policing and to emasculate law enforcement agencies.

*Accordingly, officers are doing only what they absolutely have to do.

*Officers are careful to avoid putting themselves in positions where they might have to use force, particularly deadly force, against black criminals.

*Knowing this, predominantly black criminals, who comprise most of those committing violent crimes in those cities, are taking advantage of the lack of political will and shameless racial pandering.

*Police officers are being assaulted and assassinated, and cities are once again becoming cesspools of crime in time for a long, hot summer.

In many respects, Ferguson and Baltimore were merely convenient excuses to enact policies that social justice cracktivists, fueled by the DOJ and Obama Administration have been pushing for years: the idea that large numbers of criminals, particularly black criminals, in jail is, in and of itself, a societal evil. The solution? Stop arresting and incarcerating criminals.

If most of the people arrested and incarcerated for violent crimes are black, this is prima facie evidence of racial prejudice on the part of society and the police, or so the progressive thinking goes. That blacks commit crimes at rates far out of proportion to their population distribution is conveniently ignored. An allied argument that blacks receive more serious prison sentences than whites also conveniently ignores that the involved blacks tend to have far more lengthy and serious criminal records, which—if the criminal justice system is working properly—should result in more lengthy and serious sentences. One of the most valuable effects of prison is it prevents the worst and most productive criminals from committing crimes against the law abiding population, at least while they are incarcerated.

Perhaps the most ridiculous underlying argument is the “root causes” fallacy. Only by spending gazillions of taxpayer dollars on jobs programs, fighting poverty, education, recreational programs and the like can crime be combatted. To buy this argument requires one to believe that black people, if in less than optimum economic circumstances, must revert to barely civilized brutes who victimize anyone in sight while whites, Asians, and other minorities engage in crime not at all, or in such small numbers as to be statistically insignificant, when exposed to similar stresses.

Consider this from Powerline, which perfectly and hilariously encapsulates progressive thinking:

In chapter 3 of her book, Alexander performs the full Butterfield: ‘Today violent crime rates are at historically low levels, yet incarceration rates continue to climb.

Imagine that. It doesn’t matter that such thinking is based on lies—“hands up; don’t shoot”—and is muddled, even malicious, the inevitable result of progressive lies and policies is social and economic destruction and disrupted and lost lives. Such is the legacy of Michael Brown. But that’s not the only consequence, as SLT Today.com reports: 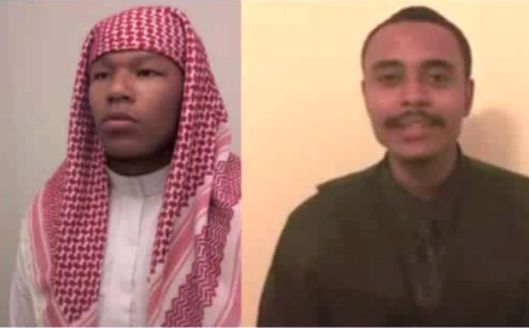 ST. LOUIS • Two men linked to a plot to blow up the Gateway Arch and kill a pair of top law enforcement officials were named on a federal indictment made public Thursday that accuses them of trying to use bombs in ‘violent acts’ during protests in Ferguson.

The Post-Dispatch reported in November that sources said the men, who were charged then with making false statements to obtain guns, also had plans to bomb the Arch and kill St. Louis County Prosecuting Attorney Robert McCulloch and then-Ferguson Police Chief Thomas Jackson.

The new indictment against Olajuwon Ali Davis and Brandon Orlando Baldwin, both 22, was not that specific. It says only that they tried to ‘damage and destroy, by means of explosives, a building, vehicle and other property.’

Baldwin also said he wanted to use the bombs against people, according to court documents.

What’s fascinating about this particular plot is it was delayed because one of the criminals had to wait for a welfare payment to buy the materials he needed to kill.

Davis paid a deposit on Nov. 18 and agreed to buy what he believed were three bombs, according to the documents. Days later, Davis and Baldwin picked up the devices and were arrested, authorities said.

No other details were given in court documents about the arrest.

The two bought what they thought was a pipe bomb in an undercover law enforcement sting, sources close to the investigation said in November. The defendants allegedly wanted to acquire two more bombs, but could not afford to do it until one suspect’s girlfriend’s Electronic Benefit Transfer card was replenished.

Two men admitted in federal court here Tuesday that they plotted to blow up a police station, vehicles and perhaps other targets, including the St. Louis County prosecutor and Ferguson police chief.

Olajuwon Ali Davis, 23, and Brandon Orlando Baldwin, 24, each pleaded guilty of four explosives and gun charges that will carry seven-year prison terms when they are sentenced Aug. 31.

What is interesting, and concerning about this situation is that the two Black Panthers were allowed to plead down to seven-year sentences when they were facing decades in jail. Practically, they’ll be likely to serve only a fraction of those sentences and be released, young men ready to plot to kill again.

Comedian Richard Pryor used to do a routine about how he visited a prison to speak with the brothers, to get down with them and celebrate their brotherhood. He exclaimed this naïve view with appropriate progressive idiocy, but the punch line, delivered with horrified seriousness and awareness was “thank God we got prisons.” The point was that in actually learning who we have in prisons, Pryor discovered that they belong nowhere else, regardless of color or good progressive intentions.

It should never be forgotten that one of the greatest advantages of our criminal justice system is the recognition that some people are inherently dangerous. When they’re in prison, they are not harming the innocent. It is also unquestionably true that a small portion of all criminals commit most of the serious crimes. Incarcerate them, and crime rates drop dramatically.

So here we have two racist terrorists who, if they were able to get the materials, would have murdered two white public servants–say, you don’t suppose that could be a hate crime, do you?–and any number of innocents who just happened to be within the blast radius of those bombs and the bomb they intended to plant in the Gateway Arch. Such intentions suggest that these are people who will be unlikely to see the error of their ways while in prison. And they’ll be out in a few years, somewhat older, wiser, and more able to enact their terroristic plans without drawing police attention. Aren’t there also federal terrorism laws that would apply? Where’s the DOJ?

Why were such people given such a boon? Yet another legacy of the Michael Brown case.

5 thoughts on “The Michael Brown Case, Update 15: The Ferguson Effect”